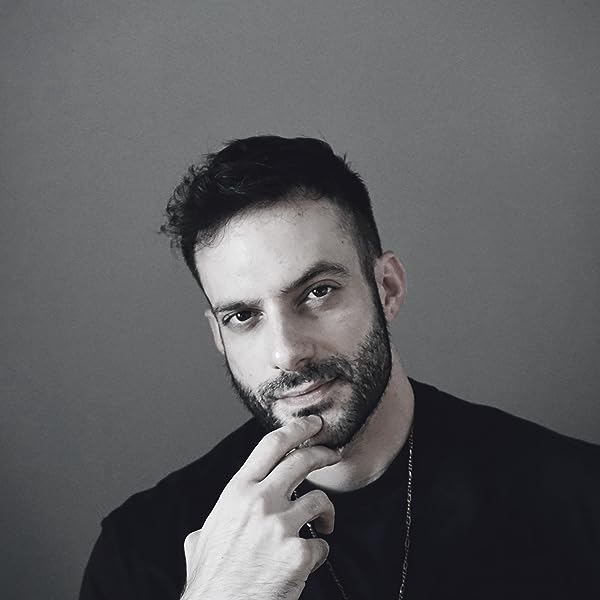 Speak Like a Leader: The Definitve Guide to Mastering the Art of Conversation and Becoming a Great Speaker 1st Edition

Adrian Iliopoulos is a thinker, entrepreneur, writer, YouTuber, and self-growth enthusiast. His undaunted thirst for knowledge has led him to interesting paths. You will resonate with his meditations if you find yourself at the nexus of audacity, tenacity, self-awareness, creativity, and antifragility.

4.1 out of 5 stars
4.1 out of 5
30 global ratings
How are ratings calculated?
To calculate the overall star rating and percentage breakdown by star, we don’t use a simple average. Instead, our system considers things like how recent a review is and if the reviewer bought the item on Amazon. It also analyzes reviews to verify trustworthiness.
Top reviews

Jim
5.0 out of 5 stars Great for Entrepreneurs
Reviewed in the United States on March 23, 2015
Verified Purchase
I recently started my journey in entrepreneurship and it didn’t take me long to realize that if I am not capable of communicating a powerful message with my words, I will never manage to be successful in this field.
A close friend of mine suggested me this book and although I was a bit reluctant in the beginning, I was hooked by the author’s narration immediately. It’s not only that I could relate myself to the author’s ideas, but also that his ability to motivate you while you read can help you become better at conversations unconsciously.
There are times in my life where I feel that I am incapable of starting a conversation or building deep connections with people I meet. The author managed to somehow make me feel good about myself and show me that speaking well is a skill anyone can attain and eventually a tool that can help you stand out among others.
Read more
8 people found this helpful
Helpful
Comment Report abuse

Kindle Customer
5.0 out of 5 stars Effective New Ideas.
Reviewed in the United States on January 17, 2016
Verified Purchase
To speak like a leader this author instructs how to be competent in small talk, meeting others, being approachable, and more. He says this short book is for the ambitious and the self-motivated. There is a power transfer as a result of wanting to approach others, competently start and comfortably continue a conversation and maintain the connection. The power is that these insights if practiced will change your thinking, without saying "change your thinking."
Many need to improve their thought habits to make better choices. By absorbing and practicing this, you can change for the better. The author calls this state when achieved "Unconscious Competence."
He is young, an internet writer and presents his insights succinctly. His style will be easier for younger readers who might be impatient with verbosity.
Read more
2 people found this helpful
Helpful
Comment Report abuse

Nate
2.0 out of 5 stars Not very insightful
Reviewed in the United States on January 2, 2017
Verified Purchase
Quick and easy read. There was some good content throughout the book but it was aimed more at being able to speak to others than to master speaking like a leader. Others which may lack basic social skills may find this more insightful.
Read more
Helpful
Comment Report abuse

Quan
5.0 out of 5 stars Well researched, detailed, and thorough, this book ...
Reviewed in the United States on April 9, 2015
Verified Purchase
Well researched, detailed, and thorough, this book shows us that we all have locked powers within us. Almost all of us are born with a tool designed to lead others in our chosen fields. However, very few of us actually learn how to use this tool. This book is the manual on how to carefully cultivate that tool in our everday lives.
Read more
3 people found this helpful
Helpful
Comment Report abuse

ElectricalEngineeringStudent
1.0 out of 5 stars Seems great at first...
Reviewed in the United States on December 27, 2015
Verified Purchase
Seems like a great book at first, but then by midway through it just seems like someones attempt to make money. Some of the advice is horrible, and the book is only credited to "Adrian," no last name or way to find other works beside the Quintessential man website. The book is also riddled with minor inconsistencies, such as the author giving advice about power stances and not appearing weak by crossing your arms, but then has his arms crossed in his publicity photo.

John Georgakakis
5.0 out of 5 stars A must read
Reviewed in the United States on March 23, 2015
Without exaggeration, I truly believe that this is one of the best books on speaking one can read. Let me explain why by analyzing each chapter:

In the first chapter Andrian makes a very important point. In order to become a great speaker you need to embrace your extraverted nature. Through a very nice and motivational narrative, he explains the differences between introverts and extroverts and helps the reader connect with a reality where he is an ambivert with extraverted tendencies.

Chapter 2 – The Art Of Small Talk

In the second chapter we are introduced to the subtle art of small talk. This is an area many people struggle with but Andrian manages to demystify it and suggest some effective methods that can make small talk easy for everyone.

The third chapter is dedicated to one of the most challenging areas - How to talk without running out of things to say. Although one would think that the author would suggest some strange systems in order for one to cope with this challenge, he actually suggests an incredible mentality shift; a mentality shift that can lead to incredible realizations and will eventually help one get over the limiting beliefs that get in the way between him and this challenge.

Chapter 4 – Storytelling And Humor Are Your Unique Selling Points

This is definitely my favorite chapter. Through a combination of storytelling, scientific research and hands-on advice, the author helps the reader get immersed in the idea of storytelling and how to make it part of the way he expresses himself. This chapter also goes deep into “The recipe for Humor,” and gives some great examples of Humor from famous comedians.

Chapter 5 – Controlling The Frame Of A Conversation

This is definitely one of the most interesting chapters of the book because it deals with an area we completely neglect while in a conversation – how to control our frame. Frame control is an ability that characterizes very powerful speakers, like politicians and comedians and also a skill that when harnessed, can help one influence and persuade others.

This chapter is dedicated to public speaking and presentations. Although one would think that there is so much to know about public speaking, the author makes a very interesting statement A successful speech is: 10% your idea + 50% your preparation + 40% attention grabbing techniques. He suggest some great ways to grab the attention of your audience and eventually deliver a great speech.

Chapter 8 – Flow – The Secret To Releasing Your Ultimate Potential

To be honest with you, I wasn’t familiar with the idea of flow and its importance in the way we speak and preform in general. When I read this chapter and became aware of its power, I realized that I would never see a conversation the same way as before. Now I am constantly aware of the idea of flow and I actively try to pursue it while in a conversation, thus making the conversation become more natural and effective.
Read more
7 people found this helpful
Helpful
Comment Report abuse
See all reviews