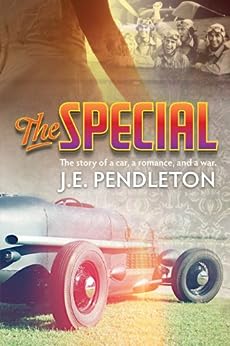 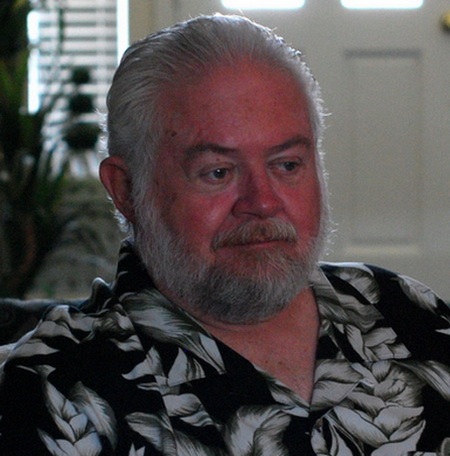 "I can't recommend this book highly enough"  HopUp Magazine Jan 2013 issue
First of all, the car on the cover has been in Hop Up, built by a friend of Hop Up; or you may have seen it at Lone Star Roundup.
Jim began to write the story of his "Special' build..and the story got legs, became a smash of a first novel and God knows where it will lead. Don't miss it: cars, lakes history all the right names of the pre war, wartime and immediate post war, a little bit of sex and intrigue and excellent development of characters and plots that, well, professional writers can do. --This text refers to the paperback edition.

J. E. Pendleton felt compelled to write his first book from his love of family, automobiles, and history. Although a novel, many of the characters and facts are based on truth. He is working on a series based on the origins of World War II, what he considers the single most important event of the twentieth century. He resides in Texas with his wife and family. --This text refers to an out of print or unavailable edition of this title.

Amazon Customer
5.0 out of 5 stars Really enjoyed this book.
Reviewed in the United States on May 29, 2016
Verified Purchase
I bought this book in both the Kindle and paperback versions after reading Peter Brock's enthusiastic review in the July 2016 issue of the magazine Classic Motorsports. I don't know about you, but if Peter Brock speaks, I listen. And, his review was spot on. It is a fascinating story that blends history, cars, and romance in equal measure. Finally, a love story where the good guy, rather than the irresponsible rogue, gets the girl! Being a gearhead, I found the scenes describing the building process of The Special very interesting but I particularly enjoyed seeing historical automotive giants such as Frank Kurtis and Fred Offenhauser brought to life on the pages. In addition, it is a tragic story as you know what will happen to the main character right from the first few pages of the book. That knowledge only makes the ensuing story that much more compelling. And, there is an interesting twist at the end that you will never see coming!
Read more
3 people found this helpful
Helpful
Report abuse

GAE-LYNN WOODS
4.0 out of 5 stars A Beautiful Tale of Love, War... and a Special Car
Reviewed in the United States on December 31, 2012
Verified Purchase
When it comes to race cars, J.E. Pendleton knows his stuff. Granted, I'm not a gearhead but I have a bit of knowledge about fast cars and while this isn't a 'how to' manual, Pendleton gives you enough information to set you well on the path to building your own 'Special'. He also builds a powerful romance and shows the reader how deeply the love of a family can flow.

There's a lot to love about this book. The story of Billy and Sally's relationship, how Carl's son Babe grows from a child to a man, Billy's service during WWII, and the heartbreaking ending. But it was the epilogue that gave me chills. Pendleton makes clear that the main character in this story is his Uncle Billy, but he leaves you wondering how much of the story that Babe shared is true. Because the story is so beautiful, I choose to believe that most of what Pendleton has written is real. And I suppose that's the greatest compliment a reader can offer an author: you made me believe.

Recommended to anyone who loves WWII era history, fast cars, or a great romance.

Crabber1967
5.0 out of 5 stars The Special - Love, War and a Car.
Reviewed in the United States on January 18, 2013
Verified Purchase
"The Special" is a book that will interest fans of multiple genres. The book will give its readers a feel for how life was in the US before WWII, how Hot Rodding and the precursor to the sport of Drag Racing began, and what life for airmen in England in WWII was like.

This book wraps romance, automobiles and historical narrative all in one package.

A young man goes to California looking for work in the aircraft industry. After getting a job a Convair he finds a room at a local man's house. The reader, from this part of the story, will get an idea what life was like in those more innocent days preceding December 7, 1941. Boarding in a private home was something that was quite common in the era before and during WWII.

The young man's landlord is a shop foreman at one of the Cadillac dealer's dealerships in California. In the pre-WWII era, dealerships for brands of cars could encompass a whole state, and so, the foreman's boss is quite well-to-do, indeed.

The young man is introduced to the Founding Fathers of Hot Rodding and the formative years of Hot Rods, which would evolve from speed contests, like the efforts at Bonneville that continue to this day, into Drag Racing as we now know it. The book is, in fact named "The Special" for the landlords' racing car, which forms a common thread through the multiple stories.

The landlord's young son did not take a major interest in The Special but, like most young boys of the era, was a avid fan of, and player in, local baseball teams. The reader is thus introduced to that bygone era when, seemingly, every boy played baseball and most boys' ambition was to make it to the Big Leagues.

The young man is also introduced to the love of his life, a beautiful blonde woman who just happens to be the daughter of the man who sells Packard autos across the entire state of California, and who is, of course, a major business rival to the landlord's boss: the Cadillac dealer.

The young man, the landlord and his young son, and the beautiful young woman come together as they all contribute to the building of The Special. And while doing so, building a special bond between them, becoming a 'family' of sorts.

The attack on Pearl Harbor on December 7, 1941, changes all their lives. The young man eventually winds up on an aircraft crew stationed in England, due in part to his aircraft knowledge gained while working at Convair. The resourcefulness of the young woman is demonstrated again as she endeavors to be with her young man while he is in England. She does this in quite a clever way, indeed.

The book tells of how life was for the aircrews in England as well as the citizens of England during wartime.

The story continues with the young boys' life and how he is introduced to the love of his life just as the idyllic life before the war is shattered. The book moves through the life of the young boy as he becomes a man, and eventually connects the reader to the narrator of the story itself.

We see how "The Special" race car has connected all these people and still exists as a testament to the great stories told in this book.

The reader will be treated to two intertwined romance stories and learn a bit about life as it was in the 1940's and about building a Hot Rod as well.

I thoroughly enjoyed this book, and as a "car Guy" I was, at first, hooked about the building of The Special, but soon began to care about the various characters' lives and their outcome. The Special itself is a common thread that connects seemingly disparate stories together.

An excellent story told in a unique manner, and I believe that you too, will come to care about the characters and their story as much as I did.

Tom Austin - Boston
5.0 out of 5 stars This was a wonderful love story
Reviewed in the United States on August 10, 2016
Verified Purchase
This was a wonderful love story, full of tragedy and suspense. The car focus in the first half of the book worked well but the story was really about the life and death of many people, across generations... I enjoyed it a lot. From place to place, cliches would predictably pop up but not enough to sour me on the book. Car culture was interwoven nicely... The story of the people, not the cars, will stay with me (and, in ways, haunt me) for a long time to come. Well done.
Read more
One person found this helpful
Helpful
Report abuse

Wilson R.
5.0 out of 5 stars The Special is Highly Recommended
Reviewed in the United States on October 7, 2014
Verified Purchase
Imagine being able to go back in time and find out the details surrounding family stories that you often wondered about.

If that isn’t enough, imagine then being able to actually touch history with the discovery that a family heirloom was safely tucked away all these years.

The author creates the perfect balance of family, life, romance and history in this beautiful story. I read this book almost straight through and it was very hard to take a break away from it.
Read more
One person found this helpful
Helpful
Report abuse

BrendaK
5.0 out of 5 stars Wonderful story!
Reviewed in the United States on September 19, 2012
Verified Purchase
The author has written a novel that will appeal to both men and women. From Texas to California during the 1940's this book sets a story that will many years later arouse another man's curiosity as he embarks on his own adventure from Texas to California; both men in search of something they love. "The Special" takes you on a full circle trip through time unfolding a tale of vintage cars, family, friends, love and tragedy. An easy read that you won't be able to put down until the last page is read.
Read more
2 people found this helpful
Helpful
Report abuse

Stan Florczak
5.0 out of 5 stars A most enjoyable read.
Reviewed in the United States on May 26, 2016
Verified Purchase
If you enjoy cars, romance, WW II stories, or any combination of these this book is for you. I was glad I was on vacation when the book arrived because I couldn't put it down.
Read more
2 people found this helpful
Helpful
Report abuse

Peter W. Nichols
5.0 out of 5 stars Excellent Reading on People and Times
Reviewed in the United States on August 9, 2016
Verified Purchase
Just about as good as they get. Excellent writing, research and feeling. Just about one of the top 5 books that I have ever read. Read it you will NOT be disappointed.
Read more
One person found this helpful
Helpful
Report abuse
See all reviews