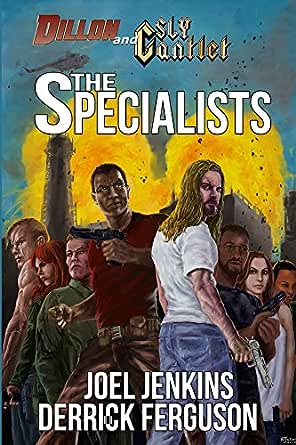 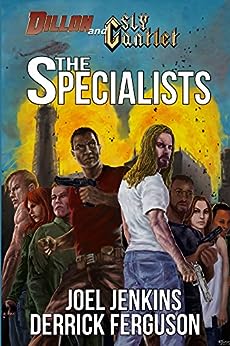 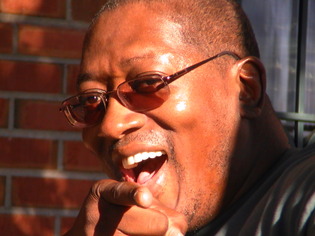 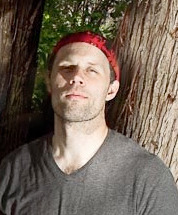 JaVaAnCy
5.0 out of 5 stars Excellent read!!! Strap on your seat belt for this wild ride
Reviewed in the United States on September 2, 2015
Verified Purchase
I always loved the Dillon character but I was introduced to Sly in this novel and I loved how these two characters play off each other - the competition and laugh out loud interaction. I loved this book and i'm in the process of reading Dillon and the Pirates Of Xonira. Should be another long, sleepless night :)

Thanks Mr Ferguson for helping me with this book (you know what I mean). I feel very fortunate to come across you & your writings.
Read more
One person found this helpful
Helpful
Comment Report abuse

IMHO:
Jenkin, and writer pal Ferguson, deliver another novel in short story sections, bristling with pulp action, blood and guts and fisticuffs, over the top, explosive, adrenaline-raged tableaus, violence and a little sex searing the senses.
Jenkins nimble versatility allows him to work furiously in a variety of pulp genres; in THE SPECIALISTS, we are treated to his action-oriented side. Blazing with bullets and gore and the takedown of secret installations, the prevention of nasty chemical warfare, and so forth, lands this in the realm of a feistier book Bond, James Bond. It plants it smack dab in the middle of the classic men’s adventure realm, though the writing of this pair of pulpers is superior to most of what Gold Eagle puts out, that being the last bastion of men’s adventure fiction in the (sort of) mainstream.
Thank the old gods we have the likes of Jenkins and Ferguson and PulpWork Press, along with a number of other New Pulp Publishers.
The vivid violence and high-octane action that fires off nearly every page of the twisting, turning plots of THE SPECIALISTS’ three connected yarns culminates in a story right out of Suicide Squad, minus the superhero/villainy. Serpentine yet straight-ahead, THE SPECIALISTS pulls out all the stops, unleashing a bloody array of gunplay and knuckle-slinging wrapped excitedly around plotlines that weave and deceive.
Jenkins and Ferguson work well together, offering THE SPECIALISTS as the latest entry in not one, but two, franchises – Jenkin’ Gantlet Brothers series and Ferguson’s Dillon books. Witty repartee, camaraderie, punchy fights and spitting guns, crashing vehicles and incendiary action – THE SPECIALISTS is a hot-blooded delight for any avid adventure reader.
PULPWORK PRESS
Visit theblood-shed dot com & noirjourjal dot tumblr dot com
Read more
2 people found this helpful
Helpful
Comment Report abuse

Ron Fortier
5.0 out of 5 stars Top Notch New Pulp Winner
Reviewed in the United States on June 2, 2015
In the world of New Pulp fiction, two of the coolest heroes out there are Derrick Ferguson’s Dillon and Joel Jenkins’ Sly Gantlet. The latter has appeared in several in adventures along with his brothers as they are a world famous rock and roll band who just happen to work for the U.S. Government as a side job. Whereas Dillon is a globe trotting adventurer much in the tradition of Leslie Charteris’ Saint, only with a lot more punch and swagger.

That these two larger than life heroes would team up for one action packed tale would cause for celebration. To do so in three tales, as this volume collects, is nothing but sheer pulp action Nirvana.

In “Dead Beat in Khusea,” our two heroes cross paths in Northern Africa and immediately butt heads over a beautiful Princess who once left Dillon out to dry in a previous adventure. No sooner do Dillon and Sly start going at each other when the lady in question is abruptly kidnapped by a group of black-clad terrorist and taken to a long hidden Nazi stronghold in the desert mountains. Their aim is to revive a horrible biological weapon that has lain dormant since World War II and use it to blackmail the rich countries of the world. The problem is the chemical threat has no antidote and could easily destroy all of mankind if allowed to spread freely. Now it’s up to our two heroes to find this hidden base, rescue the damsel in distress and save the day. And that’s just the first story.

“Dead Beat in the Gobi,” has Sly and Dillon fleeing from a Russian military base with the biological weapon they’ve just stolen. When their helicopter goes down in the frigid wasteland and they open the sealed canister they discover a beautiful woman awakening from a cryogenic nap. What’s her connection to the biological weapon and how will our two adventurers escape an all out attack by wilderness cannibals hoping to make them the main course of their next meal?

“The Specialists,” is the novella length final entry of the volume and easily one of the most action packed tales we’ve ever read. It’s pretty much a final swan song to one of the characters as Sly, Dillon and a half dozen other special operatives are sent on a suicide mission into Russia to destroy a munitions factory that has built four electronic pulp generator bombs; any of which could knock out the power grid of any country if denoted in the upper atmosphere. From its inception the mission is plagued with mishaps until it is obvious to our two central characters that there is spy onboard determined to see the mission fail before it is even begun. “The Specialists” reminded us a great deal of some those early Alistair McLean thrillers such as “The Guns of Navaroone” and “Where Eagles Dare,” only set the clandestine world of modern espionage. Our only critique is that at the offset there are too many characters to keep track of and it becomes confusing to remember whose who. But again, a minor quibble, as before too long many of them are dead and the core group of survivors that manages to infiltrate the hidden Russian facility are finally etched as the story goes into hyper-drive. Once begun, “The Specialists” is impossible to be put down.

This book is one of the finest produced since the inception of the New Pulp Movement and we urge you to pick up a copy. They don’t get any better than this.
Read more
3 people found this helpful
Helpful
Comment Report abuse
See all reviews from the United States

Jeff Reacher
5.0 out of 5 stars Full throttle!
Reviewed in the United Kingdom on August 29, 2015
Verified Purchase
I have read a few Dillon books before but this is the first Joel Jenkins book I have read. Dillon is a great character to have in your pulp adventure but Sly Gantlet is an excellent foil.
This is three stores in one. My favourite was the final one, The Specialists. Twists, turns, solid characters and brilliant action. Loved it!
The first two were solid affairs with action and edge of the seat thrills and spills but the final story was a multi thread must read.
Pulp adventure of the highest quality.
Read more
Helpful
Sending feedback...
Thank you for your feedback.
Sorry, we failed to record your vote. Please try again
Report abuse