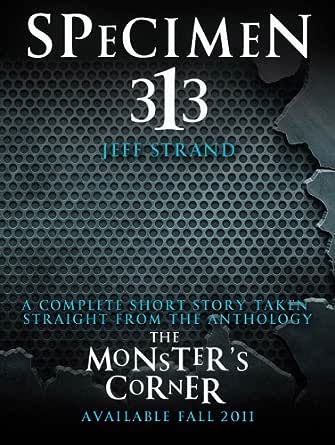 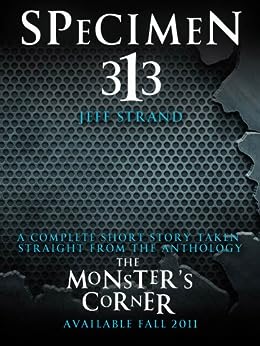 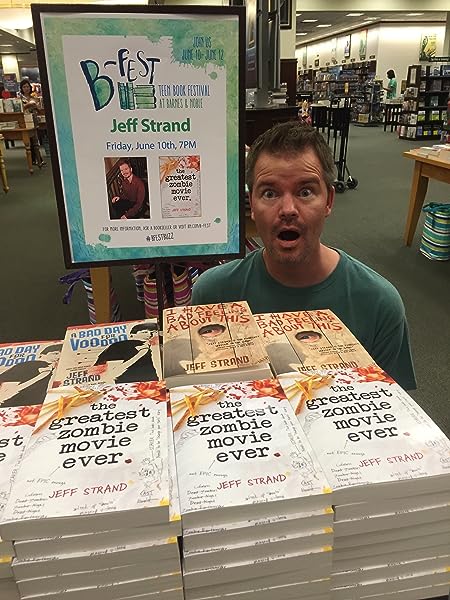 4.0 out of 5 stars
4 out of 5
183 customer ratings
How does Amazon calculate star ratings?
Amazon calculates a product’s star ratings based on a machine learned model instead of a raw data average. The model takes into account factors including the age of a rating, whether the ratings are from verified purchasers, and factors that establish reviewer trustworthiness.
Top reviews

Kaisersoze
5.0 out of 5 stars Awesomeness. In a Plant.
Reviewed in the United States on September 19, 2015
Verified Purchase
Many years ago, when I was studying creative writing, we were set the task of re-writing a classic tale from the POV of a minor character. I got my highest mark for that class by choosing to write the siege of Troy from the POV of the Wooden Horse (the poor thing basically had the runs). Much as I hate to admit it, the warped mind of Jeff Strand has one-upped me with this fantastic short story, told from the POV of a love-sick human-eating plant that has been grown by an evil scientist in his laboratory.

But I still had a nostalgic smile plastered across my face through this entire ten minute read.

AstraDaemon
VINE VOICE
4.0 out of 5 stars The Happening Mixed With Little Shop of Horrors
Reviewed in the United States on June 16, 2019
Verified Purchase
SPECIMEN 313 by Jeff Strand features a mad scientist experimenting with flesh-eating plants, but the story is told from the POV of one plant in particular. Max starts to feel a bit off, but his mood changes when a new specimen named Jenny is planted next to him.

The plants are my favorite characters. Strand's creation is a mix of The Happening with Little Shop of Horrors. I enjoyed the scene with the discarded plant cursing at the others, and I wish the author had included more interactions within the greenhouse experiments.
Read more
Helpful
Comment Report abuse

steven gibson
5.0 out of 5 stars ""Creepy Tale Of Hungry Carnivorous Flesheating Plants""
Reviewed in the United States on July 23, 2018
Verified Purchase
"Specimen 313",Is a Eerie Tale About a Insane Doctor and His Carnivorous Flesh Eating Plants. Dr.Prethorius Creates and Grows Plants That Survive On Human Flesh and The Specimens Are Hungry and We're On The Menu."These Plants Have Emotions and "Max- Specimen 278" Is a Bit Depressed Intill,"Jenny- Specimen 313" Arrives. Together They Must Find a Way To Destroy The Doctor,and Put a End To The Mayham and Chaos. Lots Of Creepy,Gory,and Plant Eating Madness."A Mustread."
Read more
Helpful
Comment Report abuse

S. Warfield
TOP 1000 REVIEWER
4.0 out of 5 stars Beware of greenhouse plants
Reviewed in the United States on October 15, 2011
Verified Purchase
Remember having a Venus Fly Trap as a kid and watching it catch flies? That was one thing, but the Venus Fly Traps and other plants in SPECIMEN 313 might be related, but these greenhouse plants have been developed by Dr. Prethorius in his greenhouse laboratory, and they're human-size plants and they don't eat flies anymore. They eat humans.

The plants can think and communicate with each other, too. Max, Specimen 278, hasn't been feeling quite up to par lately. He would rather be outside in the sun instead of in the greenhouse. But he's trapped in there and might as well make the best of it. Sometimes when a plant was sick, Prethorius came with a shovel and took the plant out, set it in the corner and let it suffer until it was dead. Max was afraid he might face that fate one day, and wished he could talk to Dr. Prethorius, but the plants couldn't talk to humans.

There was one plant who wasn't carnivorous, and he had beautiful flowers on him. He met the fate of the shovel, but after he was gone, another plant was brought in and planted beside Max and he felt better. This was Specimen 313 or Jenny as Max called her. He finally had a friend to communicate with, and they became good friends as time passed.

This is by no means the end of the story. The story takes off from here with some fairly gruesome scenes. These plants mean business.

It's a very unusual story and is a well-written story and certainly kept my attention right up to the end. This is one of those stories that once you start to read it, you're hooked into it until the end. I liked it quite a lot.
Read more
2 people found this helpful
Helpful
Comment Report abuse

Sharif
5.0 out of 5 stars flesh-eating plants surviving in a lab
Reviewed in the United States on January 15, 2016
Verified Purchase
Dr. Prethorius is a mad scientist who creates huge flesh-eating plants in his laboratory-greenhouse. Told in the perspective of one of these plants, Max, we get to learn about the plants’ hunger as Dr. Prethorius feeds them live food of the human variety. These plants have emotions, though. When Specimen 313, also known as Jenny, becomes Max’s neighboring plant, he develops feelings for her. This ties into their survival, because life as a lab plant under Dr. Prethorius’ care is not easy. This horror/sci-fi short story is well-written. The characterization of the plants is strong and Dr. Prethorius is perfectly creepy. The plants’ feeding actions are gruesome, but readers will have empathy for them.
Read more
One person found this helpful
Helpful
Comment Report abuse

zombie phreak
4.0 out of 5 stars Flesh Eating Plants!
Reviewed in the United States on October 29, 2014
Verified Purchase
This is a really interesting story! Instead of zombies eating humans, we have mutated plants eating people!

The good doctor has several plants in his evil little greenhouse and he is using each of them for his nefarious ends. Yet when one of them is no longer useful to him, he gets his shovel and digs them up and casts them aside and allows them to die. Max is his star plant that is the most vicious and shows the most progress. That is until Jenny arrives and is able to eat an entire person whole. Max has a crush on her and they develop a friendship together.

Flesh eating plants have been done in the past, but I like how this author went in a different direction with it and shows that these plants have emotions like humans. The story has a great ending and leaves the story open to a possible sequel. Check it out!
Read more
One person found this helpful
Helpful
Comment Report abuse

Gail Christian
3.0 out of 5 stars Twisted Friends
Reviewed in the United States on September 17, 2014
Verified Purchase
Well, I read the reviews so I knew what to expect, but I still didn't like it. Guess it was just a little too creepy for my tastes.

However, being fair, it was a good story - well written, and without the distracting editing problems so many e-books seem to have.

The fact that we are hearing the plants communicate doesn't seem awkward at all. Part of this is because I DID read the reviews and therefore expected it, but part of it is because that is how the story began - it did not just start happening at some random place within the story.

Max decides he loves his new neighbor plant, Jenny, (who is not looking for anything like that now), but she does turn out to be a pretty good friend. Who knew plants needed such good friends? You'll just have to read it for yourself to see what I mean.
Read more
One person found this helpful
Helpful
Comment Report abuse

Annabele
5.0 out of 5 stars Short and Sweet and wishing for more....
Reviewed in the United States on June 22, 2015
Verified Purchase
A perfect short to fill the time if waiting in line, or something similar. From the very start, this short story grabs you. I loved seeing things from the "Specimen's" point of view. A welcome difference in storytelling. By the time I was finished, my only thought was "more... more... more."

I could at least be happy with the knowledge there were other works by Jeff to satisfy my craving for more, even if it's not related to the Specimen or any of the other experiments from this short story.

Amazon Customer
5.0 out of 5 stars book
Reviewed in Canada on June 19, 2019
Verified Purchase
a book is a book.
Read more
Helpful
Sending feedback...
Thank you for your feedback.
Sorry, we failed to record your vote. Please try again
Report abuse