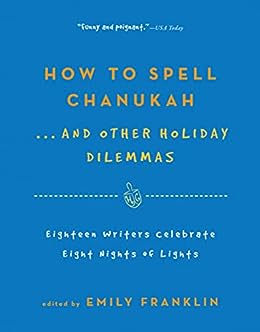 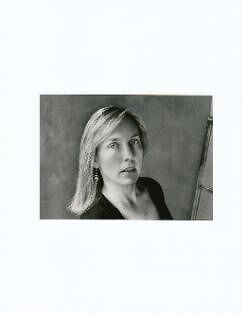 by Emily Franklin (Author, Editor) Format: Kindle Edition
See all formats and editions
Sorry, there was a problem loading this page. Try again.
“Funny and poignant” essays by Laura Dave, Jonathan Tropper, Steve Almond, and others on this most merry of Jewish festivals (USA Today).

Ring in the holiday with eighteen writers who extol, excoriate, and expand our understanding of Chanukah as they offer up funny, irreverent, and, yes, even nostalgic takes on a holiday that holds a special place in Jewish hearts . . . and stomachs. They address pressing issues: What is the weight gain associated with eating 432 latkes in eight nights? They offer joyous gratitude: “What a holiday! No pestilence, no slavery, no locusts, no cattle disease, or atonement. Thank God.” And they afford tender truths: “You are reminded of your real gifts: a family you get to come home to.”

Whether your family tradition included a Christmas tree or a Chanukah bush, whether the fights among your siblings rivaled the battles of the Maccabees or you haven’t a clue who the Maccabees are, this little book illustrates the joys, frustrations, and small miracles of the season.

Despite a cheery title, the writers in this odd little holiday book tackle their subject-and its attendant traditions of family, guilt and, well, tradition-with ambivalence, a real sense of soul-searching and a bit of self-pity. Trying to make peace with their Chanukah memories, most of these writers are quick to point out its relative unimportance in the Jewish roster of holidays, inflated by its proximity to Christmas; still, their stories are clearly vivifying. There's a great deal of kvetching over the influence and excess of Christmas, and not just its consumerism; Jill Kargman, for example, writes about some casual mid-sermon anti-Semitism at a midnight mass. There's also solidarity to be found, as in Peter Orner's story of growing up in a family of "Christmas-tree Jews": "Let me be clear: we had no relationship with Christ beyond loving the mall like everyone else in America." Standouts include graphic artist Eric Orner's "Traditions Break," a compact and involving story about a young woman's first Chanukah alone; Joanna Smith Rakoff's "Dolls of the World," an accomplished troubled-family tale; and Josh Braff's "The Blue Team," which happily extols, "What a holiday.... No synagogue, no guilt, no mortar, and no real lesson to be absorbed and passed down to my Jewish offspring. Thank God."
Copyright © Reed Business Information, a division of Reed Elsevier Inc. All rights reserved. --This text refers to an out of print or unavailable edition of this title.

“Eighteen youngish writers contribute personal essays—from the snarky to the sentimental—riffing on the ancient Jewish holiday.”
—The Washington Post --This text refers to the paperback edition.

Ring in the Holiday That Has a Special Place in Jewish Hearts...and Stomachs Profound Questions! "Chanukah unearths a debate that's been going on for centuries. Yes, I'm talking about potato latkes: grated or mashed?" --Amy Klein Telling Confessions! "Perhaps here is where I should mention that my 100 percent Jewish father was--and remains--obsessed with Christmas." --Jennifer Gilmore Unlikely Revelations! "Shocker of all shockers, the first Jewish governor in the United States was elected in...Idaho! Swear." --Jill Kargman Tender Recollections! "You are reminded of your real gifts: a family who you get to come home to." --Laura Dave --This text refers to the paperback edition.

"What a holiday! No pestilence, no slavery, no locusts, no cattle disease or atonement. No synagogue, no guilt, no mortar, and no real lesson to be absorbed and passed down to my Jewish offspring. Thank God," writes Joshua Braff, one of eighteen Jewish writers who extol, excoriate, and expand our understanding of this most merry of Jewish holidays. These essays, by Adam Langer, Tova Mirvis, Steve Almond, Eric Orner, and others, range from the comedic to the snarky, the poignant to the poetic, and includes such topics as the jealousy experienced in December when the rest of America is celebrating Christmas (we never get to join in the reindeer games!); the problem parents have dampening their children's desire for more presents (call it Greedikah!); and the weight gain associated with eating 432 latkes in eight nights ("dayenu," enough!). Whether your Chanukahs were spent singing "I have a Little Dreidel" or playing the "Maoz Tzur" on the piano, whether your family tradition included a Christmas tree or a Chanukah bush, whether the fights among your siblings over who would light the menorah candles rivaled the battles of the Maccabees, or even if you haven't a clue who the Maccabees were, this little book proves there are as many ways to celebrate Chanukah as there are ways to spell it. --This text refers to the paperback edition.

Emily Franklin is the author of The Girls' Almanac and Liner Notes and numerous novels for young adults. She has edited three previous anthologies, including It's a Wonderful Lie: 26 Truths About Life in Your Twenties.

Emily Franklin is the author of more than twenty books including The Lioness of Boston, about the life of Isabella Stewart Gardner, a daring visionary who, in the late 1800s, survived tragedy and created an inimitable legacy in American art and transformed the city of Boston. Her young adult books include The Half-Life of Planets (nominated for YALSA’s Best Book of the Year) and Tessa Masterson Will Go to Prom (named to the Rainbow List) and Last Night at the Circle Cinema (Junior library Guild selection/ALAN Pick). A former chef, she wrote the cookbook-memoir Too Many Cooks: Kitchen Adventures with 1 Mom, 4 Kids, and 102 New Recipes to chronicle a year of new foods, family meals, hilarity and heartache around the table. Her debut poetry collection, Tell Me How You Got Here, was published in 2021. Her work has been published in the New York Times, The Boston Globe, and Guernica among other places as well as long-listed for the London Sunday Times Short Story Award, featured on National Public Radio, and named notable by the Association of Jewish Libraries.

Raelee May Carpenter
4.0 out of 5 stars funny, and thoughtful
Reviewed in the United States 🇺🇸 on August 25, 2014
Heartfelt, funny, and thoughtful. Each contributor offers a unique perspective on the holiday. I learned a lot... and had a great time doing it!
Read more
One person found this helpful
Helpful
Report abuse

Dr. Barry Albin
5.0 out of 5 stars RELATING
Reviewed in the United States 🇺🇸 on November 27, 2018
Verified Purchase
I read these stories and saw segments of my life. Being a Nazorean Jew married to a Polish Jew who celebrated Hanukkah only when I was with her, I remember the Christmas tree period. I am very religious and try to remember to light the candles each day but sometimes fall asleep. These Stories seem real to me because they are the various stories of my four sons, six grandchildren, and me. You will laugh and may be cry. You will remember tradition and the struggle over Christmas. You will be happy that this year Hanukkah is over 15 days before Christmas.
Read more
Helpful
Report abuse

P. Marin
3.0 out of 5 stars Mixed bag
Reviewed in the United States 🇺🇸 on June 17, 2013
Some of the stories were fabulous, witty, laugh out loud hilarious. Others were much more mundane and purely nostalgic. I would rate some of the stories 5 stars but overall I would give the book 3 stars..
Read more
Helpful
Report abuse

Michael Lewyn
VINE VOICE
3.0 out of 5 stars insubstantial
Reviewed in the United States 🇺🇸 on November 14, 2010
A group of stories (mostly, I think, nonfictional) by a group of (mostly, I think, youngish and secular) Jewish writers about some of their Chanukah experiences. One or two of the stories are moving, one or two are humorous; most were just unmemorable. On the positive side, this book is an easy and (mostly) painless read- the sort of book that you could comfortably read if you were trapped on an airplane for two or three hours, but not exactly a life-changing experience.
Read more
Helpful
Report abuse

Debra H
5.0 out of 5 stars I couldn't stop laughing
Reviewed in the United States 🇺🇸 on December 31, 2012
This is one of the funniest books I have read in a long time. I don't want to write LOL, but I kept laughing out loud the entire time. The book is a collection of articles about Chanukah by various writers, including Jonathan Tropper and others.I highly recommend this book for Kindle and the rate can't be beat.

Those who are Jewish might appreciate it more, but anyone who looks at Christmas for what it has become, will find it funny.
Read more
Helpful
Report abuse

L. Caplan
2.0 out of 5 stars How to Spell Chanukah
Reviewed in the United States 🇺🇸 on April 14, 2008
After reading the original reviews of this book, it was ordered for our synagogue's library. Upon receipt of the book and reading most of it, our librarian found it quite inappropriate for our young adults. It is now hidden amongst our adult books (in an area few people use).
Read more
Helpful
Report abuse

Wayfaringstranger
1.0 out of 5 stars Total Disappointment
Reviewed in the United States 🇺🇸 on November 24, 2013
This was a big disappointment. I wanted a book telling about Chanukah and the traditions, giving suggestions and ideas on how to celebrate this holiday. This book is trash. It uses the "f" bomb word, then to top it off is uses graphic pictures in the comics, neither of which added to the book but what little good that was in the book, those two things took completely away. This is definitely a "do not read" even if you are stuck with no other book.
Read more
One person found this helpful
Helpful
Report abuse
See all reviews
Report an issue
Does this item contain inappropriate content?
Report
Do you believe that this item violates a copyright?
Report
Does this item contain quality or formatting issues?
Report