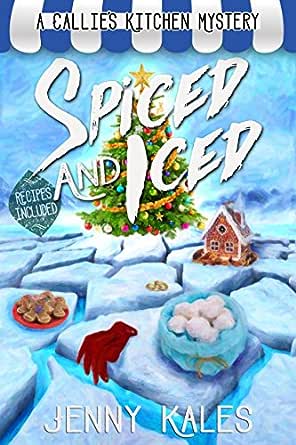 You've subscribed to A Callie's Kitchen Cozy Mystery! We will preorder your items within 24 hours of when they become available. When new books are released, we'll charge your default payment method for the lowest price available during the pre-order period.
Update your device or payment method, cancel individual pre-orders or your subscription at
Your Memberships & Subscriptions
There was an error. We were unable to process your subscription due to an error. Please refresh and try again. 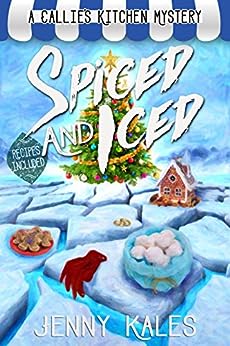 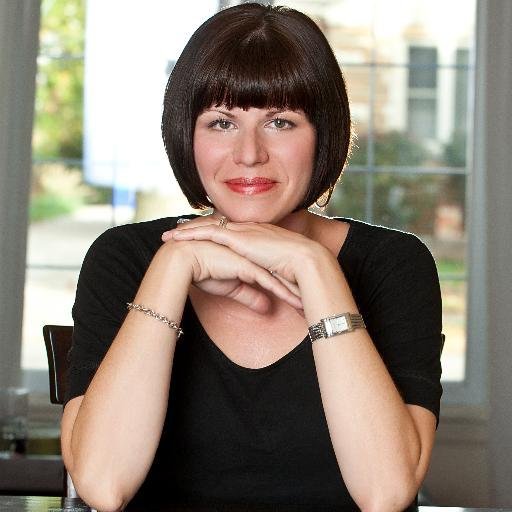 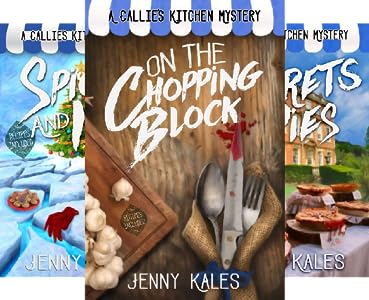 
Praise for SPICED AND ICED: A Callie's Kitchen Mystery Book 2
Callie Costas's culinary skills continue to entice and delight in this wonderful second installment in The Callie's Kitchen Mystery Series. - Linda Reilly, author of The Deep Fried Mysteries, Berkley Prime Crime and the upcoming Blue Cat Mysteries, from Kensington (2017)
Praise for ON THE CHOPPING BLOCK, Book 1 in The Callie's Kitchen Mystery Series
Colorful characters, spicy family dynamics  and tasty Greek treats fill the pages of the delightful new culinary mystery. - Susan Furlong, author of The Georgia Peach Mysteries, Berkley Prime Crime
Great start to the series! - Karen Owen, A Cup of Tea and a Cozy Mystery
Culinary cozy fans...this debut story is sure to whet your appetite and contains delish recipes for you to try at the end. - Linda, Langford, Chatting About Cozies
Will have you hooked and wanting more! - Cozy Mystery Book Reviews
Loaded with action and mayhem, ON THE CHOPPING BLOCK is sure to be a hit with cozy mystery fans. - Lisa K's Book Reviews

4.6 out of 5 stars
4.6 out of 5
84 customer ratings
How does Amazon calculate star ratings?
Amazon calculates a product’s star ratings based on a machine learned model instead of a raw data average. The model takes into account factors including the age of a rating, whether the ratings are from verified purchasers, and factors that establish reviewer trustworthiness.
Top Reviews

It’s December in Crystal Bay, Wisconsin. The snow if falling, frigid temps are setting in and Callie’s Kitchen is busy baking and making delicious things for the holiday season. She has agreed to provide her Greek snowball cookies for a bridal shower at The English Country Inn but before the shower begins Callie finds the party planner dead in the water. Her relationship with Detective Sands may hit the skids because she just can’t help investigating the death. Her aunt and grandma even get involved. As if she doesn’t have enough on her plate, her ex may be moving back to Crystal Bay and her father appears to be dating. Christmas may be drawing near but Callie is determined to ice the killer just like he iced his victim.

I started reading this story and it felt like home. The author really describes everything about Wisconsin perfectly. The weather, the people, the food, the little language quirks, it warmed by heart.

Callie is a lovable character, she has a huge heart and is a hard worker determined to make her business a success. Her friendship with Samantha struggled a bit in this installment and their interactions were spot on. Her relationship with Detective Sands struggles as well but we learn more about this character as they work to turn things around. Max and Callie work together in the kitchen like a well oiled machine and he is a great friend to her. Callie’s aunt, “Sweetie” is visiting from Greece and she teams up with Grandma Viv for some laugh out loud moments. Her father’s life is in a period of change too. Callie is unsure if it is the situation or the woman that he is seeing that gives her concern. All these characters are well crafted, engaging and true to life.

The murder mystery itself was complicated. There were more suspects that I imagined at first and I was totally wrong about the murderer. Things got really exciting as Callie thought she too had it all figured out. We were both surprised, she actually found herself in what could have been a life or death situation. She was livid by the time she was able to literally track the culprit down. Wow Callie! You Go Girl!

I can’t finish this review without talking about the food. Good gracious, I was practically drooling every time Callie or Max were in the kitchen. I could almost smell the food cooking. I can’t wait to try the recipes in the back of the book.

Christmas in Wisconsin is delightful, (sans murders, of course), the temperatures may be dropping and the snow may be falling, but the food and friendships will warm you right up. Thank you Jenny Kales for this wonderful story.
Read more
4 people found this helpful
Helpful
Comment Report abuse

Carol Smith - Kindle Customer
4.0 out of 5 stars Jenny Kales’ Spiced and Iced
Reviewed in the United States on March 28, 2019
Verified Purchase
Calliope (Callie) Costas lives in Crystal
Bay, Wisconsin with her ten year old
daughter, Olivia and their Yorkie, Koukla.
Callie owns and runs Callie’s Kitchen.
It is a Mediterranean-Midwestern
restaurant with bake goods and meals
made from scratch.
Callie’s has just delivered her Greek
Snowball Cookies (Kourabiethes) to
The English Country Inn for a wedding
shower.
Upon leaving the Inn, she discovers a
dead body..... face down by the
boathouse in the icy water.
And so her adventure begins........
The reader will be reacquainted with
Max(Callie’s Kitchen assistant), Piper
who does her social media, Samantha
(Callie’s best friend and lawyer, Sweetie
(Callie’s Aunt visiting from Greece),
George(Callie’s father), Detective Sands
(the attractive detective who is attracted
to Callie), Grandma Viv plus many other
well written characters such as: the
Inn staff, the wedding shower participants,
Callie’s ex-husband’s new wife’s relative
who is a real estate agent.
Callie gets involved in trying to identify the
murder.
Fast paced, intriguing plot with many twists
and turns to hold the reader on the edge of
their seat.
Lots of delicious Greek food introduced with
recipes included at the end of the story.
Read more
One person found this helpful
Helpful
Comment Report abuse

The holidays can be murder! Greek-American restaurateur Callie Costas finds herself on thin ice when a colleague is killed. Recipes included!

The season is bright when Calliope “Callie” Costas agrees to contribute her Greek snowball cookies to a December bridal shower at The English Country Inn in the scenic waterfront town of Crystal Bay, WI. But when Callie finds a colleague dead, she's sucked into another murder investigation -- all while juggling her growing business and staggering holiday workload.

As she reluctantly agrees to help the Inn’s owner track the killer, Callie is soon up to her spiced Greek biscotti in difficulties. For one thing, the hotel staff is freezing her out as she tries to uncover information, helped by her feisty Grandma Viv and her sweet but nosy aunt who’s visiting from Greece. And then there’s her deepening relationship with the suave and mysterious Detective Sands, a British expat now living in Wisconsin, who seems to have a few secrets of his own.

The icing on the cake is a host of simultaneous family mayhem including her father's surprising fixation on a real estate agent and her ex’s plans to move back to Crystal Bay. As the Inn’s annual Christmas Tea approaches, things are heating up in Callie’s Kitchen, but she’s on thin ice! Will Christmas be a festive celebration this year – or will it be murder?

Turn to the end of the book for six delicious recipes, including Greek cookies and savories, plus traditional Midwestern holiday favorites!

Miss Clarke
4.0 out of 5 stars Very good mystery.
Reviewed in the United Kingdom on December 6, 2017
Verified Purchase
A very good mystery with a dramatic climax. Likable characters and a lovely Christmassy setting. And although I feel there is a little too much emphasis on the food side, it is well worth a read.
Read more
Helpful
Sending feedback...
Thank you for your feedback.
Sorry, we failed to record your vote. Please try again
Report abuse