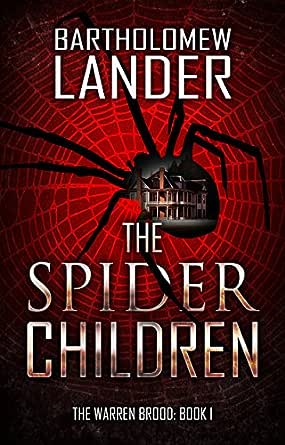 You've subscribed to The Warren Brood! We will preorder your items within 24 hours of when they become available. When new books are released, we'll charge your default payment method for the lowest price available during the pre-order period.
Update your device or payment method, cancel individual pre-orders or your subscription at
Your Memberships & Subscriptions
There was an error. We were unable to process your subscription due to an error. Please refresh and try again. 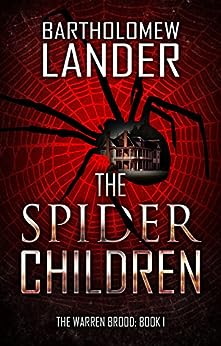 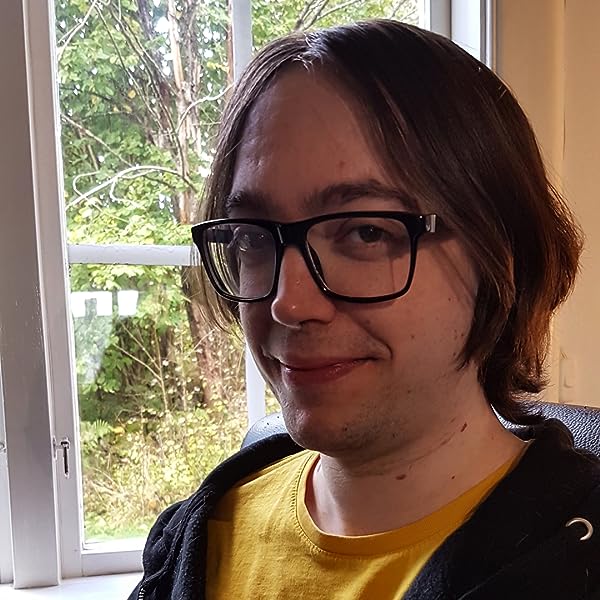 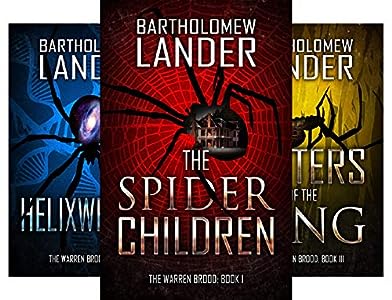 Kindle Customer
4.0 out of 5 stars Different in all of the best ways
Reviewed in the United States on January 6, 2020
Verified Purchase
Lovecraftian fantasy. New species, to my knowledge, strives get along with humans despite their differences. I enjoyed this story very much, but don't know if I wish to continue reading the series. Setting a recommended reader age is problematic. Most high school and above will have no issues, some salty language, violence, etc but no gratuitous sex or graphic carnage.

Excellent worldbuilding, good and memorable characters, and a fine job of .among dialog unique to the individual characters, too off the writer's accomplishments in this tale. Well done!

Anonymous Customer
5.0 out of 5 stars Suspenseful plot, engaging characters, thrilling ride!
Reviewed in the United States on January 23, 2017
Verified Purchase
Spinneretta and her siblings get caught up in a dark world of intrigue and secrets when a distant relative appears on their doorstep one day. I can't say too much for fear of risking spoilers, but I CAN say that I absolutely love the depth and scope of this novel and its characters. This is not a light read--it's something you can really sink your teeth into (though I recommend doing so in daylight, or at least with the lights on at night if you're like me and spook at shadows!)

This dark tale will appeal to lovers of horror, fantasy, and the occult. My only complaint is this was just released, so I may have to wait a long time for the sequel!
Read more
One person found this helpful
Helpful
Comment Report abuse

Santiago
5.0 out of 5 stars Spiders and a bit of Lovecraft
Reviewed in the United States on March 30, 2019
Verified Purchase
As soon as I read this book had characters who where human-spider hibrids, it became a must read for me. And although I didn't knew what to expect, I wasn't disappointed at all after reaching its end.

Spinneretta and her brother have had a quite normal life (as normal as being half-spider can allow it) until, one day, a distant relative arrives. From that point, they began to uncover the reasons behind all this.

I liked every character. They are, more or less, realistic. I think Kara would we the oddest one? But well, what is "odd" for you when you have eight spider legs growing from your back?
Read more
Helpful
Comment Report abuse

Kindle Customer
4.0 out of 5 stars Spiders!
Reviewed in the United States on November 5, 2019
Verified Purchase
Love the concept. Good characters. Great descriptions. Like the conspiracy theories. And the mythology and cult concept. Looking forward to the next installment.
Read more
Helpful
Comment Report abuse

Sandra K Ragghianti
2.0 out of 5 stars Save your time for something else!
Reviewed in the United States on July 27, 2017
Verified Purchase
I like Sci- Fi and mysteries. The characters in this were not believable. I only read the 2 books because I paid for them. I then erased them from my Kindle. The ending of this was really really bad
Read more
One person found this helpful
Helpful
Comment Report abuse

J.Graves
5.0 out of 5 stars A great book for something truly different.
Reviewed in the United States on February 8, 2020
This is a new and exciting book. Never thought I would like it as well as i do. You have your intrigue and a little mystery there. Then theres a little humor thrown in for good measure. Keeps you interested until the very end.
Read more
Helpful
Comment Report abuse
See all reviews