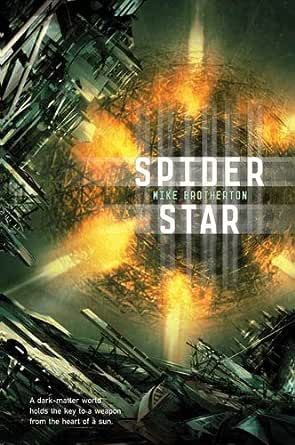 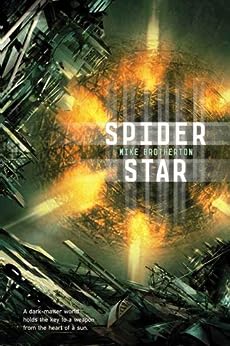 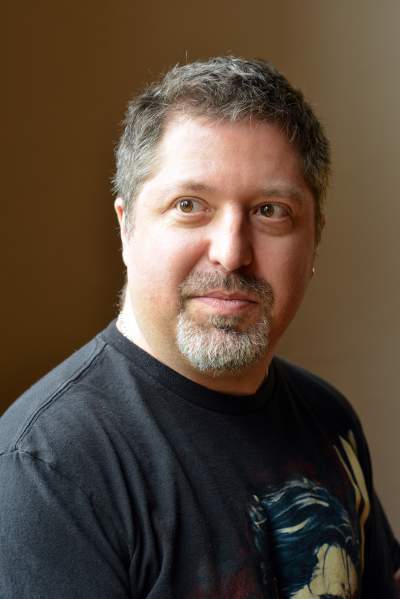 This hectic tale of ancient aliens on an artificial world orbits the star-sized egos of zealous archeologist Manuel Rusk and altruistic interstellar explorer Frank Klingston. After Rusk accidentally sets off a defense system left on colony world Argo by long-gone aliens, the two must travel to the near-mythical world called Spider Star in hopes of finding someone who can turn it off before it bombs the colony into oblivion. Upon arrival, Klingston and some of the crew are captured by spiderlike aliens and rushed through the corridors of the Star in scenes resembling the disjointed action of a video game, while Rusk takes to the air in a rather improbable balloon. The premise of an artificial environment and multiple alien races has potential, but the realization is incomplete and the characterization stereotypical, so readers will respond primarily to the story's strong and reliable pacing (though with a rather rushed denouement) and intriguing premise. (Mar.)
Copyright © Reed Business Information, a division of Reed Elsevier Inc. All rights reserved. --This text refers to an alternate kindle_edition edition.

Mike Brotherton is a professor of Astronomy at the University of Wyoming, Laramie.
--This text refers to an alternate kindle_edition edition.

“Readers hungry for the thought-provoking extrapolation and rigorous technical detail of old-fashioned hard SF are sure to enjoy astronomer Brotherton's first novel. An amazingly detailed world and a story full of scientific wonder.”
--Publishers Weekly on Star Dragon

“Star Dragon is steeped in cosmology, the physics of interstellar travel, exobiology, artificial intelligence (in the form of the ship's brain, which is modeled on Ernest Hemingway), bioscience, and other things...a dramatic, provocative, utterly convincing hard-science sf novel that includes an ironic twist that fans will love.”
--Booklist Starred Review
--This text refers to an alternate kindle_edition edition.
Read more

3.0 out of 5 stars
3 out of 5
9 global ratings
How are ratings calculated?
To calculate the overall star rating and percentage breakdown by star, we don’t use a simple average. Instead, our system considers things like how recent a review is and if the reviewer bought the item on Amazon. It also analyzes reviews to verify trustworthiness.
Top reviews

Ender
1.0 out of 5 stars Bad, unbelievably bad
Reviewed in the United States on July 4, 2020
Verified Purchase
Just when one thought that a good, hard science fiction book featuring ancient artifacts appeared, this novel disappoints and plumbs new depths of possibly the worst sci-fi prose to ever grace the Kindle store.
This is one looong, confused, ooozing, badly written tale that neither makes a good read nor lives up to the synopsis. High school level emotional conflicts are mixed with pseudoscience, and, just for a good measure, are garnished with action plots straight from “Land of the lost”. Sadly, without Mr. Farrell to provide a distraction from the banality of this prose, unsuspecting reader must face unpleasant dilemma: to power thru never ending literary disasters or just to quit and end the suffering. Unfortunately, I kept reading in futile hope that redemption would come, albeit in vain - no salvage waits for a stubborn reader intent on finishing this mess.
What a waste of time and money...

Cidney
5.0 out of 5 stars Not usually a reader of Hard Sci-Fi, but wow!
Reviewed in the United States on September 9, 2012
Verified Purchase
I don't have much spare time this month, but I try to always post reviews about books that earned five stars in my estimation. Here, then, are a few reasons I enjoyed SPIDER STAR. (1) Great adventure on a broad canvas. (2) Memorable characters (seriously, they won't leave my head. Go on home, now, guys.)(3) The science never overwhelmed the storyline and was explained well enough for a lay person like myself. (4) The gadgetry and the ship were just plain cool. (5) There are many beautiful human moment interspersed with the cool toys. Lovely. (6) The ending's just heart-wrenching and beautiful.

All this and I am not a reader of hard sci-fi. I'm really not the target market and I still loved it. Try a sample if it's not something you'd usually pick up. Buy it if you're a hard sci-fi fan.

Steiger
4.0 out of 5 stars Liked the characters and plot
Reviewed in the United States on August 30, 2008
Verified Purchase
One of the best I've read in a while. Character development is good. Action is weaved in nicely. Great sci-fi without going extreme.
Read more
3 people found this helpful
Helpful
Report abuse

M. Lindquist
4.0 out of 5 stars Flawed, but also smart and fun.
Reviewed in the United States on July 26, 2008
If you can deal with the sometimes stiff writing and penciled in character relationships you'll find a book that has a lot to offer fans of hard science fiction.

One of the best aspects of the book is that it has a lot of heart, especially in the way that it handles the motivations of its main characters. For the most part these feel like real people making real mistakes and decisions in a very difficult situation. The relationships between these characters--in particular the romance sub-plots--aren't very well drawn though, which detracts from a number of the things that we are supposed to care about. There are also several questionable decisions made by characters in this book, but as I mentioned earlier I feel those decisions lend themselves to the reality of the characters. In fact decision making is one of the main themes running through the book (how do you make decisions when there is no rule book to follow? What is the right thing to do in an impossible situation).

Still there are some great themes of sacrifice and family that continued to pull me through the book.

Probably my other favorite aspect of the book was the science, which is very well laid out. Fans of physics will find a lot to enjoy in the setting of this book, which definitely pushes some boundaries. It's a pretty good mix of fiction theoretical physics that comes together to create a cohesive (if bizarre) setting. I was also impressed with the way the writer worked to incorporate other sciences. Often with hard sci-fi all you get is a lot of physics jargon, but this book mixed in archeology, medicine, military, linguistics, and computers.

The writing itself has some nice moments of humor, but can be occasionally too dry. There are some fantastic visuals in this book, but you'll have to use your imagination to conjure many of them as the descriptions tend to tell without showing very well.

All in all I actually quite enjoyed this book. I recommend you give it a try if you like hard sci-fi.

Christopher Obert
4.0 out of 5 stars A "Dark-Matter" science fiction book
Reviewed in the United States on May 25, 2010
A "Dark-Matter" science fiction book heavy in science and adventure, I found it an exciting read. The people and place are detailed and the adventure worth following. The book moves along at just the right pace and is divided into smaller sized chapters, giving the reader places to pause, making the book easier to read. The amount of science is higher than many other sci-fi books (something that I like very much) but is not too overwhelming, giving just enough to allow the reader to believe that it is real. Don't worry, I won't give anything away but I hope that author Mike Brotherton does a follow up book covering "the search!"
Read more
3 people found this helpful
Helpful
Report abuse

Philip J. Herman
5.0 out of 5 stars The Hobbit is teased and promised and surpassed
Reviewed in the United States on September 1, 2008
I discovered this book in the new scifi section of my local library. I was slowly drawn in to care about the characters. The author mentions 'The Hobbit', 'There and back again', & 'You can't go home again' as if he is telling us what to expect. He is, and he surpasses my expectations. The science is exciting, the descriptions vivid, the imagery superb. The story moves along logically, in spite of a mind-boggling concept planet and alien aliens. The surprises are surprising, the reader is made aware of our humanity in a vast universe, and the resolutions are creative. The ultimate wrap-up of the story-arc made me weep. It is what I hoped for but did not expect. Bravo !
Read more
7 people found this helpful
Helpful
Report abuse
See all reviews
Back to top
Get to Know Us
Make Money with Us
Amazon Payment Products
Let Us Help You
EnglishChoose a language for shopping. United StatesChoose a country/region for shopping.
© 1996-2021, Amazon.com, Inc. or its affiliates