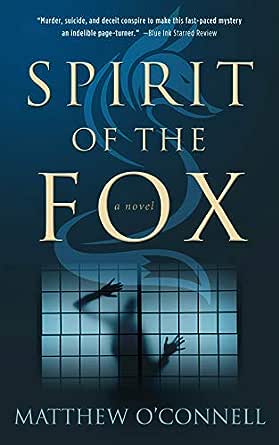 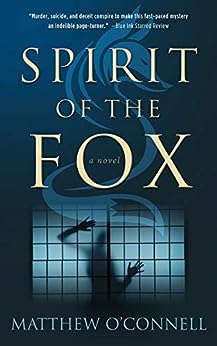 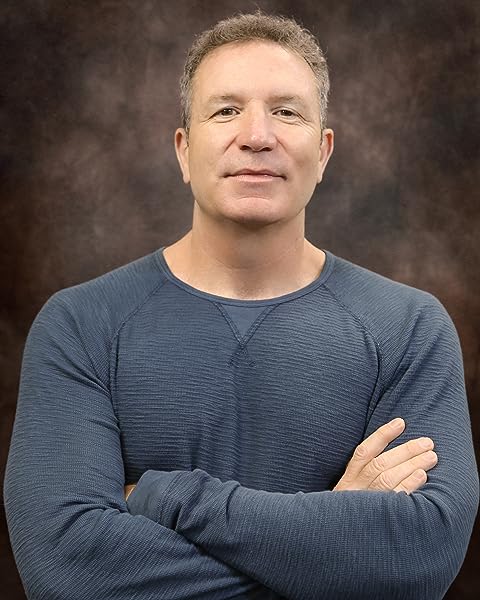 Spirit of the Fox Kindle Edition

Matthew O'Connell combines ancient Japanese folklore with modern-day life in this fast-paced mystery.  O'Connell beautifully and vividly describes the Japanese cityscapes, food and culture; for example. The main characters are likeable, caring and believable. As this story pitting myth against reality unwinds, murder, suicide, deceit and Meiko's clever grandmother conspire to make it an indelible page-turner. - Blueink Review
**********
Spirit of the Fox is a gripping, culturally immersed mystery.
Matthew O'Connell's intriguing and compelling mystery, Spirit of the Fox, draws on the culture and history of Japan.

Atmospheric descriptions of Japan's spiritual landscape help to set the scene. Breaking with form, the novel gives readers much more information than any one character possesses through expository scenes that implicate the culprit early on. The technique is both frustrating and delightful, drawing connections that the characters themselves cannot yet make.

The writing is precise; descriptions are terse, moving quickly between action and dialogue, with some mouthwatering descriptions of food and drink coming between. - Clarion Review

Spirit of the Fox is thrilling, captivating and will take your breath away. - Chicago Tribune
--This text refers to the paperback edition.

Grady HarpTop Contributor: Children's Books
HALL OF FAMETOP 50 REVIEWER
5.0 out of 5 stars A mystery in full bloom!
Reviewed in the United States on July 25, 2019
Verified Purchase
California author Matthew O’Connell, an industrial/organizational psychologist, founder of Select International and author of HIRING GREAT PEOPLE and many technical papers and articles, made his fiction debut with the acclaimed THE PAINTER OF TIME. He now delves into the culture, folklore, history and traditions of Japan, adds a superb mystery, and the successful SPIRIT OF THE FOX emerges.

As evidence for the research that contributes to this mesmerizing story, Matthew places a ‘history of fox possession’ at the end of his novel – an excellent essay on the tradition of the ‘fox’ of the title, as well as a probe into the Japanese culture: ‘Shinto is the oldest major religion in Japan and is unique to Japan. It is polytheistic, or druidic, in nature. The word Shinto means ‘way of the gods.’ Its followers believe in multiple gods, spirits, or divine powers typically associated with nature, such as wind, water, mountains, and rice. As mentioned in this story, Inari is believed to be the god of rice, fertility, sake, tea, and even prosperity …Inari shrines in Japan are filled with statues of foxes… Kitsunetsuki, or fox possession, always involves the possession of a young woman…Typically, the possessed woman tries to deceive, manipulate, and control the men around her…’ This information adds considerable fascination to the novel.

The Prologue describes the 1945 harsh shunning of a family forced to leave a village by demonic neighbors, a precarious portal through which the story opens. Advance to modern day Tokyo – “Meiko and her father, David, knelt on the floor of their small, swelteringly hot Tokyo apartment, gradually working their way through the cardboard boxes filled with assorted items they felt essential for their year in Japan David has taken a visiting scholar position at the prestigious Waseda University. Meiko has finished her undergraduate degree in psychology at UC Santa Barbara two months earlier and decided to take a year off before starting graduate school. She wasn’t sure what she wanted to study and hoped this year would give her some inspiration.’

With this degree of creating credible, three-dimensional characters, Matthew spins this beautifully sculpted kaleidoscopic tale. The outline of the story follows: ‘Meiko Wright wants nothing to do with the mother who abandoned her nine years ago. Spending a year in Tokyo, where her mother lives, won’t change that fact. But when she takes a nasty fall in a Shinto temple, she wakes with no memory of her mother… or anything of her past life. Without any idea who she is, she must rely on the kindness of a local priest who offers to help her as best he can. When the amnesiac Meiko wakes with a strange suspicion that something isn't right, she vows to escape from a bond she doesn't truly understand. After years apart, Meiko’s mother Chieko is determined to make up for lost time. But when her daughter mysteriously disappears, Chieko promises she won't lose her again. Along the trail of clues, the detectives working Meiko’s case discover a pair of suicides linked by a strange seductress and matching fox tattoos. Afraid her daughter may be next, Chieko visits a local shaman who tells her dark spirits could make her attempt for a rescue impossible. With time running out, Meiko and her family must uncover the mystery of her mental captivity before she loses herself and her only way home forever.’

Brian F
5.0 out of 5 stars Another excellent Matt O’Connell novel.
Reviewed in the United States on October 26, 2020
Verified Purchase
Another great Matt O'Connell book - a must read.

Spirit of the Fox is the second fiction Novel of Matthew O’Connell, and like his debut novel, “The Painter of Time,” it does not disappoint.

Matt O’Connell has delivered another superb tale with Spirit of the Fox. As with his first novel, the subject matter is not something that is in my usual preferred genre, but I was at a social event which he attended and my curiosity was peaked when I heard others at the event asking him about the book, which drove me to read it out of curiosity.

The allure of Matt’s novels comes from him being a master of two things; character development, and descriptions of scenes and locations that absolutely place the reader into the story, much as Hemingway did. I found myself absorbed into the events as if I were living the experience of the characters - an elusive task for a writer, yet O’Connell masters it.

Similar to The Painter of Time, the subject matter would not typically drive me to read the book, but as I’d said, as a casual observer to a conversation, I was curious. Both novels were very enjoyable from a standpoint of simply the pleasure of reading his writing style. Matt O’Connell does a wonderful job at congealing a myriad of aspects; story, character, emotion, well-written words, and a subtle dose of history and education. One comes away from a Matt O’Connell novel with not only the pleasure of the written word and a good yarn, but he manages to sneak in a bit of factual information without being overbearing or boring to the reader.

The plot is intricate but not so challenging or complex as to be difficult, and as is his writing style, he brings the arc of the story together neatly in the sunset of his work.

Spirit of the Fox is an enjoyable read, as is The Painter of Time, and I anxiously await further works from Matt O’Connell.
Read more
Helpful
Comment Report abuse

April
2.0 out of 5 stars Disappointing
Reviewed in the United States on December 24, 2019
Verified Purchase
I couldn’t find anything redeeming about this book other than it’s a very quick read. I did finish the book, oftentimes I’ll forgive poor writing if it’s a good story. This one wasn’t.

The writing was sophomoric and the story unbelievable. It wasn’t the folklore or mysticism that turned me off, it just wasn’t done well.

I love reading all kinds of books and genres so it pains me to say this, but I wouldn’t waste your time on this book.
Read more
Helpful
Comment Report abuse

Cynthia Daniel
4.0 out of 5 stars Interesting story of Japanese Culture Mystery
Reviewed in the United States on December 26, 2018
Verified Purchase
This is an unusual mystery about a Japanese woman whose mother deserted her nine years ago. Then she gets amnesia and her mother gets a second chance, but is someone trying to kill her? Confusing and twisty with Japanese culture thrown in makes an interesting read. I was given this book by Hidden Gems for an honest and freely given review.
Read more
Helpful
Comment Report abuse

T. Chase
5.0 out of 5 stars Very engaging story!
Reviewed in the United States on February 21, 2019
Verified Purchase
I read the entire book on two long flights because I did not want to put it down. The author combines a great story with education about Japanese culture and folklore. I highly recommend this book!
Read more
One person found this helpful
Helpful
Comment Report abuse

Angie Hardy
5.0 out of 5 stars Good
Reviewed in the United States on December 20, 2018
Verified Purchase
This was an interesting read. I hardly put it down. I was given a free copy for an honest review.
Read more
Helpful
Comment Report abuse
See all reviews