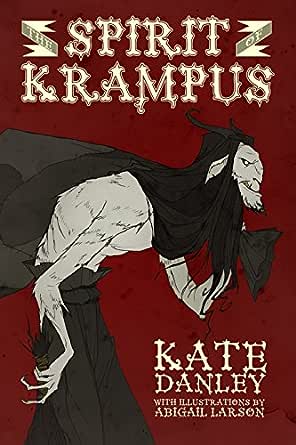 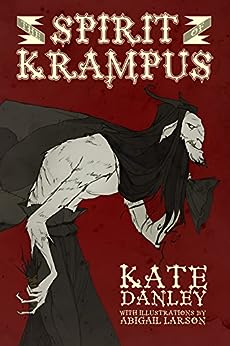 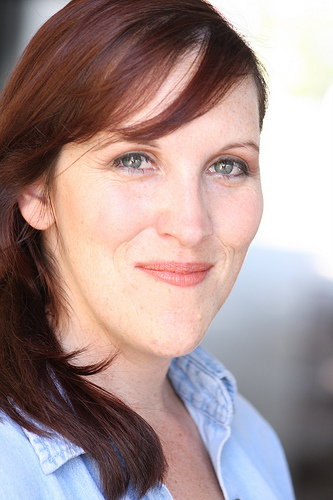 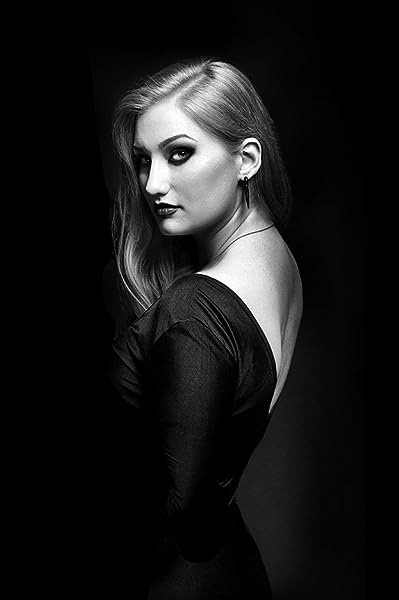 Kate Danley, an award-winning actress, playwright, and author, is a member of the Acme Comedy Improv and sketch troupes in Los Angeles. Her plays have been produced in New York, Los Angeles, and the Washington, DC/Baltimore area. Danley s screenplay Fairy Blood won first place in the Breckenridge Festival of Film screenwriting competition in the action/adventure category. Her debut novel, The Woodcutter, was honored with the Garcia Award for the best fiction book of the year, was the first place fantasy book in the Reader Views Literary Awards, and the winner of the sci-fi/fantasy category of the Next Generation Indie Book Awards. Kate currently lives in Burbank, California, and works by day as office manager for education and exhibits at the Natural History Museum of Los Angeles.

Abigail Larson's whimsical illustrations have been shown throughout the United States, from New York to Los Angeles, as well as internationally in Paris and London. Larson creates digital art for children's books and commissioned projects. Some of her interests include Halloween, witchcraft, children's literature, skeletons, and monsters. --This text refers to an alternate kindle_edition edition.

Dubs
3.0 out of 5 stars Liked up until the end...
Reviewed in the United States on April 1, 2014
Verified Purchase
I'm not a big reader, so I need a story to capture my interest almost immediately or I'll never pick it up again. That being said, this book held my interest until the last few pages.

it's a neat take on an alternative/dark side of Christmas. My issue with the story was how fast the climax/resolution occurred. it was completely predictable and without any thought/creativity put behind it. I believe this story would have benefited from at least a few more pages dedicated to the how the story ended (either a more detailed struggle or a different and more creative ending).

All in all, it was a decent story however Hollywood would need change or extend the end to make it a good movie.
Read more
2 people found this helpful
Helpful
Comment Report abuse

JW Appel
4.0 out of 5 stars Great story.
Reviewed in the United States on August 21, 2015
Verified Purchase
A great story though {Spoilers} some younger readers may not like the idea of Santa being killed. The ending is also ambigious as there's a subtle implication that Santa and Krampus were once like the two brothers that step in to fill their roles in the end and cycle will start anew
Read more
2 people found this helpful
Helpful
Comment Report abuse

New Reader
5.0 out of 5 stars Very cute Christmas story
Reviewed in the United States on November 29, 2015
Verified Purchase
An Unusual and unique twist on the Santa story, and brotherly love. Perfect for all ages. Timeless and a quick read.
Read more
One person found this helpful
Helpful
Comment Report abuse

Heather Lisanti
4.0 out of 5 stars Cute Story
Reviewed in the United States on February 23, 2014
Verified Purchase
This is a nice short story but I really feel it could have been longer with more descriptions and character depth.
Read more
Helpful
Comment Report abuse

Charles W. Bonfield
5.0 out of 5 stars Good read
Reviewed in the United States on February 4, 2014
Verified Purchase
Kate Danley is really goood. I enjoy her imagination and of course her books. I will get more. The Kindle books are trully a blessing.
Read more
One person found this helpful
Helpful
Comment Report abuse

Alyssa
4.0 out of 5 stars Magical and fun
Reviewed in the United States on April 10, 2018
Oh, I loved it. Like much of Danley's work, Krampus was magical and fun. Upon finishing, I wanted more. How DOES Krampus get so mean? More, please!
Read more
Helpful
Comment Report abuse
See all reviews

Lizzy
4.0 out of 5 stars A little Krampus
Reviewed in the United Kingdom on July 26, 2014
Verified Purchase
Interesting but oh, so short! Was it intended for children - if so, it was a bit grim. If for adults, then not quite good enough!
Read more
Report abuse