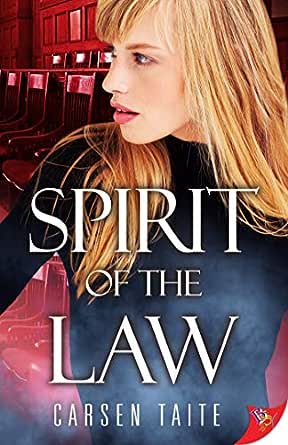 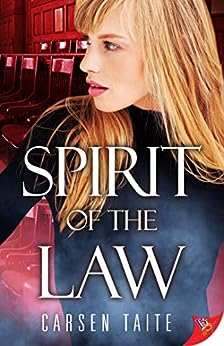 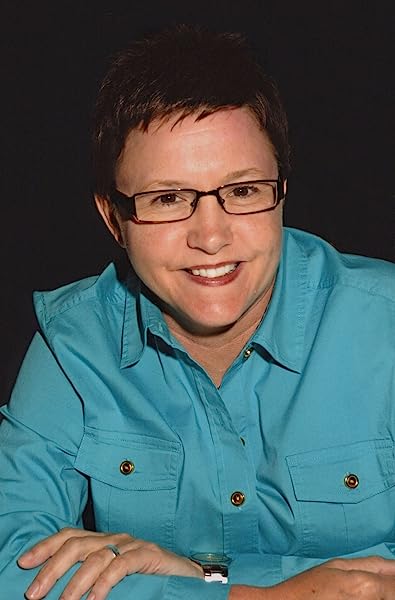 Spirit of the Law Kindle Edition

Carsen Taite’s goal as an author is to spin tales with plotlines as interesting as the cases she encountered in her career as a criminal defense lawyer. She is the award-winning author of numerous novels of romance and romantic intrigue, including the Luca Bennett Bounty Hunter series and the Lone Star Law series. --This text refers to the paperback edition.

Kindle Customer
5.0 out of 5 stars Very enjoyable read
Reviewed in the United States on February 12, 2021
Verified Purchase
Very good read. I really enjoyed the paranormal part of the book. Very good mystery. The romance between the two main characters was really sweet. Thanks for another enjoyable read.
Read more
Helpful
Report abuse

Margaret
5.0 out of 5 stars Great.
Reviewed in the United States on February 16, 2021
Verified Purchase
I really enjoyed Spirit of the Law. Carson Taite pens excellent legal novels. This one had a little woo-woo spidy sense to it. It adds to the enjoyment.
Read more
Helpful
Report abuse

LM
4.0 out of 5 stars Entertaining read
Reviewed in the United States on February 9, 2021
4 Stars

“Spirit of the Law” was a fun legal drama with a slight paranormal twist. Owen is a prosecutor with a perfect record in court. Summer is the foreperson on the jury of her current case and unbeknownst to the rest of court, she’s a physic medium. Owen blames Summer a bit when the case doesn’t go her way and when they later meet, she has doubts about her story.

Owen is later forced to bring in Summer as a consultant on the biggest case of her career. Owen is not a big believer in anything that isn’t cold hard facts. She has doubts about Summer abilities but she’s attracted to her finds that she likes her anyway. Summer has recently moved to Dallas from Santa Cruz where she worked with the DA’s office there. She’s reluctant to start again in Dallas but knows she won’t be able to live with herself if she doesn’t use her gifts.

I really liked both Owen and Summer and their interactions. They butt heads at first but came to mutually respect one another as they got to know each other. The scenes with Owen and Summer and Summer’s family were some of my favorites. It showed Owen wasn’t the uptight hotshot lawyer that’s first portrayed to be. Summer’s daughter Faith and her grandma, Nan, were both a delight to read. They held Summer accountable and showed her more normal side beyond just her gifts.

This is part romance and part legal drama but I felt both fell a little flat. Don’t get me wrong, I really enjoyed the story overall. I felt the romance started out nice but then was rushed. There wasn’t enough build up and tension to make me believe in the depth of their feelings. The legal drama surrounded a mystery and it had a nice build up to it. I was disappointed because when it was solved it mostly happened off page and we’re just told about it later, so it felt anticlimactic in the end.

Other than the rushed ending, I recommend this to fans of mystery and legal dramas. I think the paranormal twist added a bit of fun to it to make it an unusual read if this is a normal genre. This was my first book by Taite so I’m pretty excited there’s a large back catalogue to go through.

I received an ARC from NetGalley and Bold Strokes Books in exchange for an honest review.

Whenever I see that Ms. Taite has released a new book, I can expect it to be set in some kind of legal environment. Spirit of the Law opens with our two protagonists facing off with each other but from different areas of the courtroom – prosecutor and jurist. What I did not expect in this story was the paranormal element in the plot.

Owen Lassiter is a highly successful prosecutor with a perfect win record - until now. In a slam dunk case, or at least she thought it would be, Owen is confronted with a jurist, Summer Byrne, who convinces everyone to find the defendant not guilty. She is new in town and is trying to keep a low profile. After recently moving to Texas from California with her young daughter Hope, Summer moved in with Nan, her grandmother.

Owen’s attraction to Summer is immediate. However, once the case is over and she learns of Summer’s persuasion of the other jurists, she does not wish to pursue any interaction. What Owen does not know immediately is that Summer, and possibly her family, possess psychic powers.

The next case that Owen is assigned is particularly important. Her boss learns that Summer has previously worked with a California district attorney to solve cases. Owen’s boss hires Summer as a consultant for this case. Needless to say, this does not go over well with Owen since she does not believe in psychic powers.

Ms. Taite has developed warm and interesting characters for this story. I was not too sure about how Ms. Taite was going to have Summer’s psychic talent fit into this plot, but after reading only a few chapters I understood and was hooked. It certainly added a different twist to her story.

The plot is solid, and Spirit of the Law is definitely a fast read. The one complaint that I have, however, is that the book is shorter than the average length of Ms. Taite’s novels. I would have enjoyed having more written about the interaction between Owen and Summer. I also would have liked to know more about Nan and Hope.

I rate this book 4.5 out of 5 stars and recommend it as a fun read.
Read more
One person found this helpful
Helpful
Report abuse

Bonnie Sherrard
4.0 out of 5 stars Very enjoyable read.
Reviewed in the United States on February 16, 2021
Owen Lassiter is good at her job as a prosecutor and she, along with her team were given the case involving the murder of County Commissioner Keith Adams wife. It looked like a burglar had entered their home and when Mrs Adams interrupted him in his quest he panicked and ended up shooting her. Even though everything looked good there was still something about the case that bothered her. They were missing something. What she didn’t know.
Summer Byrne moved from her home in Santa Cruz to live with her grandmother in Dallas. She loved S.C. but after making a mistake in providing info in the case involving a young girl she quit. So with her young daughter Faith they were here now and Summer was trying to find a job. Her previous work was using her ‘gift’. A gift she had since she was very young being able to see and receive messages from the dead. She was determined to make her way without using her ‘gift’.
When Summer is called in for jury duty she meets Owen. The very attractive prosecutor. At first Owen has a hard time believing Summer has the ability to talk with the dead. But when her supervisor hears of Summers talent she orders Owen to bring her in to work on her murder case. Summer doesn’t want to do it and Owen doesn’t want her to. But here she is.
Ms Taite has a firm grasp on just what makes a good story. Lead characters and supporting cast that you connect with. Very, very enjoyable read.
ARC via NetGalley/ Bold Stroke Books
Read more
Helpful
Report abuse
See all reviews