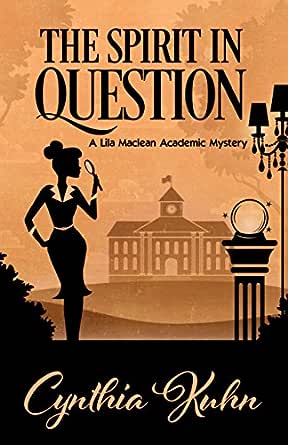 You've subscribed to A Lila Maclean Academic Mystery! We will preorder your items within 24 hours of when they become available. When new books are released, we'll charge your default payment method for the lowest price available during the pre-order period.
Update your device or payment method, cancel individual pre-orders or your subscription at
Your Memberships & Subscriptions
There was an error. We were unable to process your subscription due to an error. Please refresh and try again. 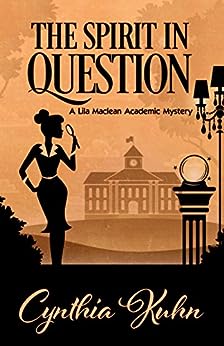 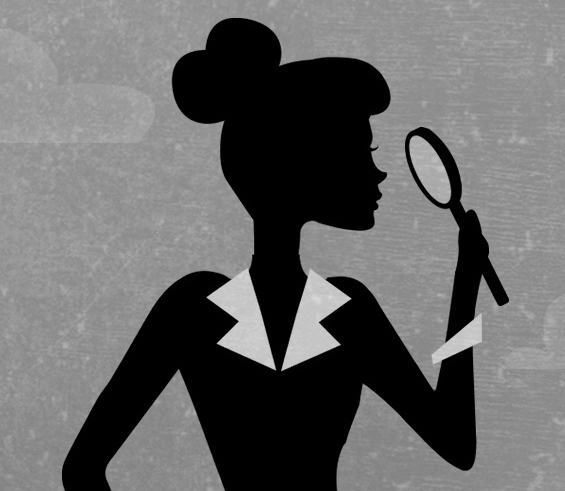 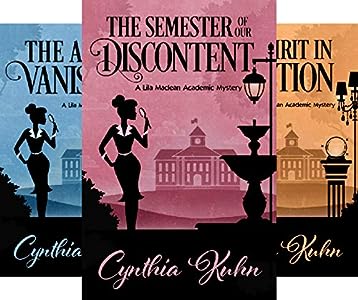 "Delightful heroine Lila and her supporting cast conjure a fun show stopper in The Spirit in Question. Old scandals, new rivalries, a ghostly menace, and a determined killer will keep readers puzzling over whodunit until the final act." -- Vickie Fee, author of the Liv & Di in Dixie Mysteries

"Murder,protests and a haunted theater--Stonedale University English professor Lila Maclean deals with it all with wit and humor in The Spirit In Question, a must-read for cozy mystery fans." -- Sybil Johnson, author of the Aurora Anderson Mysteries

"An A+ academic mystery! This delightful cozy deserves extra credit for its clever protagonist, laugh-out-loud dramatics, and layers of mystery."-- Nora Page, author of the Bookmobile Mysteries

4.8 out of 5 stars
4.8 out of 5
27 global ratings
How are ratings calculated?
To calculate the overall star rating and percentage breakdown by star, we don’t use a simple average. Instead, our system considers things like how recent a review is and if the reviewer bought the item on Amazon. It also analyzes reviews to verify trustworthiness.
Top reviews

Alison McMahan
4.0 out of 5 stars The show must go on - right through the ghost
Reviewed in the United States on December 16, 2018
Verified Purchase
English professor Lila Maclean knew drama would be involved when she agreed to consult on Stonedale University’s production of Puzzled: The Musical. But she didn’t expect to find herself cast into such chaos: the incomprehensible play is a disaster, the crumbling theater appears to be haunted, and, before long, murder takes center stage.

The show must go on—yet as they speed toward opening night, it becomes clear that other members of the company may be targeted as well. Lila searches for answers while contending with a tenacious historical society, an eccentric playwright, an unsettling psychic, an enigmatic apparition, and a paranormal search squad. With all of this in play, will she be able to identify who killed her colleague…or will it soon be curtains for Lila too?
Read more
One person found this helpful
Helpful
Comment Report abuse

Kay Hudson
5.0 out of 5 stars a ghostly production
Reviewed in the United States on December 25, 2018
Verified Purchase
In The Spirit in Question, Lila has reached her third year on the Stonedale staff, and has taken on (or perhaps been dragooned into) helping with the production of another professor’s play, Puzzled: The Musical, a barely comprehensible mixture of detectives and dancers. The student actors and crew are having a ball—until murder mars the production.

At the request of Lex Archer, Lila stays (mostly) out of the hunt for the murderer, but there are enough other puzzles to keep her busy. The play is being staged in a deteriorating opera house owned, but not much cared for, by the university and protected by the remarkably officious head of the Stonedale Historical Society. The building not only presents mechanical dangers—what with characters dropping from the rafters and popping up through the trap door, what could go wrong?—but it may be haunted by the ghost of a previous owner, who hanged himself on the stage.

By the time the production opens, no one, least of all Lila, is quite sure who might be a target, or why. Between accidents, a seance, and a missing journal, the opera house is up for grabs—literally. At least Lila has a chance to rekindle her friendship with Detective Lex Archer—if the ghost doesn’t get her first.
Read more
Helpful
Comment Report abuse

Catherine H
4.0 out of 5 stars Madcap Adventure With Humorous Plot and Characters
Reviewed in the United States on October 16, 2018
Verified Purchase
Competing forces and agendas collide over the staging of a play at the Stonedale Opera House, the historic college theater in Stonedale, Colorado. On one side is the college faculty led by the outspoken Jean Claude Lestronge, the visiting professor directing the musical written by another professor. On the other side are members of the Stonedale Historical Society represented by its equally outspoken president, Mrs. Clara Worthingham. The Society fears the fragile facility will be further compromised by going forward with the play and seems willing to stop it by any means. And there is another interested party: developer Chip Turner who has offered to purchase the aging theater from the college, with plans to replace it with a state-of-the-art performance space.

With such a backdrop, is it any wonder that Puzzled: The Musical, a post-modern murder mystery featuring iconic sleuths and their authors seems doomed from the start? A series of accidents and mishaps ensue during its production, most troubling of which is the onstage death of the play's director during a rehearsal.

Who killed Jean Claude? Professor Lila Maclean, the play's assistant director and Detective Lex Archer are determined to find out. There are plenty of people with motive and opportunity. Is someone with evil intent in their midst, or are otherworldly forces responsible? Some believe the theater is haunted by the ghost of a former professor who died there years before. Instances of flickering lights, unexplained noises, and moved objects during rehearsals lend credence to such a theory. As Lila and Lex concentrate on credible facts, a psychic and a paranormal team pursue the supernatural aspect.

Beyond their search for the killer, Lila and Lex also come closer to unravelling a mystery from the past that has significance to several of Stonedale's citizens, and deepen their own relationship as well.

In The Spirit in Question, author Cynthia Kuhn has woven an eccentric cast of characters and humorous scenes into an entertaining madcap read. The story's insider look at the larger-than-life egos, creativity, and passions involved in staging a play made this reader feel a part of the production.

The book is the third entry in the Lila Maclean Academic Mystery Series, but can be read as a stand alone. I find Lila's adventures in academia intriguing, and will now immerse myself in the series' previous novels -- The Semester of Our Discontent, winner of an Agatha Award for Best New Novel in 2016, and The Art of Vanishing, Lefty Award Nominee for Best Humorous Novel in 2017 -- while awaiting the next installment.
Read more
Helpful
Comment Report abuse

Susan Van Kirk
5.0 out of 5 stars Hamlet's Not the Only Play with an Unhappy Ghost
Reviewed in the United States on April 8, 2020
Verified Purchase
Professor Lila Maclean agrees to be a consultant on the Stonedale play to be produced in the crumbling campus theatre. It is called “Puzzled: The Musical,” and that is exactly what it is: an incomprehensible muddle that will be a disaster. On top of that, the theatre appears to be haunted. Of course, like all crumbling theatre mysteries, there’s a dark history behind the theatre building. Murder, as might be predicted in a Kuhn mystery, happens center stage. Plenty of antagonists appear in this plot: the local historical society that wants to save the theatre, a psychic, the ghost, and a paranormal search squad (shades of “Ghostbusters” without ectoplasmic splatter?) Lots of twists and turns with a convincing ending. Lefty Award Nominee for Best Humorous Mystery and Foreword Indies Book of the Year Awards Finalist, Mystery
Read more
Helpful
Comment Report abuse

Tammy "TCB"
5.0 out of 5 stars I love this series and this one was a wild ride
Reviewed in the United States on June 29, 2020
Verified Purchase
Okay, just finished. This book threw me for a loop.
Pacing was awesome.
Action was good.setting was fun. I mean, a haunted theater? What could be better!
Dialogue moved quickly, but sometimes I did have trouble deciphering who said what.
Clues and red herring plentiful, and had me changing my mind constantly on who the killer was. Well placed.
The characters were delightful. Ones to love and ones to hate. Although I wish Nate was is this book more.
It’s part of a series, but can definitely read them out of order if you have to.
Read this in 4 days, unusual for me to do it that fast.
Definitely deserving of 5 stars.
Read more
Helpful
Comment Report abuse

Amazon Customer
5.0 out of 5 stars A great cozy mystery
Reviewed in the United States on November 19, 2018
Verified Purchase
A ghost, a theater, and a fun professor sleuth! What more could you want from a cozy mystery this fall? I really enjoyed snooping around the opera house with Lila, looking for trap doors and ancient jewels. The mystery kept me guessing until the very end, and the hint of romance was nice. I look forward to seeing how the relationship progresses in book four!
Read more
Helpful
Comment Report abuse
See all reviews