Spirit Seizures: Stories and millions of other books are available for Amazon Kindle. Learn more 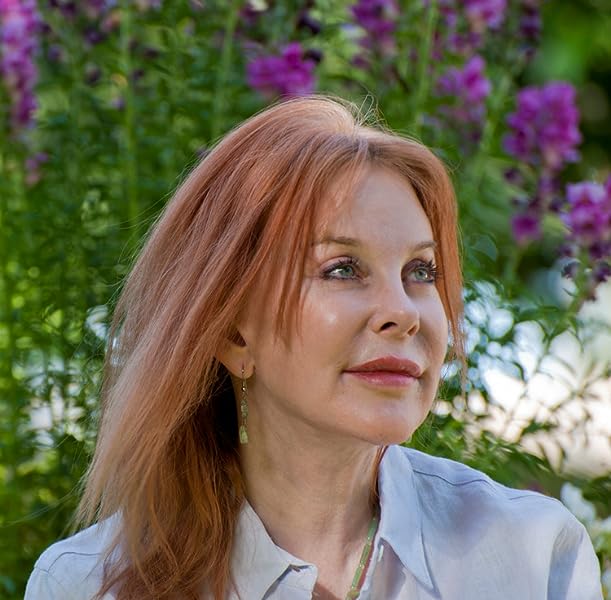 by Melissa Pritchard (Author)
2.9 out of 5 stars 2 ratings
Part of: Flannery O’Connor Award for Short Fiction (61 books)
See all formats and editions
Sorry, there was a problem loading this page. Try again.

All are set apart, a Diane Arbus-like gallery whose personalities remain elusive, receding more completely as their deformities are more cunningly displayed.

These are powerful, jolting stories. Melissa Pritchard is one of our finest writers.

It is a rare and gifted writer whose far flung imagination deftly conjures the bizarre and unreal into stories and then, through compelling prose, completely immerses the reader in the world of her creation. Melissa Pritchard is such a writer.

The characters in this remarkable first collection . . . are adventurers, explorers of an uncharted interior wilderness of dreams and visions, possessed by spirits, premonitions of death. . . . A welcome antidote to the minimalist perspective of recent years, she makes her characters come alive.

An impressive collection of short stories dealing with the confusion, dislocation, and pain of loss. . . . This book is rich in spirit.

Pritchard shows a descriptive ability that is uncannily original.

Pritchard's writing, at its best, is the kind that creates legitimate space for the eccentric without crowding out the ordinary; a writer who can do this well is trustworthy and worth reading again and again. -- Harriet Leach ― Chicago magazine

Restless souls and wrestling spirits are motivating combinations in the characters perceived with uncommon acuity in these stories, set in varying locales. ― Publishers Weekly

MELISSA PRITCHARD is the author of twelve books, including a biography and collection of essays. Her first short story collection, Spirit Seizures, won the 1988 Flannery O’Connor Award for Short Fiction, the Carl Sandburg Award, the James Phelan Award from the San Francisco Foundation and was named a New York Times Editor’s Choice and Notable Book of the Year. A five time winner of Pushcart and O. Henry Prizes and consistently cited in Best American Short Stories, Melissa has published fiction and non-fiction in such literary journals, anthologies, textbooks, magazines as The Paris Review, Ploughshares, A Public Space, Conjunctions, Agni, Ecotone, The Gettysburg Review, O, The Oprah Magazine, The Nation, the New York Times and the Chicago Tribune. A recent Marguerite and Lamar Smith Fellow at the Carson McCullers Center for Writers and Musicians in Columbus, Georgia, Melissa’s newest novel is Tempest: The Extraordinary Life of Fanny Kemble (2021). www.melissapritchard.com.
Start reading Spirit Seizures on your Kindle in under a minute.

2.9 out of 5 stars
2.9 out of 5
2 global ratings
How are ratings calculated?
To calculate the overall star rating and percentage breakdown by star, we don’t use a simple average. Instead, our system considers things like how recent a review is and if the reviewer bought the item on Amazon. It also analyzes reviews to verify trustworthiness.
Top reviews

Sarah Joyce Bryant
VINE VOICE
4.0 out of 5 stars Beautiful Language, Beautiful Lives
Reviewed in the United States on January 30, 2012
I love this collection of stories. Melissa Pritchard's use of precise, descriptive language opens up a visual world for the reader placing her or him in the center of each story; a witness to the unraveling of lives. The reader is given an up close and personal view of complex and beautiful characters as they struggle with the devastation and mystery of life. We can see ourselves in them and the comparison elicits feelings of loss, sadness, and yet we're left feeling hopeful too.
Read more
Helpful
Report abuse

Jayfred
2.0 out of 5 stars Not good enough.
Reviewed in the United States on February 4, 2017
1 story was good but the rest were poor.
Read more
Helpful
Report abuse
See all reviews
Back to top
Get to Know Us
Make Money with Us
Amazon Payment Products
Let Us Help You
EnglishChoose a language for shopping. United StatesChoose a country/region for shopping.
© 1996-2021, Amazon.com, Inc. or its affiliates