The Spirit Shield Saga : Complete Collection and millions of other books are available for Amazon Kindle. Learn more 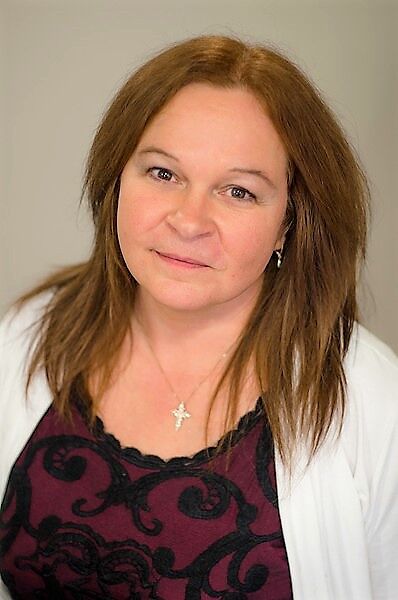 "This narrative felt as though it had the potential to reach the heights of an epic fantasy series like LORD OF THE RINGS while at the same time adding something new and fresh in the midst of familiar tones and fantasy elements."
- Book Pipeline Competition Review

Start reading The Spirit Shield Saga : Complete Collection on your Kindle in under a minute.

M. Slavidou
5.0 out of 5 stars Good story, enjoyable read.
Reviewed in the United States on June 12, 2018
Verified Purchase
The premise of the series is great; godling siblings, the descent of one into evil, magic and rebirth. It has all the elements.

Most of the important characters are well-written and fleshed out, with some depth to them. Although some of them are less detailed, it is not important, as they ultimately play smaller roles.

As an epic fantasy on a grand scale, the series is not easy to follow, and requires a bit of concentration to follow all the meanderings of the tale, but this means that it does keep you focused, and in a work of this length you have to expect some complications. It makes it more interesing to read.

The way the book ends leaves it open for a potential sequel, perhaps set twenty years or so in the future. To be honest, I found the ending a little predictable, especially the epilogue, but this is to be expected in this genre and does not detract from the enjoyment of the story.

All in all, a very satisfying read.
Read more
18 people found this helpful
Helpful
Report abuse

Ryan Schukei
5.0 out of 5 stars An epic to read.
Reviewed in the United States on November 8, 2018
Verified Purchase
This is an exceptional journey into fantasy. Evil warlock verses good people of magic. The plot is excellent with well developed characters. The story continues beyond these four books. I have posted reviews on the books individually, please see them for a better feel of what the series is about. You will not be disappointed if you like fantasy and/action. The
Read more
16 people found this helpful
Helpful
Report abuse

Kindle Customer
4.0 out of 5 stars Tense, thrilling, exciting...!
Reviewed in the United States on November 24, 2018
Verified Purchase
I enjoyed this trilogy very much. It was epic! Magic, gods, love, lust, jealousy, betrayal, these all made for a truly excellent story and once I got past the first book, the prequel, the tale took hold.

What I disliked intensely was all the spelling, grammatical, and punctuation errors in the story.

The prequel was the shortest book in the trilogy yet it holds the most errors! The rest of the story had it's share but by then I was so invested that the extreme annoyance I felt reading the prequel, was somewhat diminished by a truly riveting tale!

If you can bring yourself to push past the prequel, you won't be (too) sorry as the story itself is a nail-biter and keeps you locked in. The errors are the reason I gave the trilogy 4 stars instead of 5.

The authors need to stop rushing to publish and assemble an ARC team to help out, but otherwise, a great tale!
Read more
12 people found this helpful
Helpful
Report abuse

P. Beckles
5.0 out of 5 stars Exceptional!
Reviewed in the United States on April 11, 2018
Verified Purchase
This is a well written foray into another world. Nail-biting intrigue and heart-stopping action. Each character is fully fleshed out. The tale is full of twists and turns. Exceptional!
Read more
16 people found this helpful
Helpful
Report abuse

Ola (iliasviel)
5.0 out of 5 stars GREAT series with gods, godlings and magic!
Reviewed in the United States on July 13, 2017
Verified Purchase
Soul Survivor - 4 stars
Four siblings, godlings - this idea rock!
The way we follow the story sometimes is a little to shattered, so it needs a little concentration to follow everything in a good place.
Characters are good written, we get to know them mostly by their deeds or what they say.
The general situation is really interesting, as we find here people all kind of emotions, and we get them in best proportions!
The magic here is a luxury that has to be well used by people who have that power!
I really enjoyed prequel to Spirit Shiels Saga, and for sure I will read next books!
Not to make a big spoiler I love descendants :)

Seer of Souls - 5 stars
This book starts really interesting - twins are born but they are dead, but wait a second there are twins that are alive in next chapter. What is going on here?
This book os just the beginning of this twins story - they are magical and no one can know. But what will happen when she boy will go and volunteer to the army - check his adventures!
There is magic, love, getting to become an adult, getting to know yourself and unexpected betrayal here.

Soul Sanctuary - 4 stars
In this book, every godling remembers his or her past so the game comes to high stakes on them.
Each character has a different path here but each of them leads to the same end. Will godling twins manage to Save the world from their sisters?
Great book 2 in the trilogy - can't wait to grab book 3!

Soul Sacrifice - 5 stars
Great finish of the series! Everything comes to the conclusion - every event was prophecised and would have its explanation.
In this book alliances change, who was sworn enemy would become the surprising ally, who was considered ally would be apparently an enemy. What struggles would occur this time for our four godlings?
Join them in this spectacular conclusion to the series.
Read more
18 people found this helpful
Helpful
Report abuse

Sue
5.0 out of 5 stars Amazing
Reviewed in the United States on August 7, 2017
Verified Purchase
I absolutely loved it! The author didn't rush the plot, it was laid out very methodically. The characters were so vivid you'd recognize them on the street! This reminded me of The Wheel of Time. An ongoing saga full of worldwide action laid out in a very cohesive manner. Excellent job
Read more
17 people found this helpful
Helpful
Report abuse

sweta sheth
2.0 out of 5 stars Garbled and confused
Reviewed in the United States on September 3, 2017
Verified Purchase
Picked this up with a lot of expectations, especially since it had such great reviews, but it turned out to be a disappointment. The story is great, but the plot doesn't really hold. There's no explanation, no context provided to a lot of characters or objects that are mentioned, or to the magic itself. Too many random characters keep popping up, and they serve no purpose other than being plot devices. The ending also leaves a lot to be desired, and the fate of several (key) characters is not explained.
Overall, I'm not satisfied with this one😣
Read more
20 people found this helpful
Helpful
Report abuse

Dan
1.0 out of 5 stars A disappointment.
Reviewed in the United States on February 5, 2020
Verified Purchase
Stopped reading this compilation of books at the end of the first book...and I never do that. Character development was DISJOINTED AND confusing as you tried to figure out who were the protagonists and who were the antagonists.

Story starts with "primordials" on the battlefield facing off against the godlings's army. Then the volcano erupts and they are all invited inside the fortifications for protection by the godlings and their army. At the end of the first book they are all battling each other.

Characters, development was confusing and DISJOINTED. While all were related. it isn't apparent until the end of the first book who are the heroes and who are the villains.

And, the editing is TERRIBLE! It really interrupts the flow of the story while you try to figure out what she means. At the conclusion of the first book, I've just had enough. I'm done with this book and with this author - thoroughly disappointed.
Read more
One person found this helpful
Helpful
Report abuse
See all reviews

Jackhc
5.0 out of 5 stars Spirit Shield saga
Reviewed in the United Kingdom on June 24, 2017
Verified Purchase
A brilliant written piece of Fantasy by a very talented author Susan Faw a name to remember if you love an epic read.A story of gods .sibling rivalry one who wants to enslave the souls of everyone and a race to save everything .With magic.Mythical beasts and great battles .and twists and turns .once you enter from the first page to the last page you will not want to leave this mystical land .I am so glad I bought the Boxset.a great addition to any collection.
Read more
4 people found this helpful
Report abuse

LooseBoots
5.0 out of 5 stars An epic tale well worth reading
Reviewed in the United Kingdom on July 22, 2017
Verified Purchase
This was such a breathtaking series. If you read my reviews on the individual books you will see how much I loved this story. So when the complete box set came up I had no hesitation in buying, and I don't often buy. Always looking for the free books. This epic tale was a roller coaster of emotions for me. Characters that you became one with , enough twists and turns in the plot to keep it interesting. Do get the feeling that I like it ??
Seriously, if you only buy one box set in your life , buy this one. You won't be disappointed. Thank you Susan Faw for creating this wonderful tale.
Read more
One person found this helpful
Report abuse