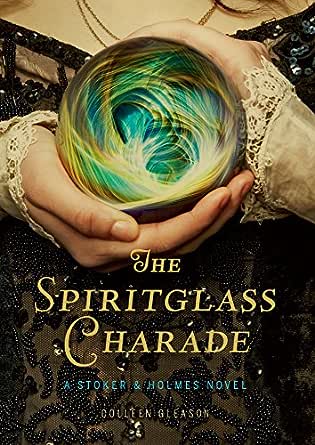 You've subscribed to Stoker & Holmes! We will preorder your items within 24 hours of when they become available. When new books are released, we'll charge your default payment method for the lowest price available during the pre-order period.
Update your device or payment method, cancel individual pre-orders or your subscription at
Your Memberships & Subscriptions
There was an error. We were unable to process your subscription due to an error. Please refresh and try again. 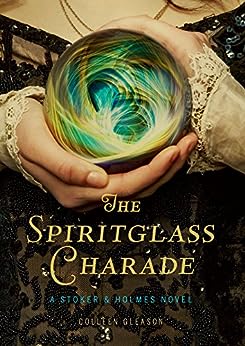 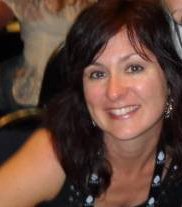 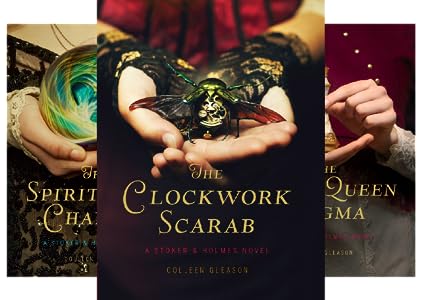 Colleen Gleason is the award-winning, New York Times bestselling author of more than two dozen novels. She lives in the Midwest. --This text refers to the paperback edition.

Gr 8 Up—Little more than a month has passed since teens Evaline Stoker (sister of Bram) and Mina Holmes (niece of Sherlock) wound down their first collaborative effort at fighting crime and solving mysteries in The Clockwork Scarab (Chronicle, 2013). When the young women are summoned by Princess Alexandra, daughter of Queen Victoria, their skills are tested once again. The royal enlists the girls' help in a case involving her dear friend who has fallen prey to a manipulative spiritualist. Then there is the issue of vampires—thought to be long extinct—skulking through the streets of London. Told in Evaline's and Mina's alternating first-person points of view, the story gives readers an illuminating and fascinating peek into late-Victorian London life. Evaline, a bold and vivacious aspiring vampire slayer, craves adventure and risk. Mina prefers work that requires the methodical application of her inestimable sleuthing skills. Problems are compounded when Dylan, the time-traveler from modern-day London, tries to help. His assistance—performing the Heimlich maneuver on an aged, grumpy Queen Victoria, for instance—might very well alter the course of history. Gleason's novel is a well-oiled machine. Every literary cog and wheel has its distinct function—the authentic historical framework, the adeptly integrated steampunk devices, the compelling personalities and backgrounds of the outwardly tough but inwardly vulnerable heroines—yet all work together in easy synchronization.—Jennifer Prince, Buncombe County Public Libraries, NC --This text refers to the hardcover edition.

"Gleason's novel is a well-oiled machine... the authentic historical framework, the adeptly integrated steampunk devices, the compelling personalities and backgrounds of the outwardly tough but inwardly vulnerable heroines."--School Library Journal

"There's lots of fun to be had from this odd-couple investigative team's snarky banter, the well-imagined setting's steampunk details, and Gleason's flashes of satiric humor."--The Horn Book Magazine --This text refers to the hardcover edition.