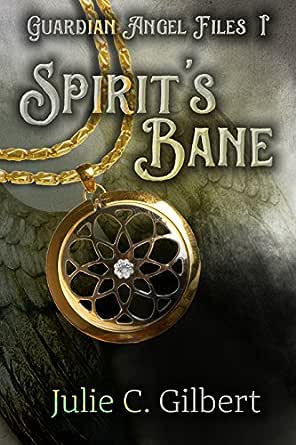 You've subscribed to Guardian Angel Files! We will preorder your items within 24 hours of when they become available. When new books are released, we'll charge your default payment method for the lowest price available during the pre-order period.
Update your device or payment method, cancel individual pre-orders or your subscription at
Your Memberships & Subscriptions
There was an error. We were unable to process your subscription due to an error. Please refresh and try again. 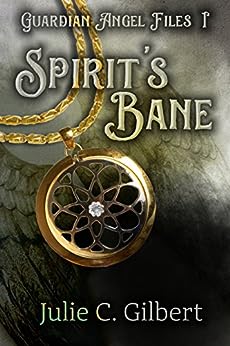 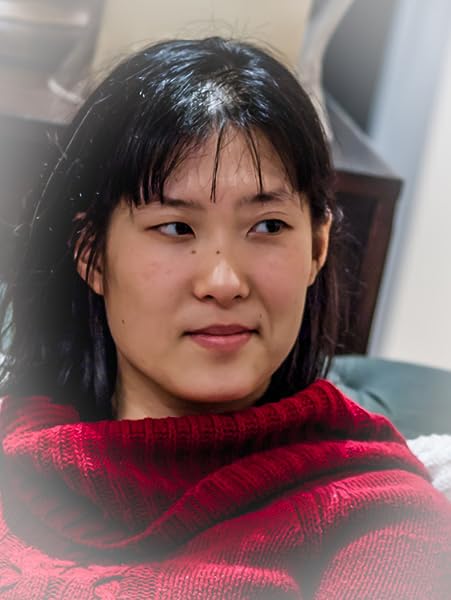 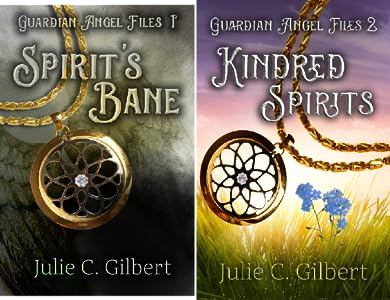 4.8 out of 5 stars
4.8 out of 5
14 customer ratings
How does Amazon calculate star ratings?
Amazon calculates a product’s star ratings based on a machine learned model instead of a raw data average. The model takes into account factors including the age of a rating, whether the ratings are from verified purchasers, and factors that establish reviewer trustworthiness.
Top reviews

Kanyonmk
5.0 out of 5 stars A very good start to a new series!
Reviewed in the United States on November 7, 2017
Verified Purchase
This book is pretty interesting. I don’t read many books about angels and the overall good vs evil fight between heaven and hell, but I quite enjoyed this story. It’s not overly religious, but deals with deep thoughts regarding what we think about life and death. I only took away positive thoughts, which is honestly what makes a book good.

Spirit’s Bane is the first book in the Guardian Angels Files series. It is very well written, filled with action, a strong friendship, a developing romance, and the understanding of self-sacrifice. I would recommend this book to anyone who reads young adult fantasy.

B. Gill
5.0 out of 5 stars It is Fantasy!
Reviewed in the United States on September 6, 2018
Verified Purchase
I enjoy reading about the battle between angels and demons. The reader must remember that this book is fantasy and fiction. The actions and rank of the angels have no Biblical basis. But the story is entertaining and well written. Even though it is a work of fiction, it is well to make note that the battle between good and evil is real though not seen.

I received a free copy for an honest review.
Read more
One person found this helpful
Helpful
Comment Report abuse

richard joesten
5.0 out of 5 stars Spirits Bane
Reviewed in the United States on June 22, 2019
Verified Purchase
What a fantastic read. The good and the bad at war against each other. This story really grabbed me and it is told in such a way that you feel your right there watching it happen first hand. This is a real page turner from start to finish. The world building and the Characters are fantastic. This is a definite must read.
Shauna Joesten
Read more
Helpful
Comment Report abuse

Barbara Keigher
5.0 out of 5 stars Well written
Reviewed in the United States on January 10, 2019
Verified Purchase
First of all this is fantasy, about angels and demons.

I especially enjoyed any and all Biblical references and quotes.

I would recommend this author, her writing is clear, interesting, and enjoyable.
I am looking forward to more in the series.
Read more
One person found this helpful
Helpful
Comment Report abuse

Donna
5.0 out of 5 stars Spirit's Bane
Reviewed in the United States on January 11, 2018
Verified Purchase
Great book. Love the way it pulls you into the story. Can't wait for other books in this series to come out
Read more
Helpful
Comment Report abuse

Sara
5.0 out of 5 stars What Questions Do Angels Ask?
Reviewed in the United States on April 22, 2020
Written in the style of C.S. Lewis's The Screwtape Letters, Randy Alcorn's Lord Foulgrin's Letters, and Frank Perretti's This Present Darkness, Julie Gilbert adds an impressive story to the collection of Christian speculative fiction surrounding angels, demons, and spiritual warfare. The story switches back and forth between communication between demons and the experiences of the angels, with humans playing a vital but secondary role in the story.

I had no expectations coming to this book, except perhaps that I doubted it could measure up to the previously mentioned books. But those are some of the best in their genre, and it turns out it didn't matter. This book asked a different question from a different perspective. I had never before considered that the angels might also be asking "the glorious king" (I love their name for God so much!) why he allows evil. It's a tremendous theological dilemma that we don't even consider because we are so selfishly focused on why evil happens to us, to our kind, to our world. But angels were created first. And they were created similarly to us. And at least some of those that chose to continue following God have the task of helping us to do so as well. So while many people continue to be deceived or lost in service to the evil one, the angels must continue to do battle. And sometimes that battle must seem futile while they know, even more clearly than we do, that the glorious king has the power to immediately put thing to right and end the reign of the imposter Satan. So why doesn't he?

The story itself was interesting, fairly predictable, interesting ideas about the nature of angels, although Gilbert introduced that at the beginning, asking us to read with an open mind. Thankfully, there were no weird angel-human romantic relationships (that irks me on a theological level). I am looking forward to seeing how the story continues and what questions will be brought up in the sequel.

The narrator, Reuben Corbett, did an outstanding job.

I received a free copy of the audiobook from the author and have reviewed it willingly.
Read more
Helpful
Comment Report abuse

cloudbird
4.0 out of 5 stars Like a modern Screwtape Letters
Reviewed in the United States on February 2, 2019
The story itself reminded me of C.S. Lewis' Screwtape Letters where we get to see the behind-the-scenes plans of demons, but in Spirit's Bane, we are mostly seeing angels in training. I loved the creativity of the world the author created, and there are certainly enough situations or terms that Christians will find familiar that this can be a very uplifting book. The characters were real and relatable, and the work they did as guardians was sometimes very touching. It did get a little confusing at times, but that may have been because I was listening to the audio book, not reading it. That said, the narrator was really very good with many distinct voices, especially in group scenes. I could tell he'd really put a lot of effort into delineating the vocal mannerisms of each character, even adding different accents, etc. It's definitely worth listening to, but don't let yourself get distracted or you'll be confused if you space out on even a minute's worth.
Read more
Helpful
Comment Report abuse
See all reviews from the United States