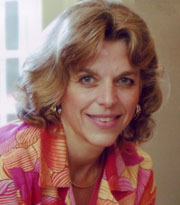 *Starred Review* Born in Pennsylvania in 1888, Horace Pippin loved to draw and paint as a child. When he was in eighth grade, his father left the family. Horace quit school and worked to support them. Later wounded as a soldier in WWI, he never regained full use of his right arm. Back home, Pippin began painting again, using his left arm to guide his right. Painting subjects drawn mainly from observation, memory, family stories, and the Bible, this self-taught African American artist was eventually discovered by the art community. Major museums display his works, and their locations are indicated on the U.S. map on the back endpapers, along with small reproductions of six paintings. In a well-structured narrative with recurring themes and a highly accessible style, Bryant writes short sentences full of memorable details, from Pippin’s first box of colored pencils to the scavenged house paints he used to paint his wartime memories. Combining drawings and printed elements with watercolor and gouache paints, Sweet’s mixed-media illustrations have a refreshing, down-home style and a brilliance all their own. The artwork incorporates large-print quotes, giving Pippin a voice here as well. Outstanding. Grades 1-4. --Carolyn Phelan

Starred Review, Publishers Weekly, February 18, 2013:
“Quotations from Pippin about the psychological scars of war and his artistic process are hand-drawn into Sweet's images, underscoring how art was not only a joyful outlet for Pippin, but also a vital means of interpreting the world.”

JEN BRYANT has published poetry, biographies, picture books, and fiction for young readers. Her last picture-book biography collaboration with Melissa Sweet, A River of Words: The Story of William Carlos Williams, was a Caldecott Honor Book. Jen lives with her family in southeastern Pennsylvania.

MELISSA SWEET is the Caldecott Honor artist of A River of Words by Jen Bryant, The Sleepy Little Alphabet by Judy Sierra, and Mrs. Harkness and the Panda by Alicia Potter, among others. She is also the author-illustrator of Balloons Over Broadway, which was awarded a Robert F. Sibert Medal.
Read more
Start reading A Splash of Red on your Kindle in under a minute.

4.5 out of 5 stars
4.5 out of 5
53 customer ratings
How does Amazon calculate star ratings?
Amazon calculates a product’s star ratings based on a machine learned model instead of a raw data average. The model takes into account factors including the age of a rating, whether the ratings are from verified purchasers, and factors that establish reviewer trustworthiness.
Top Reviews

B. J. Neary
5.0 out of 5 stars A Splash of Red" The Life and Art of Horace Pippin by Jen Bryant
Reviewed in the United States on April 30, 2014
Verified Purchase
his book was so very interesting to me; Horace Pippin is a West Chester (Pennsylvania) native who loved to draw and share his pictures with family, friends, classmates, workers and army buddies. When he won a box of paints, that began his signature use of red in his scenes. In the war, he was shot and the bullet did permanent damage to his right arm, affecting his lifting and drawing and painting. After the war he married and settled in West Chester, helping his wife with her business since he could not work due to his war injury. But Horace itched to draw and paint again; he worked very hard using his good arm to move his injured arm and soon he was making pictures and paintings again. N.C. Wyeth came to see Horace's work and from his first art show, Horace Pippin became a world famous artist. Jen Bryant brings Horace Pippin's life and work alive in her vivid details and descriptions and Melissa Sweet's illustrations were perfect. I especially liked the way she included Horace Pippin's quiet, yet powerful quotes within the illustrations. I recommend this book for all children, teens and adults. You will look at the color red a little bit differently after reading this book!
Read more
6 people found this helpful
Helpful
Comment Report abuse

K.E.
3.0 out of 5 stars Horace Pippin Treasured
Reviewed in the United States on August 27, 2015
Verified Purchase
LOVE the story of Horace Pippin!!! WELL TOLD, but I wanted to see HIS artwork ~his paintings. I was so disappointed that more of H. Pippin's originals were not included. The illustrations are fabulous. But the originals are so unique and evocative especially from a young person's view. Hmmmm. SO GLAD I READ IT and thank you to the authors.
Read more
5 people found this helpful
Helpful
Comment Report abuse

Amy K
5.0 out of 5 stars Introduction to artists
Reviewed in the United States on May 13, 2019
Verified Purchase
My daughter loved reading this book. I loved being introduced to an artists work that I had not heard of before. Beautiful illustrations and easy to understand language tells the story beautifully.
Read more
Helpful
Comment Report abuse

J Goins
5.0 out of 5 stars Awesome Book! Horace Pippin’s story is truly inspirational
Reviewed in the United States on July 16, 2014
Verified Purchase
Awesome Book! Horace Pippin’s story is truly inspirational, his determination and creativity is heart-warming. Pippin love to draw and that is just what he did, sharing his artwork with everyone he came in contact with including his army friends. The author presents his story in a manner that spans the life of the subject, but does not fill the reader with unnecessary details. The illustrations are presented with a scrapbook feel, adding visual depiction to the artist’s life story with his own style of artistry. “I will never forget suffering, And I will never forget sunset. I came home with all of it in my mind”, I particularly enjoyed how the author sprinkled in quotes from the artist through the story. Pippin did not allow his current circumstances to control his future journey. When problems presented themselves he sought alternative measures to push forward.
Read more
2 people found this helpful
Helpful
Comment Report abuse

Marsher
5.0 out of 5 stars Get this book
Reviewed in the United States on February 16, 2013
Verified Purchase
This is a wonderful book about art, perseverance, and following your dreams.I wasn't familiar with Horace Pippin, but now I am glad that I am. This is a beautifully written and illustrated book about an African American artist and his amazing life and how art was a constant presence, I truly enjoyed reading and sharing this with my third graders as we have been studying African Americans and reading a variety of biographies.
Read more
5 people found this helpful
Helpful
Comment Report abuse

Krista
5.0 out of 5 stars Great for a non-fiction book report
Reviewed in the United States on October 9, 2018
Verified Purchase
My son liked the book.
Read more
Helpful
Comment Report abuse
See all reviews from the United States

Eagle333
5.0 out of 5 stars A great story of perseverance
Reviewed in the United Kingdom on December 7, 2018
Verified Purchase
This book is so imaginatively put together. The text and drawings are great. Then there’s the story of perseverance which is so encouraging. Loved this book and so did the children
Read more
Helpful
Sending feedback...
Thank you for your feedback.
Sorry, we failed to record your vote. Please try again
Report abuse

Nikki
5.0 out of 5 stars 😁
Reviewed in the United Kingdom on November 13, 2018
Verified Purchase
Love it
Read more
Helpful
Sending feedback...
Thank you for your feedback.
Sorry, we failed to record your vote. Please try again
Report abuse

Page 1 of 1 Start overPage 1 of 1
This shopping feature will continue to load items when the Enter key is pressed. In order to navigate out of this carousel please use your heading shortcut key to navigate to the next or previous heading.
Back
Next
Pages with related products. See and discover other items: african art collections, disabilities juvenile fiction, nonfiction biographies picture books, picture book biographies, art for children, children's art books