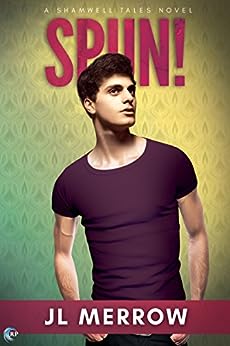 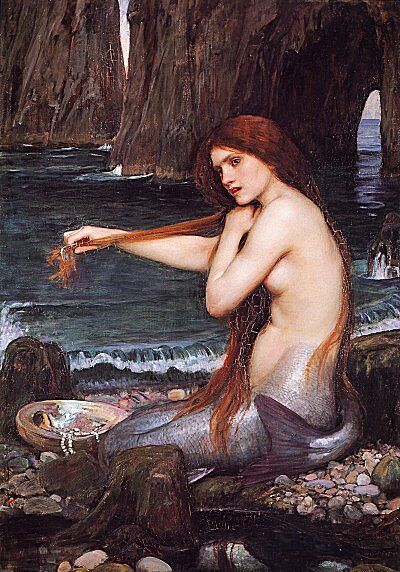 by JL Merrow (Author) Format: Kindle Edition
Book 3 of 3: Shamwell Tales
See all formats and editions
Sorry, there was a problem loading this page. Try again.
The Shamwell Tales stories can be enjoyed in any order — jump in wherever you'd like!

An ill-advised encounter at the office party leaves David Greenlake jobless and homeless in one heady weekend. But he quickly begs work from his ex-boss and takes a room in Shamwell with easygoing postman Rory Deamer. David doesn’t mean to flirt with the recently divorced Rory — just like he doesn’t consciously decide to breathe. After all, Rory’s far too nice for him. And far too straight.

Rory finds his new lodger surprisingly fun to be with, and what’s more, David is a hit with Rory’s troubled children. But while Rory’s world may have turned upside down in the last few years, there’s one thing he’s sure of: he’s straight as a die. So he can’t be falling for David . . . can he?

Their friends and family think they know all the answers, and David’s office party hookup has his own plans for romance. Rory and David need to make up their minds and take a stand for what they really want — or their love could be over before it’s even begun.
Read more
Previous page
Next page

Limited-Time Offer
Join Audible Premium Plus for 60% off. Get this deal
Books In This Series (3 Books)
Complete Series
Shamwell Tales
Kindle Edition
Page 1 of 1Start OverPage 1 of 1
Previous page
Next page

Winner of the 2017 Rainbow Awards Best Bisexual Romantic Comedy & Suspense, and runner-up for Best Bisexual Book  JL Merrow has always been one of my go-to-authors for those humorous M/M romance books featuring quirky Brits...Rory and David are such lovingly-drawn men who belong together, despite everyone else advising them against such a thing - Gay Book Reviews  What a delightful finish to a wonderful series! The author gives us two amazing characters, who endeared themselves to me from the beginning - Hearts on Fire Reviews just fabulous and made me laugh so much. I was also in tears, though, my heart absolutely broke at one point of the book ... It was witty, fun, captivating, sweet, somewhat angsty... Definitely a must-read!!! - Bayou Book Junkie

JL Merrow is that rare beast, an English person who refuses to drink tea. She read Natural Sciences at Cambridge, where she learned many things, chief amongst which was that she never wanted to see the inside of a lab ever again.

She writes (mostly) contemporary gay romance and mysteries, and is frequently accused of humour. Her novel Slam! won the 2013 Rainbow Award for Best LGBT Romantic Comedy, and several of her books have been EPIC Awards finalists, including Muscling Through, Relief Valve (the Plumber’s Mate Mysteries) and To Love a Traitor.

Bookmad
5.0 out of 5 stars fantastic and hilarious
Reviewed in the United States 🇺🇸 on June 8, 2022
Verified Purchase
I loved this book and laughed a lot❤️❤️super cute and can’t wait go read the next one! This author is fabulous!
Read more
Helpful
Report abuse

Cat of Cat's Books: Romance Blog and Themepark
3.0 out of 5 stars Great Couple
Reviewed in the United States 🇺🇸 on August 27, 2017
Verified Purchase
I like a great deal about this book but it ends before we get a fully developed relationship. I wanted to see Rory and David as a couple and in love. They just basically start really being together when the books ends and it was frustrating.

Rory is a great guy. I love that he has shared custody and the underlying discussion of gendered childrearing. His sexuality could be better discussed between him and David for richer emotionial intimacy.

David is wonderful as well if we take him for his actions in this book. We might need a bit more self reflection as he grows up and gets what he really needs here. I like his interactions with his mom around love.

The circle of friends and the setting is great. Even though most of these books have had problems for me, I like this world and wouldn't mind reading more but with more couple time and longer romance time.
Read more
One person found this helpful
Helpful
Report abuse

Amazon Customer
5.0 out of 5 stars Best Shamwell Tales since first in series
Reviewed in the United States 🇺🇸 on July 10, 2017
Verified Purchase
This is a delightful, light-hearted series about a lovely fictional English village west of London. The first entry, Caught!, introduced a very likable main character, Mr. Emery, but for me the children in "Mr. Enemy's" class were the stars of that story. In Spun!, however, darling David, whom we met as a minor character in Out!, is the undisputed star of the show. Well, maybe followed by minor character the child Leo. The other adults ranged from annoying to crass. Ms. Merrow really has a way of presenting children as real people.
Read more
2 people found this helpful
Helpful
Report abuse

Kindle Customer
5.0 out of 5 stars Headline
Reviewed in the United States 🇺🇸 on October 8, 2019
Verified Purchase
I love this series, especially the audiobooks. Could read about this village turning gayer and gayer indefinitely. There are still so many characters left. And I'd like to read about past characters too. Just not Patrick, never liked him all that much.
Read more
Helpful
Report abuse

coho
5.0 out of 5 stars Delightful!!!
Reviewed in the United States 🇺🇸 on July 9, 2017
Verified Purchase
This is a terrifically fun read. Witty banter between beautifully drawn characters from different walks of life...and oh how they manage to come alive and come together. The story is pleasant, the writing sharp and elegant in its "realness." In a genre plagued by standardized characters in repetitive, unimaginative stories, "Spun!" rises far above.
Read more
2 people found this helpful
Helpful
Report abuse

joe mcgowan
5.0 out of 5 stars Merrow has Spun a sweet tale
Reviewed in the United States 🇺🇸 on July 14, 2017
Verified Purchase
I was a bit unsure of this May/September gay/straight romance, but then it was JL Merrow, and I was willing to take the chance. Rory and David's relationship is slow to develop and miscommunication abounds. The cast of characters is quirky and believable, you will not be disappointed.
Read more
Helpful
Report abuse

turpentine2009
5.0 out of 5 stars Another awesome book
Reviewed in the United States 🇺🇸 on March 31, 2018
Verified Purchase
Wow!!! I loved every page. I could not put it down. Like all of Merrow's books it was funny, sweet, delightful, and perfect. One of my favourite authors. I highly recommend this book!!! You will not be disappointed!
Read more
Helpful
Report abuse

bill m
5.0 out of 5 stars Excellent, again
Reviewed in the United States 🇺🇸 on July 17, 2017
Verified Purchase
Typical Merrow fare: witty, well drawn characters, Hollywood A-script level dialogue. Great stuff. I wish there were even more of this author's books out there, but after a bit one can always re-read a previous one and laugh just as often.
Read more
Helpful
Report abuse
See all reviews

A. Jackson
5.0 out of 5 stars Brilliant
Reviewed in the United Kingdom 🇬🇧 on June 19, 2019
Verified Purchase
Love this series. Everyone is a winner.
Read more
Report abuse

GRFTW
5.0 out of 5 stars Great read.
Reviewed in the United Kingdom 🇬🇧 on October 22, 2017
Verified Purchase
I really enjoyed this book and loved all the main characters.
Read more
Report abuse

Klaus Kreitz
5.0 out of 5 stars Wonderfully Descriptive
Reviewed in Canada 🇨🇦 on July 15, 2017
Verified Purchase
When I began this book, I wasn't sure I would like it ... didn't enjoy some of the supporting characters. But, once I got into it, I could not put it down. As always, Merrow writes deftly, with a wonderfully descriptive grasp of human characters and emotions. Enjoyed this book very much.
Read more
Report abuse