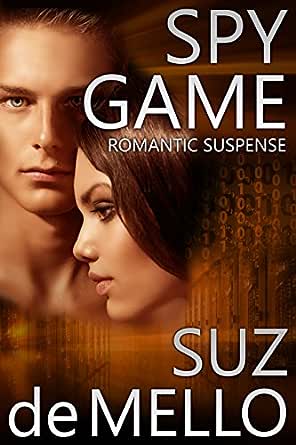 Publisher's Weekly review: Cyber geek meets seductive spy girl in this feverish Silicon Valley thriller... Half-French, half-Algerian Ani Sharif, whose parents were murdered by extremists 10 years earlier when she was at a private girls' school in Algiers, has joined the United States Security Agency. On her first undercover assignment, Ani must uncover who's selling Defense Department cyber secrets to foreign governments. The prime suspect is Richard "Baby Rex" Rexford of Rexford.com, where Ani lands a programming job by playing the part of an opportunistic cyber pirate. Her mission is to hack into Richard's home laptop and locate incriminating evidence. What she doesn't bargain for is falling in love with this possible traitor. ...a fast-paced romantic romp as the spy games escalate into erotic games, testing Ani's faith in her ability to separate business from pleasure. Swift's brisk narrative offers an unusual blend of romantic suspense and cyber crime. (Feb.)
Copyright © Reed Business Information, a division of Reed Elsevier Inc. All rights reserved.

Cyber geek meets seductive spy girl in this feverish Silicon Valley thriller from Swift (Triangle). Half-French, half-Algerian Ani Sharif, whose parents were murdered by extremists 10 years earlier when she was at a private girls' school in Algiers, has joined the United States Security Agency. On her first undercover assignment, Ani must uncover who's selling Defense Department cyber secrets to foreign governments. The prime suspect is Richard Baby Rex Rexford of Rexford.com, where Ani lands a programming job by playing the part of an opportunistic cyber pirate. Her mission is to hack into Richard's home laptop and locate incriminating evidence. What she doesn't bargain for is falling in love with this possible traitor. Swift delivers a fast-paced romantic romp as the spy games escalate into erotic games, testing Ani's faith in her ability to separate business from pleasure. Swift's brisk narrative offers an unusual blend of romantic suspense and cyber crime. (Feb.)
Copyright © Reed Business Information, a division of Reed Elsevier Inc. All rights reserved. --This text refers to an out of print or unavailable edition of this title.

4.3 out of 5 stars
4.3 out of 5
17 customer ratings
How does Amazon calculate star ratings?
Amazon calculates a product’s star ratings based on a machine learned model instead of a raw data average. The model takes into account factors including the age of a rating, whether the ratings are from verified purchasers, and factors that establish reviewer trustworthiness.
Top Reviews

reader2010
5.0 out of 5 stars I quite enjoyed it.
Reviewed in the United States on January 9, 2017
Verified Purchase
I quite enjoyed the foray into the world of cyber crime and those out to catch the criminals. The female lead was smart, sassy and quite different from the usual. Good book with a bit of a different slant on things.
Read more
One person found this helpful
Helpful
Comment Report abuse

LIsa Bilbrey
3.0 out of 5 stars Worth taking a chance
Reviewed in the United States on January 12, 2017
When I first started this books, I honestly wasn't sure what to expect. I'd never read one of Suz deMello's books, which always makes me a bit nervous. I wasn't disappointed. The writing was solid, the plot well-planned, and the writing was great. There were a couple of typos, but nothing that distracted me from the book. My only complaint was the shift in character personality.

Ani starts off as this strong-willed, headstrong woman with sass and attitude. She was spunky and I loved that about her. But she was also innocent when it came to sex, and at one point, adamant that she wasn't going to sleep with Richard just because of the assignment. But she does. Far too quickly for my taste. Also, she falls in love with him, but I didn't feel there was a lot of build up to their emotional connection. And the same could be said for Richard's character. He became aggressive and domineering when he didn't present that way from the start.

Also, Suz spent a lot of time building the tension about who the mole was, only to sugarcoat it with few sentences. I was let down by how anti-climatic that part of the plot turned out to be. Overall, the book was well-written and entertaining, but I felt the author could have done a lot more with the plot and less with the sex scenes.

Angelica Lichtner
5.0 out of 5 stars Fast and well written
Reviewed in the United States on January 15, 2017
A really great story with very well developed characters. The complexity of the characters made the story come to life and they where so realistic and you couldn't help but to feel with them and I felt like I was more than just a reader, I was there, involved with them and in the story.

The way the book is written is perfect and the phase is perfect. The story captured me right away and I didn't want to put the book down but sometimes you have to work, sleep and eat too. I have had a hard time lately to find books that really capture me the way this book did. It is a book you easy can read in one sitting, not because it is an easy read but because the story and characters are just so great and capturing. You want to know what is gonna happen on the next page, in the next chapter and in the end.

I think this is a must read!

Kitty Grimm
5.0 out of 5 stars For lovers of sexy spy stories with twists
Reviewed in the United States on March 14, 2017
Soon as I got this book in my hands, I was interested. The cover design was one of the first things I noticed and it captivated me.

Ani Sarif is a young woman, who has been working years for government agency as their hacker, so when she finally got a chance to do her first undercover work she wouldn’t be more excited; she has to seduce Richard Redford, leader of the biggest software companies, to find out if he had been selling secret information for the Chinese.

As the story follows we can see how Ani has to figure out things she didn’t know before, so she would succeed with her mission.

Plot was built perfectly, it was easy to follow what is happening and it wasn’t confusing keeping their reader in their captive until the very end, the characters were interesting and you could see yourself as the heroine, their backgrounds made each of them even more interesting and left me want to know even more about the side characters too. Sex scenes between two of the main characters were tastefully written and could make anyone who would be reading them get hot too.

This story will get five out of five cupcakes from me.
Read more
Helpful
Comment Report abuse

Liza O'Connor
5.0 out of 5 stars A delightful read!
Reviewed in the United States on January 9, 2017
Novice Undercover agent Ani Sharif is assigned to find proof that software Tycoon Richard Rexford is selling software code to the Chinese. She has real computer skills but instead of trying to get a job in the normal way, she buys up all the possible dot.coms of his name and demands 10 grand if he wants them back. (People actually do this).

Richard is not a trusting fellow, and while he enjoys sex he avoids ‘love’ like the plague. So the romance is all over the place in this book, and I loved it! There are a great many twists and tangles during the story, and on occasion I did get a bit confused, but overall it was a delightful read.

I give this 4.5 stars and round up.
Read more
One person found this helpful
Helpful
Comment Report abuse

Ellen Whyte
4.0 out of 5 stars Light, attractive reading
Reviewed in the United States on January 27, 2017
This is not so much a romantic suspense novel as a sexy romance with the spy stuff added in to provide a bit of context and glamour. The main thrust of the story is the relationship between Ani, the extremely sexy and fashionable heroine, and her ‘target’ the rich and sexy Richard Rexford, CEO technocrat. It contains spanking, bondage, domination and sex but for all that, it’s very mainstream romance, not erotica. Overall this is attractive light reading, excellent for a rainy afternoon or a day by the pool.

I was sent an ARC to my kindle by the author and reviewed voluntarily.
Read more
One person found this helpful
Helpful
Comment Report abuse

Lisa
4.0 out of 5 stars Action packed
Reviewed in the United States on January 19, 2017
A really good blend of suspense and romance as agent Ani gets her first field assignment: Richard. The lines between professional and personal very quickly become blurred as Ani gets close to him to discover if he has been selling state technology to America's enemies.

Whilst there were some interesting twists along the way with a lot of strong personalities, Ani, at times, faded into the background and struggled to assert herself, except when she was online.

This was my first book by this author but it won't be my last. She pulled me into this story from the start and kept me hooked with its fast paced twists and turns whilst showing the vulnerability of Ani throughout.

MishkaGirl
4.0 out of 5 stars Blindsided
Reviewed in the United States on January 12, 2017
Ani is a spy and computer whizz. Her assignment is to infiltrate a company to establish if the owner is a traitor. What she doesn't forsee, is falling in with the man who is her target. She is blindsided by her feelings.
I really enjoyed this book.
I disliked the use of WASP, I am not a fan of abbreviations and the use didn't appear to be relevant.
I found it was overly descriptive in places. These two dislikes are my personal dislikes only and should not deter future readers. I highly recommend this book, it has a storyline which will keep you intrigued.
Read more
One person found this helpful
Helpful
Comment Report abuse
See all reviews from the United States