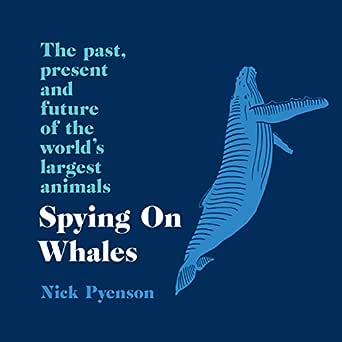 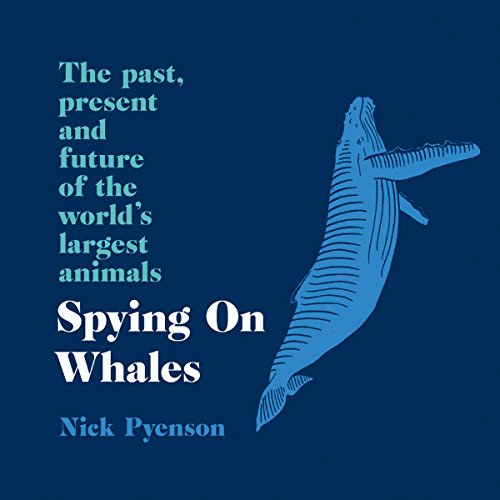 4.5 out of 5 stars
4.5 out of 5
191 global ratings
How are ratings calculated?
To calculate the overall star rating and percentage breakdown by star, we don’t use a simple average. Instead, our system considers things like how recent a review is and if the reviewer bought the item on Amazon. It also analyzes reviews to verify trustworthiness.

Cabin Dweller
3.0 out of 5 stars Define "Whale". Define "Spying"
Reviewed in the United States on August 28, 2019
Verified Purchase
A quote on the cover of the book is taken from a professional review: "The best of science writing". That is discouraging, but I can view it with a strained neck as well. The book could be among "the best" of a category I don't much indulge in because author Nick Pyenson, and his editors, made a conscious effort to attract readers who are beach combers and vacation planners, not science majors and white glove curators. From a scientific point of view, there are two problems with "the best" promotion. One is the dead reckoning of the purpose of the book. The information starts at a random point and moves toward the undefined. Other than simply wanting to know more about an animal making a comeback in a world that doesn't support wildlife, Pyenson leaps from one location to another -- all interesting locations, however -- without taking a theme with him.

The second problem with this book of "science" writing is that what should be a monumental issue is treated like some inevitable unknowable. There is no shortage of expertise on whales from the author. He knows their bones, their brains, their relatives, and, as far as can be determined, their long, seemingly unfathomable history. He is truly passionate about their resurgence from the Moby Dick years and the devastating century that followed. More than once, he disassociates himself from those who study whales unscientifically, with blind emotion and open arms.

The monumental issue in question is climate change. The book's jacket uses the term. The book occasionally repeats the term but as if it is defined overall or at least in context to massive ocean-going creatures. "Climate change," in a book that has all the opportunity to define it, is not defined. What role does shipping play in the melting North Pole ice? What role does increased fossil fuel burning play, and for how long, in the future of whales that are getting larger, not smaller, than their ancestors. There are no statistics. There is no analysis. I bought the book with an open-mind of what science can teach me about coal mines in Kentucky, Air Force One's vapor trail, and plastic islands off Sri Lanka. However, when the term is used, "Climate Change," we're supposed to just know what it means, even though 99% of this book covers the changing of climate before humans knew how to ride a bicycle.

corvus corax
4.0 out of 5 stars excellent book
Reviewed in the United States on October 7, 2018
Verified Purchase
I heard this gentleman interviewed on NPR's SciFri. After the interview, I immediately ordered his book. It is a fascinating exploration of the evolutionary history of whales as well and containing copious information about baleen whales. The book was quickly shipped and arrived in perfect condition. My only quibble with this book is the less than adequate illustrations and a lack of tables, etc to further explain the information. thank you.
Read more
17 people found this helpful
Helpful
Report abuse

Pat
5.0 out of 5 stars Science, done proud
Reviewed in the United States on September 7, 2018
Verified Purchase
A fantastic book on many levels. If you have ever seen a whale in the wild, you know the fascination. This book explains these marvelous creatures - feeding, migrating, interacting with their kind, changing with our rapidly altering earth. It explains evolution. Most importantly, at least to me, the author explains the allure of science better than most of the books I’ve read- how a bit of data suddenly answers one question and suggests ten more. How working with friends expands our horizons. The role of serendipity in discovery. Enjoy!
Read more
7 people found this helpful
Helpful
Report abuse

Amazon Customer
5.0 out of 5 stars All the stars!
Reviewed in the United States on September 14, 2019
Verified Purchase
Can I just give this book all the stars? It absolutely deserves it. Author Nick Pyenson expertly blends science and storytelling, taking us through the natural history of whales from the small beginnings of Pakicetus and Ambulocetus, via today's baleen and toothed whales and the new things we can still discover and learn about them, ending up at the unknown future and how it will affect cetaceans.
~~~
I learned so many interesting facts from this book about cetacean paleobiology, walrus whales (!!), how enormous blue whales are and why they technically can't get much larger, shifting baselines, the relationship between different species of river dolphins, how climate change can affect different whale species and so much more.
~~~
I listened to the Audible audiobook while highlighting passages in the Kindle edition and I can absolutely recommend both. The audiobook is narrated by the author and the Kindle edition has lots of useful references for further reading :D

Benjamin Badger
4.0 out of 5 stars Science continues to amaze...
Reviewed in the United States on November 27, 2018
Verified Purchase
Don't let my 4 star review keep you from grabbing this book. It's a great read, very informative... it just isn't among the BEST I've read.

(For context, think of Stephen Hawking's "A Brief History of Time" or "Why Evolution Is True" by Jerry Coyne).

In all honesty, if you're interested in whales or the evolutionary process at all, read this! I have a greater appreciation for whales in general, and the scientific method of determining evolutionary history in general.
Read more
8 people found this helpful
Helpful
Report abuse

FKS
5.0 out of 5 stars Don't know much about whales? You will after reading this book.
Reviewed in the United States on November 13, 2018
Verified Purchase
The real news in this book is the devastation wreaked upon the species by the whaling fleets in the 19th and 20th centuries. And it is still going on. The species is tens of millions of years old, very intelligent and preyed upon for protein under the guise of research. The book is well balanced between archaeological research and discovery and the living patterns and of the species today.
Read more
7 people found this helpful
Helpful
Report abuse

Lori L. Fox
4.0 out of 5 stars More like peeking at whales
Reviewed in the United States on January 8, 2021
Verified Purchase
While this was an interesting book to read, and I learned a lot about the evolution of whales (for example, whales at one point were 4-legged land mammals and then went back into the sea but retained vestiges of their limbs that can be found under layers of blubber), I was hoping for more. I wanted it to be longer with more description and information about sightings and interactions with whales. I enjoyed reading it but was left with a sense of “I didn’t really learn much about whales from reading this book.” It’s more of a surface read than an in-depth observation of mostly baleen whales. I wanted statistics, analysis, photographs, and a more in-depth view of spying on whales.
Read more
Helpful
Report abuse

James A. Slavin
5.0 out of 5 stars Excellent book
Reviewed in the United States on September 3, 2018
Verified Purchase
Well written history of whale evolution, their present state and a look at their future by a true expert. The science is at a high level but anyone who was paying attention in high school biology should be fine. Think of it as a fun textbook on whales. Jim
Read more
7 people found this helpful
Helpful
Report abuse
See all reviews

geckonesso
5.0 out of 5 stars Fantastic book, if you love whales then you will love this book
Reviewed in the United Kingdom on February 12, 2020
Verified Purchase
This was a fantastic book, the past, present and future of whales had me gripped. Totally heart warming and wrenching!
Read more
Report abuse