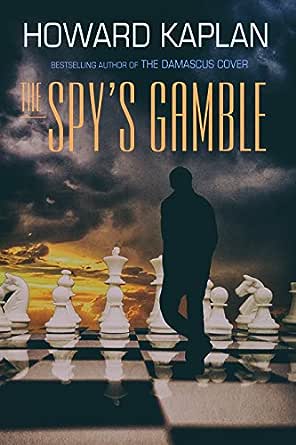 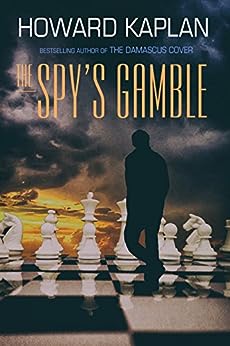 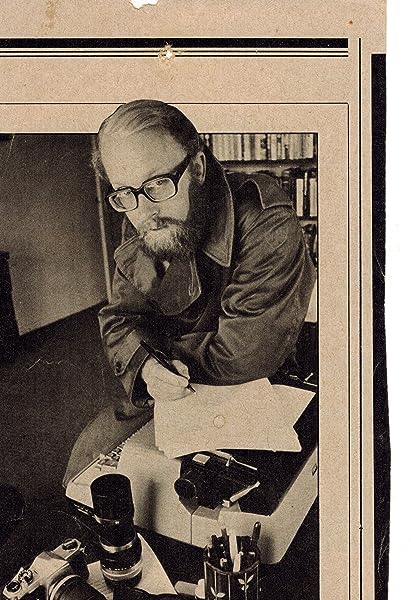 Clive Cussler--"Kaplan is right up there with the best."

The Jerusalem Post/Report
"In no small feat, Kaplan's novels are routinely praised by the Israeli, Jewish, Arab and mainstream press. In seeking what's actually happening on the ground, a balance organically appears on the page...Kaplan depicts an Israeli military patrol in the al-Amari refugee camp in Ramallah that shows the reader what such moments are like both for the soldiers and the residents. Occasionally, while on patrol Palestinians toss small refrigerators from roofs at them. Frightened soldiers squeeze off rounds. They pass a number of triangular stone monuments their faces covered with the names of Palestinians killed in clashes with the soldiers.
The Spy's Gamble and the search for the missing Prime Minister ends in a greatly unexpected twist. Novels are meant to push the envelope and challenge us. Howard Kaplan certainly does that yet again with this one and does so shockingly."

Israel Book Review
"A must read. Another edge of the seat from start to finish novel by Howard Kaplan. The Spy's Gamble, written with the same character strength and style of the author's previous Mid-East thrillers is intertwined with drama, intrigue and history. It's a great read and for the inquisitive and inquiring reader, forces you to recall and reevaluate Mid-East politics spanning the 1940's to today. If you enjoy well-written historical based fiction when the characters operate within familiar geopolitical events, you want to read The Spy's Gamble as well as Kaplan's other books."

HOWARD KAPLAN, a native of Los Angeles, has lived in Israel and traveled extensively through Lebanon, Syria and Egypt. At the age of 21, he was sent on a mission into the Soviet Union to smuggle a dissident's manuscript on microfilm to London. His first trip was a success. On his second trip, he transferred a manuscript to the Dutch Ambassador inside his Moscow embassy. A week later, he was arrested in Khartiv in the Ukraine and interrogated for two days there and then two days in Moscow, before being expelled from the USSR. The KGB had picked him up for meeting dissidents and did not know about the manuscript transfers. He holds a BA in Middle East History from UC Berkeley and an MA in Philosophy of Education from UCLA. He is the author of five novels. DAMASCUS COVER is now a major motion picture starring Jonathan Rhys Meyers, Sir John Hurt and Olivia Thirlby. --This text refers to the paperback edition.
Read more

Kathy Vikre
5.0 out of 5 stars Marvelous Tale of Espionage
Reviewed in the United States on June 14, 2018
Verified Purchase
This is a marvelous tale of espionage. No one is to be trusted - not because they are different, but because they are alike. Jews, Palestinians, Arabs, even Russians mingle and plot across continents using all sorts of conveyances: they meet on planes, trains, and boats - known to each other and unknown. Mr. Kaplan tells a story of intrigue as no one else. He has a master's knowledge of the history of the Middle East and he shares it in a way that conveys the issues clearly. He describes the land in such a way that you can see the temples, the deserts, the dirt roads, the darkness. And you understand what is important - the land, the culture, and of course, control. You won't forget this story of a missing nuclear submarine and the Israeli Prime Minister soon after reading it. You will ponder and ponder. What went wrong? What can fix this?
Read more
7 people found this helpful
Helpful
Comment Report abuse

Leonard T
5.0 out of 5 stars 5 out of 5 Humane Stars for this one!
Reviewed in the United States on August 25, 2018
Verified Purchase
Take a moment to peruse the news and various headlines from around the world.  What do you see?  Chances are you have read newspaper headlines and watched television broadcasts full of conflict and strife.  After all, "bad" and dramatic news dominates the global media due to the simple fact that this is what people pay attention to!  Nowhere is this more evident than with the Middle East conflict which exists between Israel and Palestine.  Images of violence and bloodshed dominate headlines and flash across television screens on a consistent basis.  Where is the humanity?  Does it actually exist?  In The Spy's Gamble, author Howard Kaplan adroitly captures and portrays the humanity which unmistakably does exist in this region, but is so often ignored by the mainstream media.  He does so in a thrilling and suspenseful tale of espionage and intrigue.  For those readers who enjoy carefully researched, factual history which is beautifully woven into a thrilling and electrifying story...read on!

Essentially, the story revolves around the disappearance of the Israeli Prime Minister.  When he takes a ride on a new stealth submarine just off the coast of Norfolk Virginia, he vanishes.  How does a military submarine simply disappear... and who could be responsible?  This is the question which Israeli Intelligence is assigned to answer.  However, this is no easy feat and the Israeli contingent soon find themselves looking to Ramzy Awwad, a former PLO Intelligence officer, for assistance.  Can these traditional adversaries possibly work together to solve this mystery?  Or perhaps this is a doomed mission which could ultimately lead to devastating and disastrous results!

Make no mistake, the plot of this political espionage thriller is altogether gripping and will keep you on the edge of your seat.  It is full of twists and turns and the reader is constantly predicting outcomes, only to self-correct when things suddenly turn in another direction.  It really is pure engagement!  However, while the plot is electrifying and engrossing, it is the historical elements which are seamlessly interwoven into the story which truly captured me.  I have a deep appreciation for authors who painstakingly research and then turn that material into top-notch fiction.  This is just such the case with Howard Kaplan and The Spy's Gamble.  He has in-depth and superlative knowledge of the Middle East conflict between the Israelis and Palestinians.  This keen awareness is blatantly obvious throughout the book.  The humanistic theme of reconciliation, compassion and compromise permeates the story and shows a deep understanding of long standing issues.

Do not be fooled into thinking that this novel is a mere history lesson however!  Indeed, as previously mentioned, it is thoroughly exciting and captivating.  The story is further supported by a cast of characters who are carefully developed and intriguing.  You have the cryptic Israeli intelligence officer Shai Shaham, who seems to be both cunning and vulnerable at the same time.  Then there is Eli Bardin who is undergoing his own personal life crisis.  Be that as it may, he is steadfast in his determination to do what is right.  There is also the former PLO intelligence officer Ramzy Awwad, whose crafty nature acts as a conundrum throughout the novel.  What is he really up to anyways?  Nevertheless, the one thing that these 3 dynamic men and the variety of other characters in the novel have in common is that they are all very human.  The novel and its characters show that the unique trait of humanity is all encompassing.  They all feel love, hate, grief and rage.  When political affiliations are cast aside they are all inherently human.  For instance, the bus accident in which a Palestinian family helps a busload of Jewish children is just one example of this in the novel.  The suffering which the continuing conflict brings has a profound impact on everyone.

Overall I found this to be a superb novel.  Howard Kaplan has a unique command of the written word and it seems to flow almost effortlessly. His knowledge of the subject matter greatly enhances the top quality of his book. I give this novel my highest rating.
Read more
3 people found this helpful
Helpful
Comment Report abuse

Steve O
5.0 out of 5 stars Characters come to life within historical events
Reviewed in the United States on July 2, 2018
Verified Purchase
The Spy's Gamble, written with the same character strength and style of the author's previous Mid-East thrillers, "The Damascus Covers"; "The Chopin Express" and "Bullet's of Palestine", is intertwined with drama, intrigue and history. It's a great read and for the inquisitive and inquiring reader, forcing you to recall and re-evaluate Mid-East politics spanning the 1940's to today. His characters come to life within the historical events in which they are set. If you enjoy well-written historical based fiction where the characters operate within familiar geopolitical events you want to read the Spy's Gamble as well as Kaplan's other books. Hopefully it won't be another 30 years for his next novel -- it would be fun to see the author plant some of his character development into today's politics and the Mid-East.

I am excited for the release of "The Damascus Cover", Kaplan's first novel to be recreated into a motion picture.
Read more
4 people found this helpful
Helpful
Comment Report abuse

Deborah Carroll, Author
5.0 out of 5 stars Riveting Because It's Real
Reviewed in the United States on September 29, 2018
Verified Purchase
Another terrific read by Kaplan. What struck me most about this intriguing book was how close to reality it was. It's clear to the reader that Kaplan did his homework. It's a novel but it rings true and is, given the topic, surprisingly objective. The marvelous thing is that the reader feels empathy for all sides in the complex dynamic that is the Middle East. As you read you understand the point of view of "opposing sides." That is not easy for a writer to achieve -- a wholly unbiased look at the way things are. Additionally, the events in the book reference recent real life occurrences so it exemplifies fiction done well because it feels real. All that aside, it's a fast and engaging tale, well told. This is not a genre I normally read but I might have to continue because it's just that good! It's the second Kaplan book I've read recently; it won't be the last.
Read more
2 people found this helpful
Helpful
Comment Report abuse
See all reviews

dr c
5.0 out of 5 stars The history of modern Israel through a fictitious thriller
Reviewed in Australia on June 27, 2020
Verified Purchase
Anyone who enjoys a nail biting thriller should read this book.
If you are interested in the Middle East, details of the history, geography, conflicts are easily woven into the narrative.

It was hard to put this book down.
Read more
Report abuse
See all reviews