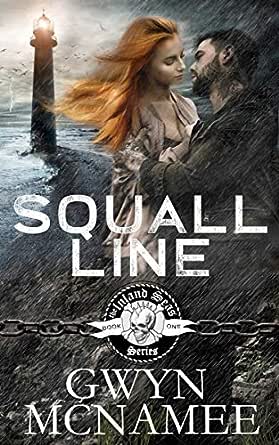 You've subscribed to The Inland Seas Series! We will preorder your items within 24 hours of when they become available. When new books are released, we'll charge your default payment method for the lowest price available during the pre-order period.
Update your device or payment method, cancel individual pre-orders or your subscription at
Your Memberships & Subscriptions
There was an error. We were unable to process your subscription due to an error. Please refresh and try again. 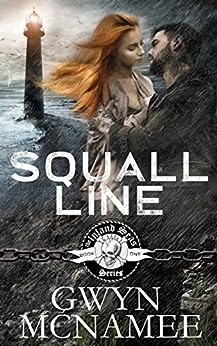 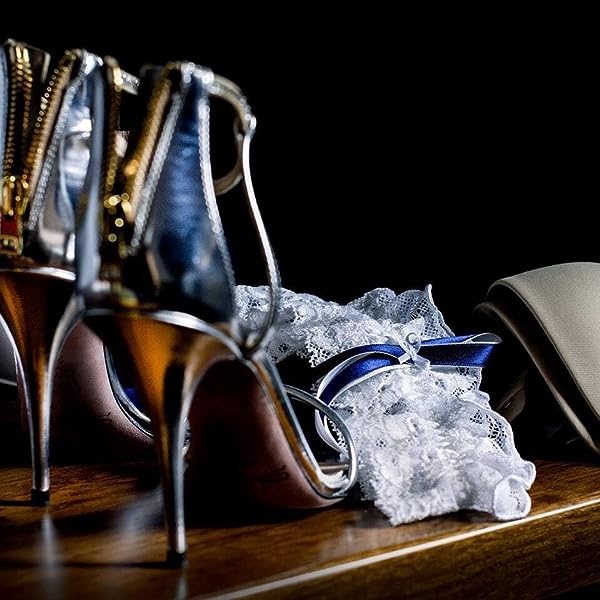 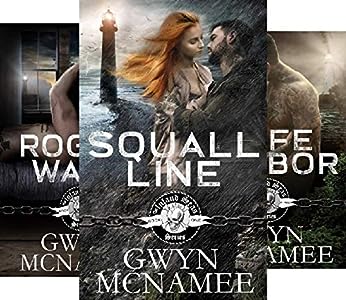 4.1 out of 5 stars
4.1 out of 5
205 global ratings
How are ratings calculated?
To calculate the overall star rating and percentage breakdown by star, we don’t use a simple average. Instead, our system considers things like how recent a review is and if the reviewer bought the item on Amazon. It also analyzes reviews to verify trustworthiness.

Polly Barreto
4.0 out of 5 stars Danger ahead....ends in a cliffy!
Reviewed in the United States on October 13, 2020
Verified Purchase
This is my first book by Ms. McNamee and my first book about modern day pirates.

Grace A. Albright has set sail on her first caption expedition on Lake Michigan after taking over the family business due to her father’s death. She is one fiery, inquisitive, sassy and strong-willed redhead and she isn’t going down without a fight.

Warwick (War) Pike is pirate…yup pirate! He is trying to keep his family business alive and has made a deal (or two) with the Chicago Mafia to keep it going. AND he is one heck of a sexy alpha bad boy – or so it seems on the surface.

War has been sent to retrieve cargo off of Grace’s ship. Once he steps foot onto her ship – the chemistry starts! These are so different, but yet so much alike! I think they both have met their match.

This book has just about everything a reader would like to see in a story. Let’s see there is danger, suspense, angst, mafia, kidnapping, pirates and some awfully sexy sex scenes! What more could a reader ask for!

The only reason I went with four stars was because of the ending. There are a few questions that were unanswered, in my opinion, but I guess that is what happens in a series. Overall, it was a decent read and I might grab the next book due to the cliffy just because I need to see how things play out but will wait for a sale on the book first.
Read more
17 people found this helpful
Helpful
Report abuse

Bourbon, Books and Brenda
5.0 out of 5 stars Hot pirate alert!!!!
Reviewed in the United States on July 29, 2019
Verified Purchase
Well damn! Wth took me so long to read this book? This is one of the most interesting and entertaining books I have read in awhile! If you look at my account I rarely give 5 stars...I have to LOVE 💕 the story, characters, and it has to be unique. This book nailed it!

I want a pirate now! War was awesome. I liked that even though he was a bad guy you could totally see the good guy! He tried so hard to be awful but just couldn’t do it. (Sigh)

Grace was a bada$$ too. She stood up for herself, her crew, and gave War as good as she got! Love strong feisty heroines! And the chemistry between War and Grace 🔥🔥🔥!

The secondary characters all had me wanting to know more of their stories but I will have to wait until later books to get their stories. So Brenda, you may be asking, was there anything you didn’t like? YES!! It ended way to soon and now I have to wait for the next book!!!! Pick up this perfect blend of modern day swashbuckling excitement and romantic suspense now!! Now I say! Gwyn hurry with the next book please!
Read more
9 people found this helpful
Helpful
Report abuse

Nancy Reads
5.0 out of 5 stars A Modern Day Pirate Romance
Reviewed in the United States on March 17, 2021
Verified Purchase
SQUALL LINE is a modern day pirate story. It takes place on the Great Lakes to an unsuspecting ship crew in shock, that this was actually happening to them & their cargo ship. They are boarded by a pirate crew that wants their cargo. The pirates are in for a rude awakening of their own. The ship is captained by a beautiful, feisty, red haired woman. She is armed and has a gun aimed right at the pirate captain. He has a gun, too, and they are at a stand-off. His huge crew member overtakes her from behind, but she has bought time. The Coast Guard is on their way. They have to leave with half the load and take the woman as hostage. They are breaking their own rules by taking a hostage.

Grace Albright can't believe she is a captive of Captain Swashbuckler and his sidekick the Hulk. She is basically an accountant who runs the office. Then her father had suddenly died, leaving her in charge of the shipping business. Also the one who would have to captain the ship that must deliver a shipment on time. They should have been safe. Who knew there were pirates on the Great Lakes?

Warwick Pike is much more than a pirate captain. His story is very complex. For certain though he regrets the day he threw Grace over his shoulder like something out of an old romance novel and carried her away. Now all the problems he has are because of her. Grace is just beautiful, frustrating, intelligent, infuriating, passionate and annoying. But most of all she just might be his saving grace.

This book is action packed. There is lots of pent-up aggression between War and Grace. Yet all the heat smoldering there finally sparks. All of this happened for a reason, anyone on the outside who has heard their story may not be able to understand them, it shouldn't matter what anyone else thinks. All that matters is what they feel. This book has a sort of an open-ended finish. They are together, but it does leave some questions unanswered. The next book is about a different couple, yet hopefully will answer the questions left in this book.
Read more
2 people found this helpful
Helpful
Report abuse

S
4.0 out of 5 stars Not really a cliffhanger
Reviewed in the United States on September 8, 2020
Verified Purchase
But the story does leave you wondering about something, whether you choose to care or not is up to you. It's definitely a series.
I like the premise of modern day pirates, it's different. They aren't looking for hostages, just loot.
It is very similar to a post-military-now-we-started-up-our-own-group book.
I liked it, I will probably try to read more of the series.
Read more
5 people found this helpful
Helpful
Report abuse

R. Sass
5.0 out of 5 stars Modern Day Pirates! I’m in love!
Reviewed in the United States on May 10, 2019
Verified Purchase
Gwyn McNamee is one of my “must buy” authors & once again, she does not disappoint!

Squall Line is Book 1 in Gwyn McNamee’s new Inland Seas series & I am in love...Modern-day pirates!!

Warwick Pike & Grace Albright are both ship Captains on Lake Michigan. Events in both of their pasts have placed them on paths that they didn’t expect & in War’s case, a path he can’t get away from. I can’t tell you more without giving you spoilers, but what follows is a story full of adventure, laughs, & some really hot love scenes!

I could not put this book down! As always Gwyn gives us characters that you just can't get enough of & can't help but love. (As much as I wanted to hate War, he worked himself into my heart.) And her secondary characters will leave you wanting more! I cannot wait to see what comes next!

If you have not read any of Gwyn McNamee's books before...What are you waiting for??? Squall Line is a great place to start!
Read more
4 people found this helpful
Helpful
Report abuse
See all reviews

Louise H - "Life In The Book Lane" Book Reviews
5.0 out of 5 stars Wow, definitely a stormy and wind-swept read - 5 stars
Reviewed in the United Kingdom on May 11, 2019
Verified Purchase
Squall Line absolutely blew me away with it's quirky, questioning heroine and its fiercely foreboding hero. Grace and War are two opposing forces caught in a battle of wills and wiles.

I absolutely adored this couple and I very much hope that you will do so too. They are both so flawed, one full of anger and vitriol, the other probing and persnickety. Yet both are just so special, they will steal your heart and refuse to return it.

Warwick is a good man who made a stupid choice for the best of reasons. That mistake eventually leads to a confrontation with Grace, who can't leave well enough alone, can't let things go. The result is a clash of personalities, a storm of emotion, a maelstrom of feelings and confusions amidst a sea of troubles. If they could only hate each other, and goodness knows there are plenty of reasons to, things wouldn't be half as complicated.

I truly felt the winds of their passion and was swept up by the torrent of emotions that poured from them. Tossed like a pebble on the tide, the plot twisted and turned me up, down and around. This was a story that soaked into my soul, a couple that have lodged in my heart. It ended on a very soft cliff-hanger but I loved this so much that I will definitely be continuing with this series.

"Grace." My name is a prayer. A question. A promise.
Read more
One person found this helpful
Report abuse

RuthG
5.0 out of 5 stars Breaking rules…
Reviewed in the United Kingdom on November 11, 2020
Verified Purchase
Squall Line well named
Now for something different... An unusual and
A Gritty crazy and bad boy novel,with a bit of suspense and action mingled with romance and heat. An most enjoyable Romantic Suspense. He is trouble with a capitol T - She’s his hostage and the impending storm may destroy them both.
Read more
Report abuse

Donna S
4.0 out of 5 stars Terrible ending.
Reviewed in Australia on March 22, 2021
Verified Purchase
I really liked Grace. She was the heroine of this adventure (which takes place mostly on land). I missed the rough seas and ship misadventures to be honest. The mafia was thrown in. Some bad best friends of War (Warwick) and a bit of romance. I think it was a bit too much for me to love it. Just an ok read.
Read more
Report abuse