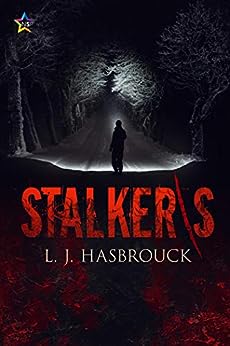 Yvonne
5.0 out of 5 stars Following 3 young people as they are travelling was addictive
Reviewed in the United States on February 20, 2019
There are not many stories that as I am writing the review, I am thinking of changing my star rating, but this was one of them as I am still thinking about the story a day after I finished the book.
Brian Jameson is disturbed by a gunshot, an intruder has broken into his house and scratched his mom. Being at the epicentre of the pandemic, Brian is forced to learn how to survive. Escaping with his grandfather, he joins up with old friends, twins Louis and Eva and they start their journey to a better life, but with the Stalkers and ruthless gangs hindering them, will they make it to the island of their dreams.
Brian was a quiet 19-year old, not knowing what he wanted to do with his life, he was going with the flow. Having lived a sheltered life, he was forced to grow up when his mom became ill and the virus began to spread, but even when he was danger, he always tried to show compassion. His friend Louis was the complete opposite, confident, a bit of a bad boy, he had a nasty streak and at times acted like a child having a strop, but together they were good for each other.
Whilst there are some similarities between Stalkers and Zombies, ie the virus was passed by fluid, they craved raw flesh: Stalkers felt more sinister. The virus changed the people whilst they were alive, they moved at speed and they planned their move. Creeping in the shadows they had an evil laugh which would make your skin crawl.
The variety of characters they come across were well described. Whether they were the cutthroat gang that took over a derelict fairground or the dynamic D whose only friend was a cat, they all had their own tales of survival. As you read you are following Brian on a journey of discovery, whether it was learning how to hunt or finding the real meaning of love. The love between Brian and Louis started off slowly and as the journey intensified so did their relationship.
Following 3 young people as they are travelling through a dangerous America was addictive and I had to force myself to put the book down to do real-life tasks. However, before I knew it I had finished the story. What can I say about the ending wow I didn’t see most of it coming.
This is the 1st story I have read by this author and it won’t be the last.
Read more
One person found this helpful
Helpful
Report abuse

Rebecca Slone
VINE VOICE
5.0 out of 5 stars 4.5*
Reviewed in the United States on July 11, 2020
I am seriously torn right now. I am so ticked off at this book right now. I will explain. I really didn’t know how to rate it at first, but I had to realize that I had to get over it for a moment at least, and give credit where credit is due. And that is to this author. They did their job. They pulled you in from the first page and gripped you until the end. The writing, the characters, the plot, all of it was meant to enthrall you into this story and it did. It was meant to shock and awe, leave you in doubt, but hope, and just about any other emotion you could throw in there. And that is why I rated it what I did. Anything lower would be a disservice and would be just me being over here all ticked off. My hat is off to you L.J. Hasbrouck. One heck of a book.

Now, I am. Ticked. The. Heck. Off. Oh. My. Gah. What I just said before about it drawing you in. Oh yeah. So much so. Until you get to the end. Then all bets are off. That was the most messed up ending I think I have ever read, and I am at a loss of wanting to scream, pull my hair out or seriously punch something. What the actual f? And I have NO clue if there is going to actually be another to this book, so I have to assume this is how this book is being left. ARGHHHHH! I have no way to describe it. It’s like a cliffhanger. Heck it pretty much is.

Ok I don’t want to detract from the book anymore, because despite the ending, it really is a great book. Brian is up in his room playing on his tablet when he hears a noise. But when he takes of he earbuds, he hears silence, or does he? All he knows is there’s gunshots now going off and everyone is piling in his room. His mom shot the intruder but not without injuries to herself. They take her to the hospital. She’s there for a few days but the send her home. And she’s not acting right. She’s been infected. On the days they go to take her to the hospital again, she takes Brian’s sister hostage and I’m assuming eats her. It never clearly says. But you can assume from the screams. Brian’s dad goes to save her but it’s too late. He has to kill them both. But one got him and he makes it as far as dropping Brian off to his grandparents before he has to leave, before infecting them.

Over the next few weeks, his grandfather teaches Brian how to take care of himself with weapons, first aid and killing. About storing things and survival. But bad times are now visiting them and they have to run for cover. His grandmother doesn’t make it and he and his grandfather set out to see an old buddy to help each other survive. When the get there, Brian meets his childhood friends again, but Louis shoots his grandfather’s dog and they find out the grandfather is gone too. Brian’s grandpa’s friend. They are overcome eventually in this house too and have to run. Louis wants to go to new Orleans so he can get his family’s boat and go to an island. They go through heck on Earth at every turn, make some new friends, lose more family, but finally get to where they want to be. But discoveries and confessions are made, and what was now between Louis and Brian over this time, may now be permanently over.

You basically have a zombie apocalypse going on here. People are being infected quickly and other are struggling to survive. Brian doesn’t know how he will make it but does ok as long as he had his grandpa first, then later Louis. And they went through some stuff. Almost dying several times, being kidnapped, zombies at every turn. Towns are raized, destroyed. Bodies piling up everywhere. It’s tough. But the find some friends to help and make their destination. But that destination is what revealed too much and…….I can’t finish that. Argh!!!! This is….yeah. just seriously don’t know what to say after that.

It’s a good book. Exceptional. I really encourage you to read it. Recommend it.
Read more
Helpful
Report abuse

Diana The Book Nerd
4.0 out of 5 stars Lovechild of The Stand and World War Z
Reviewed in the United States on February 19, 2019
Stalker/s Kindle Edition
by L.J. Hasbrouck (Author)
I received a review copy via NetGalley and am choosing to leave a fair and honest review.

Hasbrouck has given us the love child of King's The Stand and Brooks's World War Z.

A fast past, tension filled (in more ways than one) exploration of the end of the world and the only things that can survive it, love.

Just before Brian is set to start applying to colleges, his mother is attacked by a stranger with a creepy smile, horrible stench and a hunger for flesh. This kicks of a pandemic of a zombie-like infection, where people lose their empathy and conscience to exchange it for a homicidal tendency and a hunger for blood. Brian holes who with his grandparents to learn basic survival skills before he is forced into a journey across the Bible Belt. During the trip, he meets up with is childhood friends, the twins Eva and Louis, who join him as they try to find a safe place in a world that may not longer have one. All the while, Brian and Louis must fight the growing tension between them.

Along the way the encounter madmen with masked gangs, people who have gone insane from loneliness or fear and what appears to be a pacifist cult based on a new religion that blends a lot of voodoo with more Catholicism (yes, I know voodoo is a mix of African religions and Catholicism)

I don't want to give any spoilers, but let me say, the fade to blacks at the Plantation and in the boat, were frustrating. If you can describe the splattering of brains, over and over, you certainly can show a little skin on skin action.

The end was an atomic blast of a twist that while I suspected some of it was coming, I was left breathless!