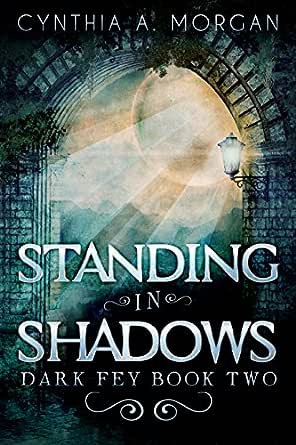 You've subscribed to Dark Fey! We will preorder your items within 24 hours of when they become available. When new books are released, we'll charge your default payment method for the lowest price available during the pre-order period.
Update your device or payment method, cancel individual pre-orders or your subscription at
Your Memberships & Subscriptions
There was an error. We were unable to process your subscription due to an error. Please refresh and try again. 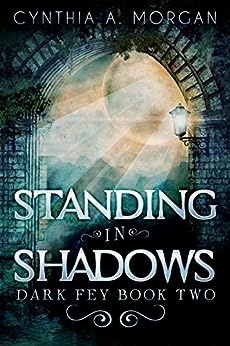 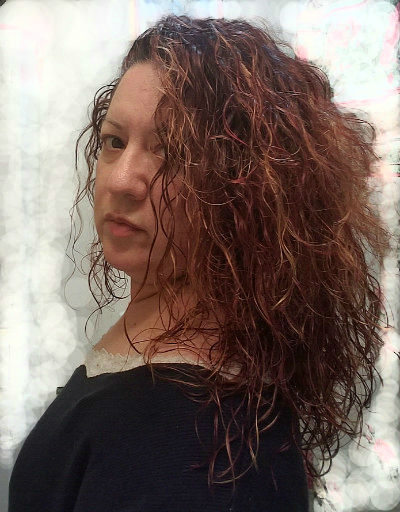 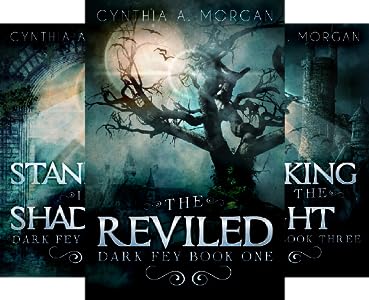 Standing in Shadows is a young adult fantasy novel by Cynthia A Morgan and the sequel to The Reviled, part of the Dark Fey series. The realm of Jyndari is undergoing major changes once again as the newly released Gairynzvl vows to free the Childfey who are being severely mistreated by those who dwell in darkness. With Ayla and Marden stepping into new maturity as the seriousness of their situation deepens, epic adventure awaits them once more in this magical realm. Gairynzvl's secret knowledge of the dark realm brings to light some grisly truths and threatens to provoke a powerful war between The Reviled and the Fey of The Light.

Having only recently read the first book, The Reviled, I was delighted to step back into the lavish world of light and dark which Cynthia A Morgan has created. Once again her prose takes on an almost poetic flow as the world of Jyndari spills out before her audience, and this time the stakes feel even higher than before. With time to really develop the three central characters during this second novel, I felt even more invested in the emotional ties they share and the duty to The Light which they feel. Whilst the torturous treatment of the Childfey is an upsetting subject, it is handled gracefully without the need for graphic reference, and it brings a new gravitas and danger to the plot that further enhances the sense of tension and adventure. Standing in Shadows is a superb continuation in the Dark Fey series.

Dark Fey: Standing in Shadows, book two of the Dark Fey Trilogy, delves deeper into the mystery and suspense of the tale initiated in book one: The Reviled. In book two, readers discover the history behind the main character, Gairynzvl, in greater detail as they learn about the harrowing life he endured among the Reviled of the Uunglarda, as well as the terrors of The Integration; the process of intentional cruelty and neglect designed to twist childfey into Dark Ones.  Although Standing in Shadows reaches deeper into the shadows, it never strays entirely out of the Light, relating a tale of both fear and hope as readers share Gairynzvl's challenges to return into a restored life.
Although certainly darker than book one, Standing in Shadows does not incorporate this level of horror simply for the sake of it. One does not need to open the pages of a book to discover the unthinkable, as the darkness typically embodied in fantasy genre stories by some terrifying being or creature is very much alive in our own reality and this is the underlying motivation for the darkness woven into Dark Fey.  Standing in Shadows was inspired in great part by the terrifying, yet true-life events of the Lord's Resistance Army or LRA, a rebel militant group in Uganda that has for over 20 years abducted children from their homes; forcing them to commit horrifying acts of violence against each other and their own people. These children suffer a very real Integration and, like the childfey of Jyndari, they endure violence, starvation, multiple rapes and beatings at the hands of truly sadistic overlords.  This is how the Reviled came to life and became the horrifyingly cruel beings depicted in Dark Fey.
However dark, Standing in Shadows also gives readers the opportunity to explore the vibrant realm of Jyndari more fully.  There are accounts of distant lands and exotic wildlife; readers join the villagers of Hwyndarin in a night of celebration and exquisitely described traditional music; and the characters even get time to enjoy an exhilaratingly heart-pounding sporting event, but through it all, Gairynzvl's purpose remains and the reasons why he wants to return into the dark realm of The Uunglarda are ultimately exposed.
In spite of the dangers involved and the very great risk of sparking full-scale war with the Reviled, Gairynzvl has an inescapable need to go back into the dark realm of the Uunglarda to rescue as many of the childfey trapped there as he can find. The success of his plan will hinge upon more than courage and military strategy; it will call upon the unique skills and magic of each individual who chooses to join his band of Liberators, and it will require a level of dependence upon each other for which few of them are prepared.  Their actions will test all of their limits, could easily divide loyalties, and will shake the foundations of everything The Fey of The Light have accepted as truth for thousands of years. Can Gairynzvl convince his friends and the Temple Elders to allow him to return to the Uunglarda?  Who will join him to help the innocent childfey who have been abducted into the realm of shadows and fear?  Will the Fey of the Light risk a savage war in order to rescue so few, and will any of them be prepared to face the consequences of their actions?