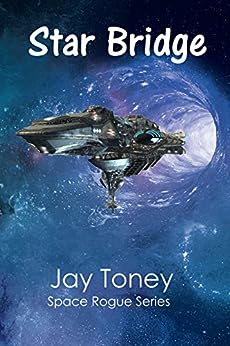 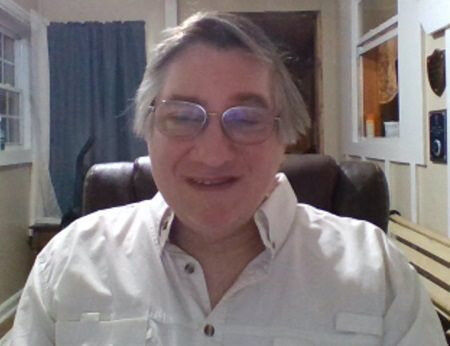 by Jay Toney (Author) Format: Kindle Edition
Book 5 of 10: Space Rogue
See all formats and editions
Sorry, there was a problem loading this page. Try again.
The fleet departs Space Station Hell to search for the star bridge. I take command of the fleet. Getting to the Hades system is Red’s mission. Finding the star bridge and a new home for the people is mine. A new person joins my crew, a Keshian changeling named Nugget.
I have a growing attraction to the Carpacia’s AI, and she is attracted to me. Persephone, is not just a computer-generated personality. Both of us will discover her true nature.
I’ve promised Nugget adventure. He is going to get more than his share of it aboard my ship. While the fleet is en route to the Antares star system, we will discover derelict spaceships. I haven’t learned my lesson. The temptation to board and salvage a few of these vessels to grow the fleet is too great. While exploring the spaceships, their guardians return.
I rescue a princess from Gorian slavers. She needs my help to save her planet. In exchange, she offers me a reward that she cannot pay.
The fleet enters a star system with a world populated with cyborgs. They are attracted to the neurochip implanted in me. They think I am a malfunctioning cyborg and take me from my ship to repair me. My life will never be the same again.
I will have these and other adventures before finding the star bridge.

Born in 1964, Jay Toney grew up in during the Space Race. He spent his youth glued to the television watching the origination Star Trek series, Battlestar Galactica, Star Wars, and other science fiction movies. Having spent the Majority of his life as an voracious reader, he has been heavily influenced by writers ranging from Robert Heinlein, Jerry Pournelle, Alan Dean Foster, David Weber, and many more. Living in Alabama, he shares a house with a mischievous cat.

Amazon Customer
4.0 out of 5 stars Gets better as the story develops
Reviewed in the United States 🇺🇸 on August 28, 2020
Verified Purchase
The story develops and changes over each book. New challenges that drops some of the original story line. One suggestion is more proof reading, many typos and incorrect words.
Read more
Helpful
Report abuse

Spoke36
3.0 out of 5 stars Captain Roberts becomes a cyborg and three women become pregnant - 3.5 stars
Reviewed in the United States 🇺🇸 on October 12, 2020
It is a catfight with all three wives pregnant at the same time with the meandering voyage through mostly known space.

Captain Nathanial Roberts still has a price on his head but manages to amass an even larger fleet of interstellar ships, more crew and more adventures. There are dares and double dares but somehow, in the tightest situations, Captain Roberts manages to win and get loyalty from those he defeats.

Technology gets better, force fields need less power, view screens are more intuitive; his goal of trying to visit earth in the Milky Way through a "star bridge" seems like it might happen.

Each chapter is more like a novella explaining fly-bys and planetary visits. The captain actually goes to Hell and - not a surprise - escapes.

One enjoyable sequence unfolds when the captain is forcibly removed from his ship by a group of cyborgs who turn the bedeviled captain into a machine except for his brain and reproductive organs. His new form cannot be distinguished by his appearance -- only by his mass. This leads to new problems of trying to learn how to use his new-to-him body.

It's pure fun for this fifth book in the series. There is still another Space Rogue book coming. Good fun and escapism as the search for the bridge to mankind's home loses in using historical records left behind by earth's original human space travelers.
Read more
Helpful
Report abuse

Bookfan
3.0 out of 5 stars A Bunch of Easy Adventures for Captain Roberts (3.5 Stars)
Reviewed in the United States 🇺🇸 on December 9, 2020
The story introduced new characters and was filled with adventure, but seemed a bit far-fetched the way they escaped so easily time after time. The royalty get out of jail free card was used frequently. I enjoy the series, but I did not enjoy this book as well as the rest.
Read more
Helpful
Report abuse

Ridgemeister
5.0 out of 5 stars Good, entertaining read!
Reviewed in the United States 🇺🇸 on November 5, 2020
Enjoyable reading! Came in to the series in the middle of the books from a promotion, but quickly came up to speed with the general story arc and the well defined characters. To refer to the main character as a "freebooter", which means a pirate or lawless adventurer, is an oversimplification. He has his own laws, harsh though they may be at times, but he comes across to me as someone who is trying to get by by attacking his enemies, and not to take any aggression unanswered. There is a nice amount of humor and a decent plot to savor. My only niggle is that there were a small number of misplaced quote marks in the text, which caused me to re-read the segment to make sure I had read and comprehended it correctly. I will end up purchasing the entire set to enjoy in the future.
Read more
Helpful
Report abuse

Living with 3 pregnant wives in his cabin (2 human, 1 goddess), a very angry ex (Hades), and constantly popping out of hyperspace into a space battle is most definitely "interesting times."

An excellent read and I am rolling right into the next book as soon as I hit enter.
Read more
Helpful
Report abuse

William Washburn
5.0 out of 5 stars Race in space
Reviewed in the United States 🇺🇸 on October 13, 2020
I love this series. It comes together as a series as well as standalone episodes. The characters grow as people over the time of the series. It has battles, side changes, and everyday marriage problems. Great story
Read more
Helpful
Report abuse

Tom and Helen Tuttle
5.0 out of 5 stars What else could you ask for?
Reviewed in the United States 🇺🇸 on October 12, 2020
Sword fights, dogfights, cyborgs, epic space battles, gods and demi-gods. The hunt for a mystery takes you across the galaxies. More friends and enemies to be found. Follow this crew on another adventure with twists and turns galore.
Read more
Helpful
Report abuse

Nigel Frankcom
4.0 out of 5 stars Fun
Reviewed in the United Kingdom 🇬🇧 on August 22, 2019
Verified Purchase
An interesting segue into Ancient Greek mythology sees Persephone, Nathaniel and their cohorts following their own odyssey. A pretty good read all in all.
Read more
Report abuse
See all reviews