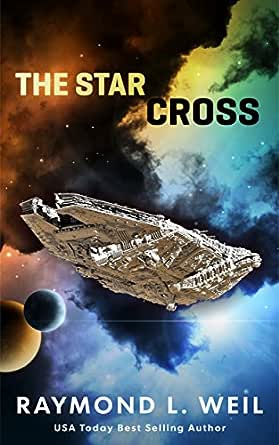 You've subscribed to The Star Cross! We will preorder your items within 24 hours of when they become available. When new books are released, we'll charge your default payment method for the lowest price available during the pre-order period.
Update your device or payment method, cancel individual pre-orders or your subscription at
Your Memberships & Subscriptions
There was an error. We were unable to process your subscription due to an error. Please refresh and try again. 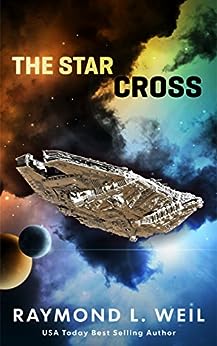 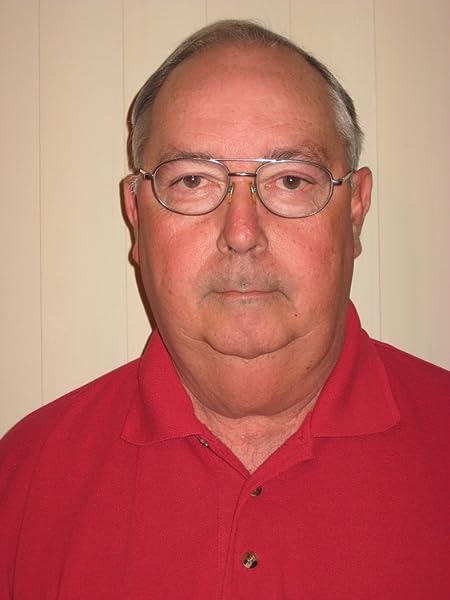 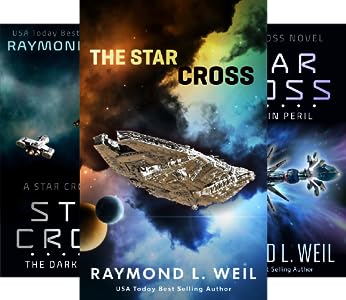 A unique take on an alien invasion novel that had me turning the pages as fast as I could to find out what would happen next! Entertaining, action-packed, and full of great characters--this book is highly addictive, so beware. I recommend setting an alarm reminding you to go to sleep. -Jasper T. Scott, USA Today Best-selling Author of the Dark Space Series

4.2 out of 5 stars
4.2 out of 5
635 global ratings
How are ratings calculated?
To calculate the overall star rating and percentage breakdown by star, we don’t use a simple average. Instead, our system considers things like how recent a review is and if the reviewer bought the item on Amazon. It also analyzes reviews to verify trustworthiness.

JAK
3.0 out of 5 stars Okay read.
Reviewed in the United States on February 24, 2020
Verified Purchase
I wanted to like this book more. But it seemed so predictable. There was a formula/recipe laid out and followed with no real surprises. The characters were rather cardboard-like which is a step up from simply wooden. Too many things were glossed over superficially. The notion that the galaxy is loaded with human or human-like beings was explained away in about 2 sentences. Of course there are non human aliens but again they were mentioned and gone in a few sentences. I've already got the next book in my queue so I'll be reading it. I haven't checked to see how many books are in the series so the next one will probably decide if I continue with it.
Read more
2 people found this helpful
Helpful
Comment Report abuse

Tiberius
3.0 out of 5 stars New space opera that cuts corners to tell an intricate story in a single book
Reviewed in the United States on November 17, 2018
Verified Purchase
The story: Earth is beginning to colonize space when it is discovered by an alien race of space pirates who swiftly overwhelm the planetary fleet and defenses. The only hope lies in the fleet of its most remote colony, Newton, and its desperate and determined crew led by Admiral Kurt Vickers. While Earth is being plundered, the Newton fleet and its flagship, the Star Cross, must trace the threat back to its source, unravel the complexities of an extensive alien civilisation composed of many realms bonded together by trade, and develop enough of a strikeback capacity before humanity's hourglass runs out.

Appealing features: an original space opera universe that shows promise, a relatively fast pace for an elaborate story punctuated by action scenes, and the book takes the narrative to its end, which i find very refreshing, as most authors leave open questions and cliffhangers at the end of each book.

Criticism: the author had to cut corners at every level to fit the story in a single book. Character development is very limited, dialogs are simplistic and lack wit and flair, and insights on new technologies and the alien civilisation that spawned the pirates of the Gothan Empire barely scratch the surface. The plundering of Earth is described through a dozen very short snapshots.
Most of the ideas and characters in this book deserved a lot more ink and depth. If that happens in book 2, the series has vast potential.

Chris Converse
5.0 out of 5 stars Wonderful
Reviewed in the United States on June 14, 2020
Verified Purchase
This was a great read. I'm glad to see there is more in this series which brings me to say, although I love reading a series, it's nice to read a stand alone too. I'm not left hanging at the end so I must have the next one. The Star Cross is such a book. I like that it has an end. That said, I will definitely be reading the next one.

The action was almost nonstop. Those parts where it slowed down were few and they were so well done thing never got boring. You all know what I mean, so many novels have a great story line with lots of excitement but you also have to slog through long boring section that large parts could, or should, have been left out. Not this one. It was a great read from beginning to end.
Read more
Helpful
Comment Report abuse

Oliver Preuss
4.0 out of 5 stars In depth characters within a solid story line.
Reviewed in the United States on August 5, 2020
Verified Purchase
Weil is one of my favorite authors so I might be a little biased. A young admiral thrown into a new reality in which he has to defend the human race. Using military cunning and a good deal of horse trading by adapting to the rules of the universe. I did not give five stars, because I think that Weil should have exploited the story line of the profiteers longer before introducing a new nemesis (second book of the series). Anyway, I hope Raymond will find the time to add a third and forth book to the series, which I will looking forward to reading. Star Cross as the beginning of the series is recommended.
Read more
Helpful
Comment Report abuse

Richard Ruppel
4.0 out of 5 stars Excellent story, well told
Reviewed in the United States on December 31, 2017
Verified Purchase
Exciting story of a rough meeting with alien races. Character development was well done. Conversations were believable. The only thing that grated on my senses is where did Earth come up with all that gold. The writing wash very good and I am looking forward to the next book in the series.
Read more
4 people found this helpful
Helpful
Comment Report abuse

Kindle Customer
4.0 out of 5 stars Good story although I have to say that I liked the other series from Raymond L. Weil better.
Reviewed in the United States on December 15, 2015
Verified Purchase
I would say that this is a good story although I also have to say that I liked the other series that Raymond L. Weil have created a tad more. It is an interesting story. It does however delve into the realm of profiteers and an entire society where you can buy everything from pleasure to mercenaries and battleships. Personally I have always found these stories stretching the realm of credibility a bit.

Having said that, it is a good, although perhaps a wee bit simplistic, adventure story. There are some quite decent space battles which is probably why I quite liked the book despite the profiteer setting. This book is less heavy on the actual science compared to, for instance, Star One. It is more of an old fashioned adventure from the age of pirates but set in the future and on a galactic scale.

The writing is quite good and there are plenty of likable characters in this book as well as some not so likable. Actually, if you discount the privateers, which by definition are the bad guys, there is only one truly self-centered, abysmally unlikable, political, [censored]hole who, luckily, are quickly contained. At least in this book. He still hangs around though so I truly hope that, if he is included in any future books, that he expediently gets his behind slapped.

What I do like about this book is the premise of humans being the wrong guys to [censored] with. Yes, we were caught off guard and yes we got the [censored] beaten out of us but the profiteers have indeed put their foot in a hornets nest and I think (hope) the stage is set for some serious [censored]-kicking and surprises for the privateers. I quite would like to see the humans applying some human ingenuity to the advanced science that the have purchased as well. I so do like these surprise moments…surprises for the bad guys that is.

It has all the making of a good adventure series and, despite some reservations, I for one would like to see a continuation of this book series.
Read more
11 people found this helpful
Helpful
Comment Report abuse

Tad Crisp
4.0 out of 5 stars A very refreshing read.
Reviewed in the United States on May 19, 2020
Verified Purchase
It is really refreshing in a world of short serialized sequels, or volumes, to read a nice, stand alone book. The characters are developed along with the story, there is action on every page. This book has heroes, villains, numerous encounters, space battles, interplanetary culture, and, best of all, the reader is not strung out over several sequels to get the story resolved. Very refreshing!
Read more
Helpful
Comment Report abuse
See all reviews

Mr. R. A. Lye
5.0 out of 5 stars The first of a series
Reviewed in the United Kingdom on November 9, 2015
Verified Purchase
A good start to a new series I reckon.

Main characters all in place, lots of threads for new stories, disgruntled baddies, new species, undiscovered worlds, yep could be in for the long haul here.

Look forward to the next one to see if it can continue the pace of this one.
Read more
3 people found this helpful
Report abuse

Peter R
1.0 out of 5 stars Not so good. Sorry.
Reviewed in the United Kingdom on January 15, 2016
Verified Purchase
Not good. Poorly written. I abandoned it after a reasonable attempt at reading it, and I am a very keen Sci Fi fan. Sorry Raymond.
Read more
4 people found this helpful
Report abuse

TiberiusBob
5.0 out of 5 stars Good read
Reviewed in the United Kingdom on March 1, 2017
Verified Purchase
Good start to a promising series. Some repetition in descriptions but nothing really to complain about. Look forward to the release of other books to continue the story.
Read more
One person found this helpful
Report abuse

Westhansford
4.0 out of 5 stars Great potential
Reviewed in the United Kingdom on July 16, 2016
Verified Purchase
This first book could be the start of a great series. It may not be as tightly crafted as some of the other space adventure authors but the basics are creative and imaginative, so with giving a little grace, this series could develop nicely.
Read more
Report abuse