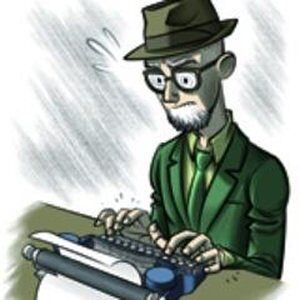 by Landry Q. Walker (Author), Derek Charm (Illustrator)
4.5 out of 5 stars 58 ratings
See all formats and editions
Sorry, there was a problem loading this page. Try again.

Discover more untold stories of your favorite characters from across the galaxy with this collection of Star Wars comic book tales suitable for all ages.

FN-2187 turns a bad day and troublesome pest into praise from Captain Phasma. Luke and Leia undertake a high-stakes, two-part undercover mission on Tibrin with explosive results. Plus more stories with K-2SO, Cassian, Emil, CR-8R, and the rebels vs. the Empire expand the world of Star Wars into new territory for a new generation of fans.

"Bright and delightful, Star Wars Adventures most emulates the spirit and tone and wonder of the original film." –Multiversity Comics


"Star Wars fans, this is the Star Wars comic you've been looking for." –Outright Geekery

New York Times bestselling author Landry Q. Walker has been making stories happen for over twenty five years. He has worked on well known properties such as Star Wars, Batman, Supergirl, Frozen, The Incredibles, the Avengers, and many more. He's also the author of the all-ages book series titled Project Terra, and writer of several creator owned comics including Danger Club and The Last Siege. He can be found on Twitter - @landryqwalker

Kindle Customer
1.0 out of 5 stars Great
Reviewed in the United States 🇺🇸 on August 12, 2021
Verified Purchase
My two young (7 and 9) boys are really getting into comic books and these Star Wars adventures series are great
Read more
Helpful
Report abuse

Sylvia Pon
4.0 out of 5 stars I love Star Wars!!!
Reviewed in the United States 🇺🇸 on May 19, 2021
Not much cool parts.
The drawings are good, but not that good and I like the stories.
Everything else was good.
Read more
Helpful
Report abuse

A. KAPLAN
5.0 out of 5 stars More Star Wars Goodness for All Ages
Reviewed in the United States 🇺🇸 on April 14, 2018
In this second volume of Star Wars comics aimed at an all-ages audience, we get another collection of self-contained stories that focus on character, charm and humor as much as they do on action. This time around, the spotlight is on Finn (or FN-2187, as he is still a stormtrooper here) and Leia, with appearances by Kylo Ren, Phasma, and Luke. It's nice to see Leia getting a chance to prove that she is as heroic as her male counterparts, who have had many, many more stories told about them. And, since Finn is a relative newcomer to the saga, any time we get to see more of him, I'm happy. The backup stories are pretty impressive as well, this time around. We get a story about K2-SO from Rogue One, co-written by Alan Tudyk, the actor who played him. We get a spotlight on the porgs, my new favorite Star Wars critters. And we get a tale set during the childhood of Mattis Banz, who is the main character of the juvenile novel series, Join the Resistance, written and illustrated by the writers and illustrator of that book series. Another fine addition to a Star Wars fan's library!
Read more
6 people found this helpful
Helpful
Report abuse

Eleuteria
3.0 out of 5 stars Good.
Reviewed in the United States 🇺🇸 on February 1, 2021
Nice introduction for kids to Star Wars, or something more if they enjoy the films. I think hardcore fans might have fun with this. Nice artwork.
Read more
Helpful
Report abuse

Jim
3.0 out of 5 stars Good
Reviewed in the United States 🇺🇸 on May 21, 2020
This will be great for kids as a introduction to the Star Wars universe. And a nice fill in for long time fans.
Read more
Helpful
Report abuse
See all reviews

K. G. A. Alavi
3.0 out of 5 stars Why do they hate Luke?
Reviewed in the United Kingdom 🇬🇧 on March 15, 2018
Verified Purchase
This is real mixed bag of a comic. I have one question though, why does Disney hate Luke? So far he has had an OK book, which he was hardly in (most of the stories were people talking about him, though the book fitted in perfectly for the Last), in the movie (apart from the end) he was shown as a failed teacher and Jedi, and sad old man. Now in the main story (which was pretty good and the best of the bunch), Leia comes off great/awesome, Luke is an extra at best and a damsel in distress as worst.

There are 5 stories in the book, 4 mini stories and one main.

1. Finn find a pest causing havoc on a First Order ship, this story is pure comic relief, with camios from First Order officers.

2. Leia and Luke (yes the order of the names are intentional), are sent on a deplomatic mission which ends up being a rescue (guess who need to be rescued). If Leia was not so great the reting for the whole would have been 1 star.

3. A mini moral story staring two favorites from Rouge One.

4. Another mini moral story of an new Star Wars character.

5. A story of "cute characters" from the Last Jedi. personally I think this was only there for merchandising purposes.

An only comic saved (literately) by Leia, the art work is good a bit cartoony for me, and there is a decent collection of cover gallery and pinups, but I do not think it bring anything new to the Star Wars Disney universe.
Read more
One person found this helpful
Report abuse
See all reviews