Star Wars: The High Republic Adventures Vol. 2 and millions of other books are available for Amazon Kindle. Learn more
Share 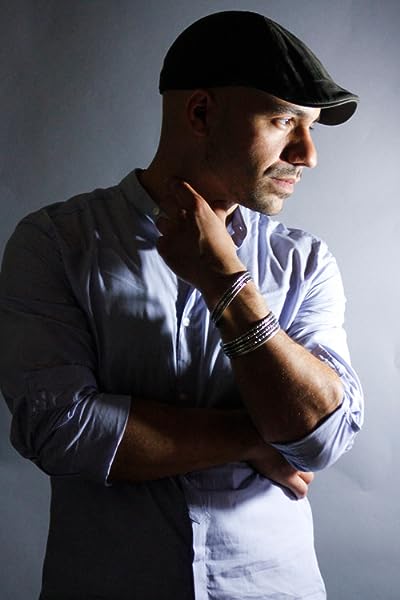 by Daniel José Older (Author), Harvey Tolibao (Illustrator)
#1 New Release in Children's Science Fiction Comics & Graphic Novels
See all formats and editions
Sorry, there was a problem loading this page. Try again.
Pre-order Price Guarantee. Details
Journey to an even longer time ago, in a galaxy far, far away, and witness new adventures of Lula and her fellow Padawans in the Republic’s golden age!

The High Republic is an unexplored period in Star Wars history, set hundreds of years before the events of the Skywalker Saga—when the Jedi were at their height and Master Yoda was much younger, and still training Padawans in the field.

It is here where we find Jedi Padawans Farzala and Qort, who are taking a break from the ongoing battle against the dangerous marauders known as the Nihil. As part of a secret mission, they join an aging Jedi Knight on the starship The Vessel to negotiate a peace treaty with the Hutt crime family. Hey, what could go wrong? As it turns out: literally everything.

Star Wars: The High Republic Adventures is part of a broader storytelling initiative exploring a mysterious, bygone era of the Galactic Republic through comics and prose.

Daniel José Older is the New York Times bestselling author of Flood City, the middle-grade Dactyl Hill Squad series, The Book of Lost Saints, the Bone Street Rumba series, Star Wars: Last Shot, and the YA Shadowshaper Cypher series, which won the International Latino Book Award and was shortlisted for a Kirkus Prize, the Andre Norton Award, the Locus, and named one of Esquire's 80 Books Every Person Should Read. He is a lead story architect on Star Wars' The High Republic and co-writer of the upcoming graphic novel Death's Day.
Pre-order Star Wars: The High Republic Adventures Vol. 2 for your Kindle today.

Daniel Jos&eacute; Older is the New York Times&nbsp;bestselling author of the Middle Grade historical fantasy series&nbsp;Dactyl Hill Squad,&nbsp;the Bone Street Rumba urban fantasy series,&nbsp;Star Wars: Last Shot,&nbsp;and the award winning Young Adult&nbsp;series the&nbsp;Shadowshaper Cypher, which won the International Latino Book&nbsp;Award and was&nbsp;shortlisted for the Kirkus Prize in Young Readers’ Literature, the Andre Norton Award, the Locus, the Mythopoeic Award, and named one of Esquire’s 80 Books Every Person Should Read. You can find his thoughts on writing, read dispatches from his decade-long career as an NYC paramedic and hear his music at http://danieljoseolder.net/, on youtube and @djolder on twitter.