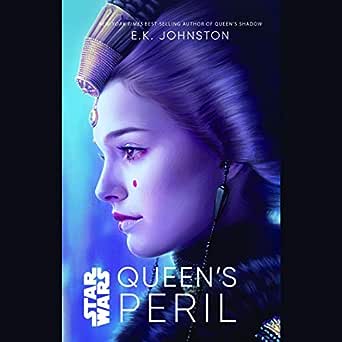 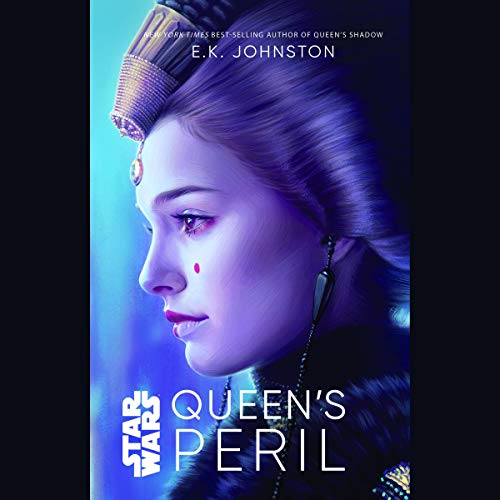 3.7 out of 5 stars
3.7 out of 5
46 customer ratings
How does Amazon calculate star ratings?
Amazon calculates a product’s star ratings based on a machine learned model instead of a raw data average. The model takes into account factors including the age of a rating, whether the ratings are from verified purchasers, and factors that establish reviewer trustworthiness.

Amazon Customer
1.0 out of 5 stars I don't recommend buying this book even if it's on the dollar menu
Reviewed in the United States on June 4, 2020
Verified Purchase
It seems like every SW book this author writes gets progressively worse. Ahsoka was by far her best SW novel and since then the quality of her SW books can be compared to going downhill in a freight train. Queen's Shadow was almost unbearable, but this book is far worse. Lucasfilm and Del Rey have finite stories they release every year, yet they waste resources on content no one asked for. There's so much possible great SW content to write about, but no, Del Rey and Lucasfilm give us books about Padme's dresses. Let me break it to you: no one cares about Padme's dresses or apparently how Padme was bisexual with Sabe (see reference in Queen's Shadow). Or at least the minority of fans who may care aren't financially worth pandering to and are probably Reylos. If you're going to publish books, at least publish books that have stories that appeal to the majority of fans. And please.. for the love of Obi Wan's Force ghost.. keep Pablo "Hotdoglo" away from SW publishing!
Read more
17 people found this helpful
Helpful
Comment Report abuse

Josh Highland
2.0 out of 5 stars Hot trash
Reviewed in the United States on June 10, 2020
Verified Purchase
I have read ALL of the canon books and this is by far one of the worst. There are massive sections of the story that are missing. The author depends on the reader having fresh memory of the events in the phantom menace (episode 1). The book jumps around with massive holes in it and the story is disjoined at best. There is a whole undertone of things that don't matter. Who cares that some of the handmaidens were into each other? There is while section revolving around one of them starting their period. Sure that can all be inferred because they are human females and thats life, but it does nothing to progress the story or the star wars universe as a whole. I forced myself through this book. If you are a casual star wars fan, skip this book.

I gave the book 2 stars because the cover art is amazing, and darth maul has a VERY small part in the book and speaks (one sentence).

Mario A. EscamillaTop Contributor: Star Wars
5.0 out of 5 stars Why did it took so long to be written?
Reviewed in the United States on June 9, 2020
Verified Purchase
Billed as a prequel to Queen's Shadow, this second book in the series is simply a delight. We are treated to the creation, part by Captain Panaka, part by Padmé Amidala herself, of the group of handmaidens that will accompany the Queen of Naboo and serve as her bodyguards, assistants and even friends.

Each of the handmaidens gets a backstory, personalities developed and in such a way that the plot moves forward easily and smoothly. The story starts a week before the election, slowly building until it intersects with the events of Episode I: The Phantom Menace, but focused on the stories of the handmaidens, not so much a retelling of the film but a complement. In fact, it enhances the story of the film so much that I wonder why this took so long to be written.

Of course not all revolves around Padmé and the handmaidens, we get small glimpses of Palpatine, Maul and other important characters, but again, well interspersed with the main story. The best praise I can give to this novel is that it made me want to watch Episode I again.

As in many previous cases, don't be fooled by the "junior" description, this is a fantastic novel that does not shy away from sensitive topics... I can guarantee there will be a scene that will make you deeply uncomfortable.

All in all, one of the best novels of late. Highly recommended!

Sheena
4.0 out of 5 stars HUGE prequel trilogy fan here!
Reviewed in the United States on June 9, 2020
Verified Purchase
As the headline says I'm a HUGE prequel fan so my opinions are going to be mostly high for this novel.I read It In about a day!!Is It the best Star Wars novel I've ever read?Well no,It definitely has some flaws..

Mostly the Phantom Menace bits they are ALL over the place and there's big gaps but I've watched that movie a lot over the years so I obviously wasn't confused,It was just very odd the way the events were scattered about and rushed.

Sexuality was to big of a focus In this book.

The best parts about the book for me was:Maul's brief appearances (huge Maul fan!)
And also Quarsh Panaka he was just Interesting and kinda funny In how Padme and her hand maidens were always driving him a little crazy and seeing him assemble her hand maidens was Interesting also.
Read more
3 people found this helpful
Helpful
Comment Report abuse

Everyone should read it, and everyone should find some enjoyment in it, for there is much to enjoy.
Read more
5 people found this helpful
Helpful
Comment Report abuse

M. Moseley
5.0 out of 5 stars What Happened Before The Phantom Menace
Reviewed in the United States on June 14, 2020
Verified Purchase
I thoroughly enjoyed this book! It's great to have more canon lore about Naboo, my fave planet in the GFFA. This book, even more than Queen's Shadow, made me feel like I really knew Padmé. It was cool to see how the various handmaidens came together, and how both Padmé and Quarsh Panaka had a hand in that. Sabé is the most fascinating of them, in my view, and it was rather ingenious how a girl who was "best at being second-best" became the most important handmaiden and Padmé's closest friend.

The last third or so of the book intersects with The Phantom Menace. We see some events from the film from a different perspective, while others are new additions that help flesh out the narrative.

All in all, an engaging read!
Read more
3 people found this helpful
Helpful
Comment Report abuse
See all reviews from the United States