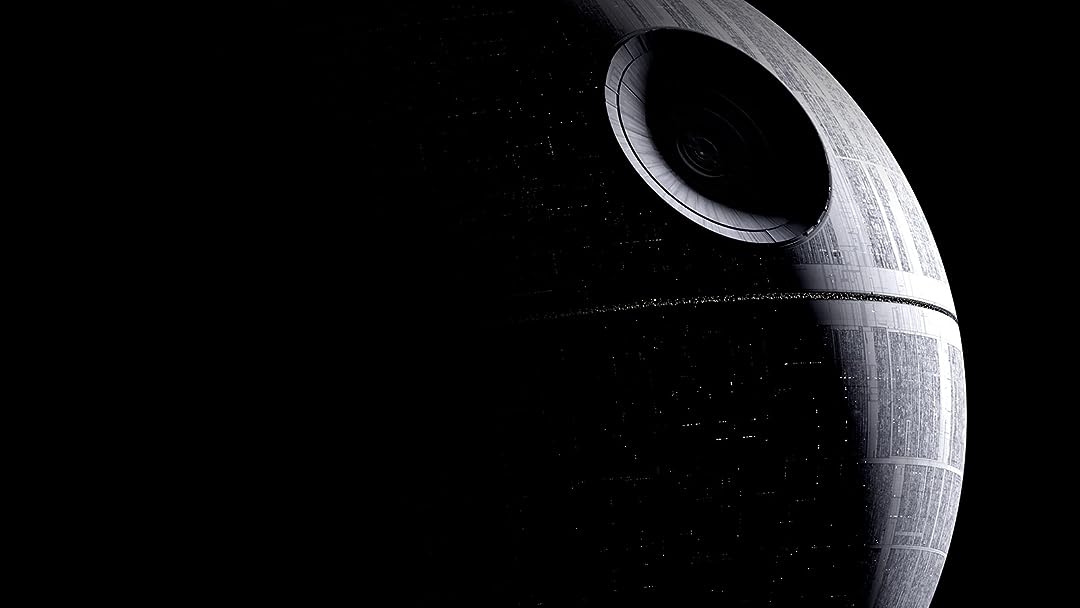 Add to
Watchlist
Redeem a gift card or promotion code
By ordering or viewing, you agree to our Terms. Sold by Amazon.com Services LLC.
Write review

Dr Jacques COULARDEAUReviewed in the United States on January 19, 2022
4.0 out of 5 stars
Where are the elections in this republic?
Verified purchase
To have the nine films in the same box is a good thing, in the chronological order of the saga itself is even a better thing, because then, and only then we can have a full story, we can reach out and enjoy the full storyline.

The storyline is simple. It all has to do with governing the universe, or some distant galaxy, by either bringing all the different people together in some sharing democracy or governing the whole universe from an imperial and autocratic point of view and practice. The choice is quite obvious, but it is warped, and it becomes propaganda since the democratic side is called a republic and it is the USA that is obviously the reference. And yet this republic does not seem to have elections and they seem to be governed by a family line of people, the Skywalkers, and a secret spiritual order that is dealing with “the force” some cosmic force that goes beyond reality and human power. What’s more this force has a dark side as well as a good side, and you can shift from one to the other in no time, making good and evil in no way manageable.

That black and white (note as for uniforms there is from time to time the inversion of the two colors) or good and evil binary opposition is absurd and reductive. It is obviously ideological and political, in the film of course, but also in the minds of the audience that are manipulated by this binarism. At the beginning of the series in 1977 it was tremendously male-dominated. With time they introduced a few women in leading positions, but even so, it remains male-dominated on the Republican side and male-exclusive on the Empire side, as if women could not be evil. Ah! Ah!

The series is interesting because of the filming techniques used in the films. The special effects are impressive most of the time and they dictate the action of the story, and this action is the very raw material the films work on and work from. Action and special effects are the two ingredients of this cinematographic mayonnaise, or is it mustard?

The second element of great interest is the variety of the beings in this very distant galaxy, both the living organisms and the various droids. But here again, the human-looking characters and androids remain at the center of the stage and dominant in the whole story. The other species are just some kind of decoration. There might be two exceptions. Chewbacca for one, hat bear-looking giant creature, and the Jedis, or at least one Jedi, Yoda, who are both not human-looking. At the same time on the Empire’s side, the emperor, Darth Vader, and even the next generation of the dark side of the force are either ugly looking, distorted in their faces, or they wear ugly masks. In other words, they are dehumanized.

All that produces films that are not too difficult to follow, with little dialogue at times, and with a simple good old western ideology of the good world versus the bad world, and the good world has to win, though it wins only through war because there are no elections whatsoever. I must admit the space battles can be at times impressive though they are all produced with computers and special effects, most of them digitalized.

MikeAReviewed in the United States on October 8, 2022
5.0 out of 5 stars
USA customer & discs played gine
Verified purchase
Wanted to let everyone know discs played fine for me, a USA customer. Enjoyable movies.
Sorry to hear about some folks discs not working
4 people found this helpful

Kenneth HarrarReviewed in the United States on September 26, 2022
5.0 out of 5 stars
Awesome!!
Verified purchase
It's Star Wars, it's great, nice collection, and all discs played flawlessly.
One person found this helpful

Joe UberReviewed in the United States on October 3, 2022
3.0 out of 5 stars
PAID $10 MORE FOR "NEXT DAY", GOT IT IN 2 DAYS, NOT ONE- WOULD NOT PLAY ON MY COMBO BR/DVD
Verified purchase
These are DVDs for the US market. I have a Blu-Ray/DVD play that will not play any of the 9 Discs. I swapped it out for a 8 year old DVD player and they worked just fine. I have just played a different DVD the day before, and tested it AFTER w/ yet a different DVD, and, they both worked fine. There is Something w/ either the Format or the US Licensing that My Combo Blu-Ray/DVD did not like.

As far as the Movies, they are great. Good value for a 9 movie Set! The Contents is of course, great, cause it is Starwars. In Chronological order.
3 people found this helpful

scottrocket3Reviewed in the United States on August 6, 2022
5.0 out of 5 stars
Best starter pack for any Star Wars Fan
Verified purchase
Into Star Wars ? Ok then just buy this with Rogue One and with Solo :) And right away you will have a pretty bad ass collection just don't forget the 65 inch flat screen and surround sound system for added bad ass-ness :) Yes this was easily worth buying
4 people found this helpful

KevLawrReviewed in the United States on May 7, 2022
4.0 out of 5 stars
All in one place, nice, but the subtitle timing is off
Verified purchase
The sequel fims' subtitles are miscued. Seems small, but it is brutally annoying if you are a subtitle kind of person. Special features aren't separated, either - they roll automatically, so if you download any of these to watch on a plane, you need to have space to accommodate all the special interviews and "making of" featurettes, too.
3 people found this helpful

Lauren FretzReviewed in the United States on May 25, 2022
4.0 out of 5 stars
Don’t shake it
Verified purchase
If you wrap this and give it to your spouse as a gift, make sure they don’t shake it to try and guess what it because some discs will fall out of their designated seat
5 people found this helpful

Damaged by DubReviewed in the United States on December 19, 2020
5.0 out of 5 stars
Fantastic set
Verified purchase
I really love this collection. I'm a really old school fan, but in no way a Star Wars fanatic. I was at the perfect age when the first movie hit theaters, and for a 10 year old boy it was a revalation. Of course I was a long for the ride when The Empire Strikes back was released , but by the time of Return of the Jedi, and the cutesy Ewoks and stuff, I was older losing interest. By the time the Phantom Menace came along, I was a real cinaphile, and found the over the top special effects, and the horrible dialog too much. So I left the Star Wars universe for good. Then as years went by I returned out of curiosity. Enjoyed the Force Awakens , and Rogue One. Then comes the Pandemic, and I really need something to lose myself in, and its pretty perfect to watch these movies straight through. I actually enjoyed the three movies I originally derided, partly due to keeping my expectations low, but in the context of the entire series, and world that was created, its definantly its own thing, and with all its up and downs, its fun.

The movies look great on blu ray. If your a fan, have kids in that 8 to 15 yr range or so, or just want an escape in crazy times. I highly recommend
3 people found this helpful
See all reviews
Back to top
Get to Know Us
Make Money with Us
Amazon Payment Products
Let Us Help You
EnglishChoose a language for shopping. United StatesChoose a country/region for shopping.
© 1996-2022, Amazon.com, Inc. or its affiliates