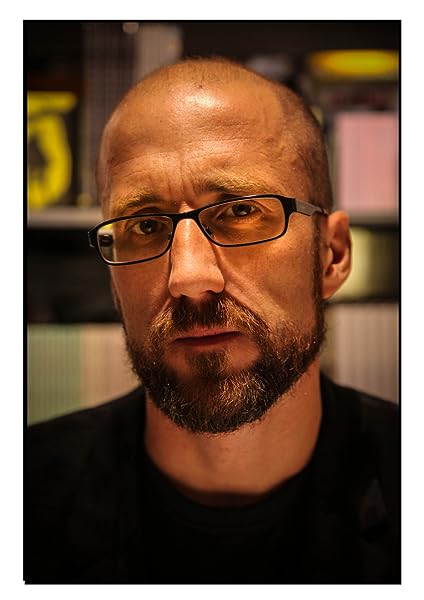 by Angel Unzueta (Illustrator), Andrea Broccardo (Illustrator), Kieron Gillen (Contributor) & 0 more
4.6 out of 5 stars 242 ratings
See all formats and editions
Sorry, there was a problem loading this page. Try again.
Luke Skywalker, Leia Organa, Han Solo and the heroic Rebel Alliance have suff ered one of their greatest defeats. Separated from their friends and ruthlessly hunted by Darth Vader and the evil Galactic Empire, Luke and his band of freedom fighters haven't given in. United with new allies and with new purpose, the Rebels are ready to go back on the off ensive - and hit the Empire where it hurts the most. A little payback wouldn't hurt either. Queen Trios messed with the wrong princess of Alderaan. It's time for "The Scourging of Shu-Torun." Don't miss writer Kieron Gillen and artists Angel Unzueta and Andrea Broccardo's next blockbuster Star Wars team-up!

Kieron Gillen is a British writer, journalist and critic best known for his work in comics and his previous work in entertainment journalism.

Books he's created included UBER, MERCURY HEAT and THREE, but is best known for the ongoing gods-as-popstar series with long time collaborators Jamie McKelvie and Matt Wilson THE WICKED + THE DIVINE launched to both huge critical and commercial success in 2014. It will conclude in 2019.

He is working on other things.

In his previous life as a critic, his work has appeared in WIRED, THE GUARDIAN, PLAYSTATION MAGAZINE UK, PC GAMER, EDGE and far too many others to count. In 2007 he was one of the founders of ROCKPAPERSHOTGUN.COM, what is now the world's premier PC-centric games blog.

He once played records for DMC to rap over.

KB2187
5.0 out of 5 stars The Last Volume of one of the GREATEST runs in STAR WARS HISTORY!
Reviewed in the United States 🇺🇸 on August 25, 2019
Verified Purchase
I absolutely love the last three years of Marvel's new Star Wars line. It is some of the best Star Wars comics that I've ever read, and I've read most of them.

The main author's run is over, with this volume. I can only hope that the next person to take the book does as good a job.

If you are new to Star Wars comics, here's what I suggest that you do. Don't start with Volume 1. Start with this storyline, and then go back and read the previous stuff, if you want. Start HERE:

Volume 7: The Ashes of Jedha

Volume 11: The Scourging of Shu-Torun

And, these aren't just unrelated stories. No. You will see the creation of Rogue Squadron. You will see where the Rebel Alliance got their Mon Calamari capital class starships. You will fight with Admiral Ackbar's homeworld and see how some worlds break from the Empire to support the Rebels.

And, you want to know who the focus is upon?

Isn't it about time that she became a hero as big as Luke and Han? Well, she finally does, within these pages of this INCREDIBLE Star Wars run.

Go read it. These aren't the droids that you are looking for. And, May the Force Be With You.

Hernan Guerra S
5.0 out of 5 stars Awesome Comic!
Reviewed in the United States 🇺🇸 on January 26, 2022
Verified Purchase
I choose my rating because the comic itself acts like an amazing short movie. Filled with tension and excitement and was really interesting to see the end. For fans who love reading comics and seeing the original trilogy characters.
Read more
One person found this helpful
Helpful
Report abuse

PWDecker
VINE VOICE
3.0 out of 5 stars Only a few more volumes to go
Reviewed in the United States 🇺🇸 on September 24, 2019
Verified Purchase
This ongoing story continues. This is the eleventh volume and it sounds like theres only a few more to go before this series ends. So I guess I'll continue reading it. If you've seen any of my other reviews for this series, you'll know that I have been enjoying it less and less. Telling stories with the main trio during a set time frame is so limiting. Some great original characters were introduced, but the focus is still on characters we already know too well who can't have big emotional arcs.

In this volume, Leia wants some revenge. Convenient revenge. The clawdite from earlier in the series is back to help. I really enjoyed that character so I was happy to see the shape shifter return. Two Tubes from Rogue One is also heavily featured. I like how this series has pretty consistently had tie-ins to minor characters.

One of my favorite tropes is featured in the beginning of this volume: when a play is being put on about the events of the story within the story. Luc Swordswinger!

This volume is essentially a heist story. It's self-contained, but still features characters from the ongoing story. I liked some character moments, but I am so ready for this series to be brought to a good conclusion. Let's get to Hoth! I give this volume a 3/5.
Read more
One person found this helpful
Helpful
Report abuse

Amazon Customer
5.0 out of 5 stars Great ending to the Shu-Toruń side story
Reviewed in the United States 🇺🇸 on October 11, 2019
Verified Purchase
Really enjoyed this and how it ties the whole shu-Toruń side story together
Read more
Helpful
Report abuse

Merik Wolfe
4.0 out of 5 stars Easy read
Reviewed in the United States 🇺🇸 on August 27, 2019
Verified Purchase
Easy read, I flew through this volume. If you haven't picked it up and only collect trade paperbacks, I recommend!
Read more
Helpful
Report abuse

Winter Soldier
3.0 out of 5 stars So so
Reviewed in the United States 🇺🇸 on December 22, 2020
Verified Purchase
Kinda boring. Most of these Star Wars are hit or miss
Read more
Helpful
Report abuse

Amazon Customer
3.0 out of 5 stars So so
Reviewed in the United States 🇺🇸 on September 5, 2019
Verified Purchase
Plot line was good but I think they left a lot of fire out of the story line. Almost like they had to do this storyline and not wanted to.
Read more
Helpful
Report abuse

D.Hoffman
5.0 out of 5 stars Great adventure story
Reviewed in the United States 🇺🇸 on November 3, 2021
This had all the elements of a great adventure story. There was a plan to take down the bad guys and some unexpected plot twist that led to some crazy things happening. An excellent story overall.
Read more
Helpful
Report abuse
See all reviews

Daniel Smith
5.0 out of 5 stars Nice cap on the story arc
Reviewed in the United Kingdom 🇬🇧 on September 29, 2019
Verified Purchase
Feels like this series is now coming to close with this one. If you’re this far in you’re most likely going to get this, I just want to let you know that it’s more quality content 👍
Read more
Report abuse

Ian Reay
3.0 out of 5 stars star poors
Reviewed in the United Kingdom 🇬🇧 on November 8, 2019
Verified Purchase
stories hav gotten very poor with each graphic novel edition. dark horse still is and all ways will be the ultimate for me
Read more
Report abuse