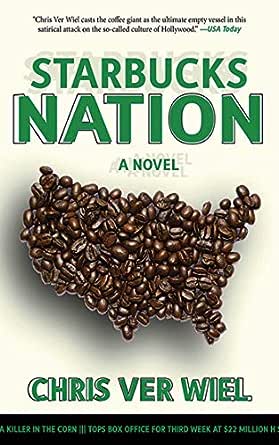 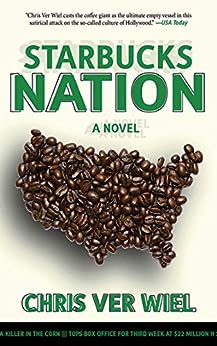 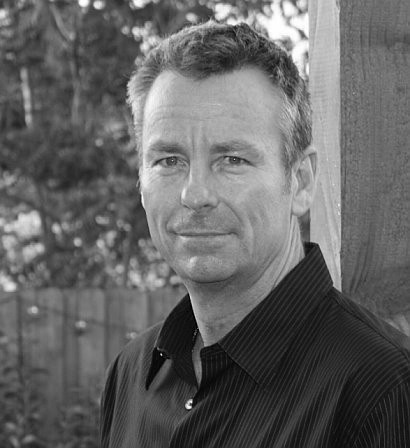 Chris Ver Wiel wrote and directed the feature films Who Is Cletis Tout? and The Waiting Game and won the Moxie! Award for Best Screenwriter for Blink of an Eye. He lives in Sherman Oaks, California. --This text refers to an alternate kindle_edition edition.

Delivering an exhaustive inventory of L.A. archetypes, this debut by the writer/director of Who is Cletis Tout? fails to offer insight into the media-blitzed circus at which it discharges its big guns. Morgan Beale, a jaded screenwriter of "mythic" stature busy adapting bestselling book The Chihuahua in the Blue Prada Bag for the screen, one day runs into his long-dead writing partner, Luke. Luke quickly entices Beale into a Hearse, and so begins a hallucinatory if largely incoherent trip into an alternate universe where Ver Wiel allows Beale to go about shooting fish in a barrel. Beal targets "chimp" producers, paparazzi, reality TV hosts and contestants, actors, celebutantes, critics ("I hate critics"), TV anchors (and their segment producers), FEMA and his starlet wife-"the whore of the corn." Unfortunately, this reads mostly like a score-settling hit-list than Tinseltown parody, and it rarely rises above the level of a drugged-out diatribe-particularly during a lengthy, surrealist delirium involving a talking Chihuahua. Beale's bilious outpouring makes his Hollywood shooting gallery almost endearing by comparison.
Copyright © Reed Business Information, a division of Reed Elsevier Inc. All rights reserved. --This text refers to an alternate kindle_edition edition.

“Chris Ver Wiel casts the coffee giant as the ultimate empty vessel in this satirical attack on the so-called culture of Hollywood.” (USA Today) --This text refers to an alternate kindle_edition edition.
Read more

3.7 out of 5 stars
3.7 out of 5
6 customer ratings
How does Amazon calculate star ratings?
Amazon calculates a product’s star ratings based on a machine learned model instead of a raw data average. The model takes into account factors including the age of a rating, whether the ratings are from verified purchasers, and factors that establish reviewer trustworthiness.
Top Reviews

Julie Du Brow
5.0 out of 5 stars On the Money / Commentary on H'wood, all of us
Reviewed in the United States on June 5, 2008
Verified Purchase
Insightful, funny, wacked. Nails morning shows, Hollywood, 'celebrity', dumbing down of America, lack of attention span, the herd mentality....but all swallowed with a little dose of hope, and absolute humor. Great read, quick read, fun read. Our here reminds me of great lost souls from 1930s darker comedies. A must.
Read more
One person found this helpful
Helpful
Comment Report abuse

Mark Johnson
4.0 out of 5 stars Hate Starbucks, but LOVE Starbucks Nation
Reviewed in the United States on July 19, 2008
Verified Purchase
I really did enjoy this book. I love the way the author pokes fun at the LA "hip-whazee" and entertainment crowd. I only gave it four stars because I got through it too quickly...I wanted more!
Read more
Helpful
Comment Report abuse

patty
5.0 out of 5 stars Take a chance
Reviewed in the United States on July 18, 2008
Verified Purchase
funny, Funny, FUNNY!
Take a chance on a new voice; read it, you'll laugh - guaranteed.

Victor Fortezza
2.0 out of 5 stars Bombs Away
Reviewed in the United States on December 21, 2018
This is the story of a successful screenwriter who feels he is a sellout to the pop culture he deplores, and excoriates throughout the narrative. Unable to sleep, he takes a concoction recommended by a bartender, The Secret Handshake, which consists of over-the-counter remedies mixed with wine. He has a bizarre dream that includes the cast of a morning show, its fawning studio audience, Starbucks, a big black hole, his mentor resurrected as a chihuahua, elves, the cast of his superstar wife's latest sequel, and others. Apparently, he has lost the fast-forward button available to all folks who wish to screen out what is perceived as drivel, which is almost everything in the protagonist's case. He's like someone on Facebook who reads every post rather than scroll past that which might irk or infuriate. Although the prose and dialogue are solid, I found the going tedious. I do not want to stereotype as the author does, but this seems like the rant of someone, the writer himself not the character, who is angry that he is not more successful and blames it on a society that has embraced mediocrity. Of course, there may be other reasons why Ver Wiel is (was?) so jaundiced. Published in 2008, hopefully he has found a measure of happiness since then. He wrote two screenplays and collaborated on two others. He also directed two full length features and has one credit as an actor. According to IMDb, his last credit came in 2001. The novel is his one and only. It is not entirely without merit. I loved this line: "...the cell phone was the twenty-first century's second hand smoke..." Fortunately, politics is only a minuscule part of the equation. Most of that blast "rightists." For example: "... pretty on the outside, ugly on the inside - like the Republican Party..." Although the rating is two stars, my actual rating is 1.5. It is one of the most disappointing books I've ever read, especially since the author's writing is skilled.
Read more
Helpful
Comment Report abuse

Gao Laoshi
3.0 out of 5 stars Have read first 60 pages, not laughing yet?
Reviewed in the United States on November 17, 2011
The book just seems so bitter and cynical - I don't really see the humor. I appreciate social commentary, and satire (Vonnegut fan, for instance), but reading this book I just feel like I'm listening to a lonely, unhappy person's negative rants.
Read more
One person found this helpful
Helpful
Comment Report abuse

Charlotte H. Davidson
5.0 out of 5 stars Yes, thank you!
Reviewed in the United States on May 16, 2008
Brilliant, original and funny! Thank you Chris Ver Wiel for coming up with something telling and far enough out there that those who think there is nothing new, ever, will thank you! I thank you! Way to go to piss off the very people who will review your book too! Love it!
Read more
Helpful
Comment Report abuse
See all reviews from the United States