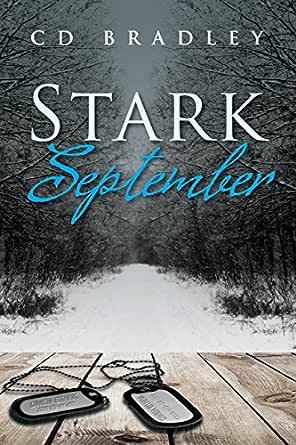 You've subscribed to Stark Trilogy! We will preorder your items within 24 hours of when they become available. When new books are released, we'll charge your default payment method for the lowest price available during the pre-order period.
Update your device or payment method, cancel individual pre-orders or your subscription at
Your Memberships & Subscriptions
There was an error. We were unable to process your subscription due to an error. Please refresh and try again. 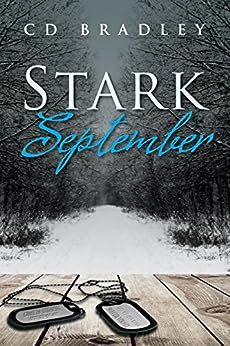 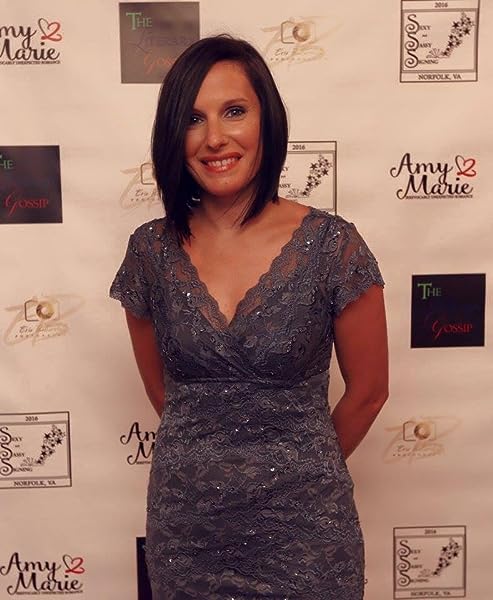 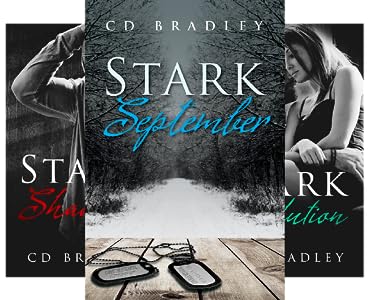 4.5 out of 5 stars
4.5 out of 5
46 global ratings
How are ratings calculated?
To calculate the overall star rating and percentage breakdown by star, we don’t use a simple average. Instead, our system considers things like how recent a review is and if the reviewer bought the item on Amazon. It also analyzes reviews to verify trustworthiness.
Top reviews

Ladyjovi72
5.0 out of 5 stars HOT! HOT!! HOT!!!
Reviewed in the United States on September 18, 2016
Verified Purchase
Last night I finished Stark September by C.D. Bradley. Talk about Hot, Hot, Hot!!!! This one will make clothing implode. I couldn’t put it down and had it finished in one day!
Stark September is a story about Kira Riley, a former military brat who has just embarked on her own military career as an officer and a doctor. Her first day in the clinic she is assigned to give a post-mission physical to the same man she literally ran into earlier in the morning. Owen Stark is a Sergeant in the Army and also a Special Forces soldier. He knows he can’t have a relationship with the hot doc giving him his physical but the attraction is strong, too strong to resist. The attraction between the Captain and the Sergeant is more prevalent than the rules they are both governed by and the relation quickly turns hot and heavy. They both have pasts they are running from but events keep throwing the past in their faces and threatens to pull them apart, and having to keep their relationship secret from the military just makes things even more forbidden and more dangerous.
This novel is a cliff-hanger but I do believe the second novel is releasing soon, at least I certainly hope that is will be releasing soon, and there will be a third novel. I will have my hands all over the second novel as soon as it is released. Another warning, there is some BDSM involved in this novel but not enough to put anyone off. There is just enough, I believe, to satisfy the BDSM fans but not so much to turn off the fans who are not.

Tracey475
5.0 out of 5 stars Book hangover! If you enjoy suspense romance, you MUST meet Owen Stark!
Reviewed in the United States on March 1, 2017
Verified Purchase
I binge-read Stark September & Stark Shadows when I heard Stark Resolution was coming out soon. I typically wait until all books are out in a trilogy I want to read because I am NOT a patient person, and let me tell you, I had such a HUGE book hangover! Nothing I read after these 2 books was up to par, C.D. Bradley ruined me for other authors because all I wanted was Resolution & nothing else would satisfy me! Owen Stark comes from money but his young sister's death left him broken. He meets Dr. Kira Riley when he slams into her on base, knocking her down some stairs. Kira joined the Army to pay off her school loans, she's broken too following a rape in medical school & now feels she's being stalked, but no one believes her. She becomes part of Owen's strange world, finds out he's part owner in a bdsm club & meets his former lovers Paige & Zoe, who live in his Aspen house. I didn't want to like Paige & Zoe, but you can't help but love them. Bradley is such a talented storyteller, her characters are so complex, her storylines brilliant. I did feel her books needed better editing, but otherwise I absolutely love this series! I'll have to re-read these both again before Stark Resolution comes out later this month.
Read more
Helpful
Comment Report abuse

Steph's Romance Book Talk
4.0 out of 5 stars A Female Military Romance Story....YES PLEASE!!!
Reviewed in the United States on September 7, 2016
Verified Purchase
I really, really, LOVED this book!! It had soooo much that was very right about it. You follow the life of a female soldier...A FEMALE SOLDIER!!! So many books out there are about the alpha male military guy, no, no, not this one. Getting to know Kira as a new LT and doctor, stationed at Fort Carson. Kira gets knocked over on her first day by the alpha male Special Forces SFC Owen Stark little do they both know it starts them on a journey that had me chomping at the bit to know what was going to happen next. Both of them have secrets and issues but their chemistry is OF THE CHARTS!!! There is a cliffhanger so be warned, I literally threw my Kindle 3-4 pages before the end. I can't wait to find out what happens next!!!

Ambie055
5.0 out of 5 stars The cliff hanger of all cliff hangers...
Reviewed in the United States on September 29, 2016
Verified Purchase
CD Bradley knows how to end a story that leaves you on the brink of insanity while screaming for more.. Thank goodness the second book is released already or I'm not sire how I would have handled that cliff hanger!

Yaremi R. Garcia
5.0 out of 5 stars Intense!!!!
Reviewed in the United States on September 11, 2016
Verified Purchase
This book was amazing!! It's so explosive between Kira and Owen . Seriously it's a conundrum is emotions, truths and lies. But most of all there's this love between two people that will never change or will it?? Definitely recommend this book!!❤️📚
Read more
One person found this helpful
Helpful
Comment Report abuse

Kindle Customer
5.0 out of 5 stars Love and pain go hand in hand...
Reviewed in the United States on September 28, 2016
Verified Purchase
Another author turned me on to this book. I'm grateful he did. I found myself not able to put it down. The love, the pain, the commitment to each other, and the military are not without its issues. I can wait to read the next book!
Read more
Helpful
Comment Report abuse

Lisa
5.0 out of 5 stars Excellent characters
Reviewed in the United States on May 16, 2016
Verified Purchase
Everything you want in this style of novel. Lovely and interesting characters that leave you wanting more. I like it that the plot continues to build strongly through the novel and leaves the reader ready for part 2 right away! Well written. Descriptions that draw the reader in with real feelings and emotions. Recommend highly.
Read more
Helpful
Comment Report abuse
See all reviews