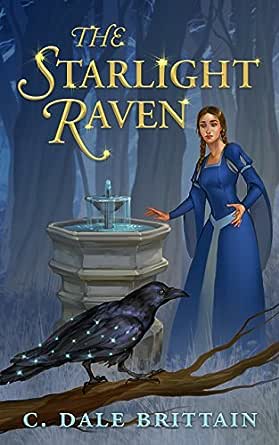 You've subscribed to The Starlight Raven! We will preorder your items within 24 hours of when they become available. When new books are released, we'll charge your default payment method for the lowest price available during the pre-order period.
Update your device or payment method, cancel individual pre-orders or your subscription at
Your Memberships & Subscriptions
There was an error. We were unable to process your subscription due to an error. Please refresh and try again. 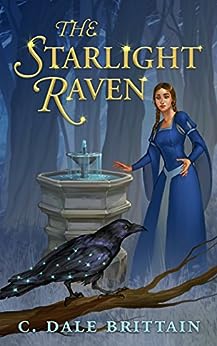 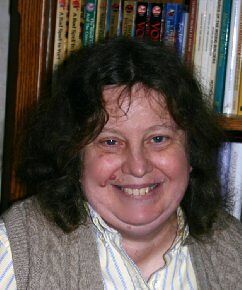 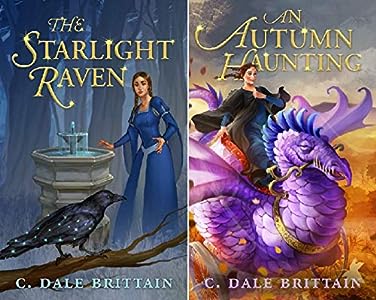 C. Dale Brittain is both a fantasy writer and a professor of medieval history, having been writing stories since she was five years old, and having an early love of knights and castles cemented by a trip to Europe with her family during high school. She blogs at cdalebrittain.blogspot.com, covering both medieval social history and her fantasy novels. Follow her on Twitter @DaimbertYurt. --This text refers to the paperback edition.

PG Badzey
5.0 out of 5 stars Endearing characters, Intriguing plot and Good Message
Reviewed in the United States on December 20, 2015
Verified Purchase
In reading the work of C. Dale Brittain over the years, I have noticed that her characters grow and mature and learn, just like people in real life. I suppose that is part of what make them so endearing. And an endearing family she has created indeed with Daimbert (of “Yurt” series fame), his wife Theodora the witch, and Antonia, their precocious, eager and resourceful teen-age daughter (who wants more than anything to follow her father into the ranks of wizardry). True to the Dale Brittain brand, her latest work, “The Starlight Raven” has all the features that make her writing refreshing and entertaining: action, fantastic locations and events, wisdom, humor, and an underlying mystery that engages from start to finish. New to this novel, however, Brittain takes dead aim at the idea of a ‘war between the sexes’ and, with a tweak of its nose, puts it into its place as a tired metaphor. The interaction between Antonia and various witches and wizards is intriguing and insightful on its own, and Daimbert’s daughter quickly picks out the hypocrisy of both witch and wizard as she journeys toward her new life at the Wizard’s school. A thoroughly enjoyable read, “The Starlight Raven” is also one of the uncommon works that show Christianity in a fantasy setting without being snide or condescending (the novels of Katherine Kurtz and Christopher Stasheff come to mind). I highly recommend it for all of Brittain’s fans and everyone who likes good clean fun with a touch of mystery and something deeper to contemplate when all is said and done. Kudos again on another fine job.
Read more
8 people found this helpful
Helpful
Report abuse

mc
4.0 out of 5 stars It was good that our old friends Daimbert and Joachim also appear ...
Reviewed in the United States on October 14, 2017
Verified Purchase
Both An Autumn Haunting and The Starlight Raven bring us once again to the Kingdom of Yurt via Daimbert's precocious daughter Antonio. These novels are for a little more mature audience than the original generation as we follow her path to adulthood with all the accompanying choices and drama. It was good that our old friends Daimbert and Joachim also appear ~albeit in minor roles- because they are the backbone of Yurt! Nonetheless, Brittain does succeed in endearing the new series to the reader through other characters be they human or not. I loved the essence of the chicken legged house ~ it does rather seem to have its own little personality happening. Brittain addresses the age-old battle of good vs evil in conjunction with the battle of the sexes very successfully and with humor. Definitely looking forward to a continuation in the series.
Read more
2 people found this helpful
Helpful
Report abuse

Gurndigarn
5.0 out of 5 stars A pleasant return to Yurt
Reviewed in the United States on May 30, 2016
Verified Purchase
It was nice to be back in... well, not Yurt, precisely, but close. If you haven't followed the series, you probably want to do them in chronological order. The original series was fairly light and enjoyable, which is something that's been hard to find these days, and this book follows the feel of the preceding series mostly, with the notable exception that this one is marketed, and mostly feels, like a young adult novel.

At least one other reviewer mentioned that it didn't feel like a young adult novel, so perhaps I should expand on that a bit. The primary reasons I say it does feel that way are because, well, the main character is young (14 at the start), and because she spends a fair amount of time feeling out what course she wants to take in her life, which are reasonably common themes in young adult books. Most adults should be fine with the story, so long as they're willing to remember what 14 was like.

As I mentioned earlier, this is a sequel series. It was pleasantly surprised when the main characters showed up, but only as minor characters, and only at appropriate times. I've seen too many sequel series where either the first characters vanish, or the author spends too much time making morning calls on all the prior characters (sometimes even the minor ones), making sure you're kept up-to-date on what they've been doing. In this book, that doesn't happen.

Something that some people will consider a downside is that this book is obviously the first in a series. Quite a few loose ends don't get tied up. Whether you consider that good or bad, I'll leave up to you. I like the thought that we'll see Antonia again, and don't mind books that obviously are going to be continued.
Read more
3 people found this helpful
Helpful
Report abuse

Manie Kilian
4.0 out of 5 stars Perspectives
Reviewed in the United States on March 3, 2018
Verified Purchase
This author succeeds in something very few YA fantasy writers get right and that is to get into the mind of a fourteen year old girl keen to learn and experience novelty, yet requiring a hug and reassurance on an irregular basis.
There is a freshness and wonder in the mind of young Antonia at discovering magic as witch as well as a wizard. Malleable and accepting of magical creatures, the sense of wonder at what magic is and does in this journey of Antonia in a medieval realm in pursuit of becoming the first girl wizard, is quite enchanting. She has a keen questing mind that leads to some unexpected results and even a fiasco or two.
The Starlight Raven is bound to become a treasured series for even the young at heart. I would love to see what exploits follow in the follow up story. Enjoy!
Read more
2 people found this helpful
Helpful
Report abuse

me
4.0 out of 5 stars Teenage witch at wizard-only college
Reviewed in the United States on September 4, 2018
Verified Purchase
This was a gift for a friend who likes this series. I liked the preview of this young adult book. It seems entertaining enough for adults, much like the Harry Potter series. The heroine, Antonia, is the daughter of a witch & a wizard. Witches are taught individually by an older mentor. Wizards go to wizard college. Antonia is determined to go to wizard college. Since her father is the Headmaster, she gets a chance to try the college courses.
Read more
One person found this helpful
Helpful
Report abuse
See all reviews

Kindle Customer
5.0 out of 5 stars A new, complete Yurt novel
Reviewed in the United Kingdom on April 13, 2015
Verified Purchase
This is not a novella but a full-length novel. And excellent it is too. It tells the story of Antonia, daughter of Daimbert and Theodora, and her attempts to fit together her parents' worlds.

The novel makes sense by itself and no previous knowledge of the world is required.
Read more
One person found this helpful
Report abuse
See all reviews