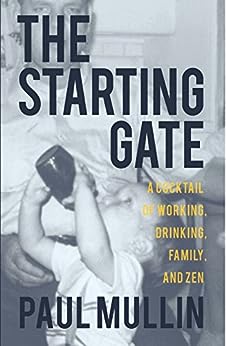 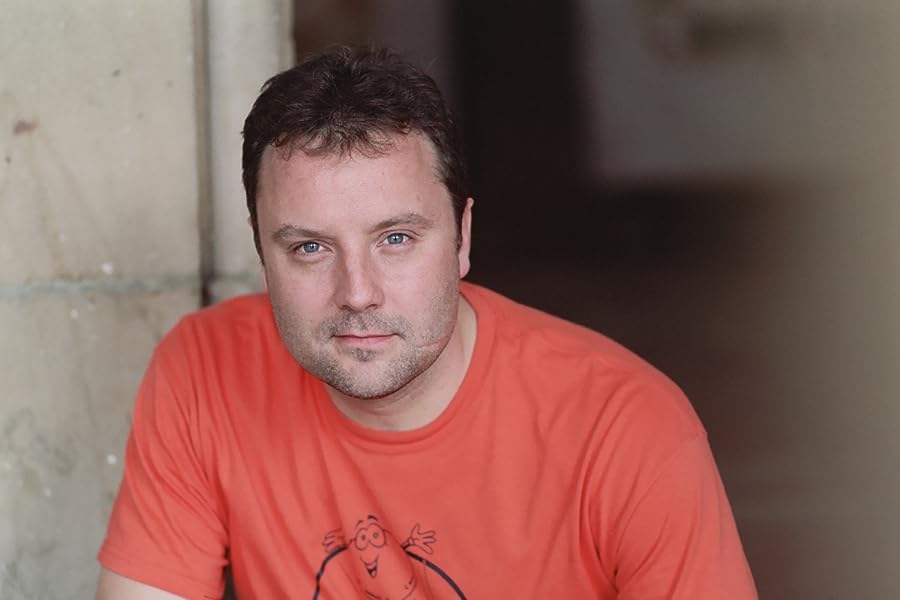 The Starting Gate: A Cocktail of Working, Drinking, Family and Zen Kindle Edition

by Paul Mullin (Author) Format: Kindle Edition
See all formats and editions
Sorry, there was a problem loading this page. Try again.
In thirteen chapters Paul Mullin mixes up a potent cocktail of working, drinking, family and Zen.

It all starts—where else?—at the Starting Gate: a country bar in Northern Maryland where the author first started working at the age of thirteen, and where his boss once shot a man dead for trying to rob the local drug store. Other jobs follow, like when he works as the only white kid on an all black labor crew at the National Archives, or the years he spends as a high-rise window cleaner in Manhattan.

An essential primer for anyone interested in Zen and/or cocktails, or for anyone who enjoys a good story as if told from the next barstool over.

Paul Mullin enters sacred territory in American Letters, the Temple of the Tavern wherein both grace and alcohol are dispensed. Like its successful predecessors, FALLING THROUGH THE EARTH, THE LIARS CLUB, and THE TENDER BAR. Mullin s entertaining memoir is an attempt to reconcile the irreconcilable, to explain the mystery of the now with a Drunkard s Walk through his past of hard manual labor, art, and Zen Buddhism. It s funny and moving, and Mullin s chapter on how to properly appreciate a bar should be required reading for all those coming of age. --Robert Schenkkan, Tony Award-winning author of All the Way

Playwright Paul Mullin deploys his gift for vivid storytelling in this lively memoir of work, play and apprentice barkeeping. --Richard Rhodes, Pulitzer Prize-Winning Author of The Making of the Atomic Bomb

Do you want to know how to behave in a bar? Do you want to know how to live? Maybe they're not so different. Paul Mullin finds a real honor and wisdom in the messy practice of a life, and he makes me wish I too had learned how to work as a kid at a little country tavern in Maryland called the Starting Gate even on Taco Night. How am I suddenly nostalgic for a life that wasn't even my own? --Tom Nissley, Jeopardy Champion and author of A Reader s Book of Days --This text refers to the hardcover edition.

Paul Mullin is a playwright, screenwriter, poet, and teacher, recognized by Seattle's The Stranger as a Theater Genius. His plays have been produced across the U.S., exploring subjects ranging from personal nuclear catastrophe to the uncelebrated underbelly of American History. He lives with his wife and two sons in Seattle. --This text refers to the hardcover edition.

Paul Mullin was recognized by Seattle’s preeminent alternative weekly, The Stranger with a “Genius Award” for achievement in theatre. His plays have been staged across the United States as well as Canada. His Louis Slotin Sonata won the L. A. Drama Critics Award for Outstanding World Premiere, and was read by invitation before scientists at the Los Alamos National Laboratory prior to its Off-Broadway run. Most recently a French translation, La Sonate Louis Slotin was produced in Quebec. Mullin’s The Sequence premiered at The Theatre @ Boston Court in Pasadena and The Ten Thousand Things at Washington Ensemble Theatre in Seattle. Both Louis Slotin Sonata and The Sequence, were commissioned by the Alfred P. Sloan Foundation, in collaboration with Ensemble Studio Theatre. Mullin conceived, co-wrote and co-produced NewsWrights United’s series of Living Newspapers, It’s Not in The P-I: A Living Newspaper About a Dying Newspaper and The New New News which enjoyed tremendous audience and media acclaim.

In addition to work for the stage, Mullin has had several poems published, most recently with the King County Metro’s Poetry on Buses program. He has written several feature film scripts and television documentaries, including Hitting The Ground, an independent feature in which he also starred as an actor. He has also contributed regularly as a writer and actor to Sandbox Radio Live.

His memoir The Starting Gate was published in early 2016.

Born in Baltimore, Paul now makes his home in Seattle with his wife and two sons.

Careful Shopper
5.0 out of 5 stars Great Book, Fun, Wise, Hilarious and May Change Your Life. Read It Now
Reviewed in the United States 🇺🇸 on March 31, 2016
Verified Purchase
First I should say that Paul Mullin is a wonderful writer and a great thinker and I thoroughly enjoyed this book and highly recommend it. I found it nearly impossible to put down and, as a result, I didn't get enough sleep for three days. I value my sleep so this is high praise from me.

This book is weird only because it defies categorization. It's a memoir, an introduction to Zen Buddism, a guide to the proper way to drink in bars and a collection of essays on work, creativity, growing up, being human and living life.

I was just going to say that I have never read a book like this and I would not be surprised if Mullin has invented a new genre. Then I remembered that most singular of books, Thoreau's Walden. To me, The Starting Gate is like Walden, full of beauty and wisdom and descriptions of personal experiences but, for me, this book is much better because it makes sense to me as a real person living in the 21st Century. I just referenced Mullin's take on the role of work in life, one of the book's major themes, in conversation with my wife who is contemplating a career change. I don't highlight stuff in books, ever, but I highlighted all over this baby.

I can't wait to read the next one.
Read more
2 people found this helpful
Helpful
Report abuse

Amie B.
5.0 out of 5 stars A Truly Great Read...
Reviewed in the United States 🇺🇸 on February 6, 2017
Verified Purchase
A terrific book, wonderfully written. You'll find great humor and insight in Paul's world of bars, hard work, zen, family and drinking. I didn't know much about zen, and I'm not much of a drinker, but I felt I spent an incredibly entertaining evening with Paul at his favorite hang-out, drinking and talking the night away....with no hangover.
Read more
One person found this helpful
Helpful
Report abuse

T. M. Fraser
5.0 out of 5 stars Bet you can't read just one (chapter) ...
Reviewed in the United States 🇺🇸 on April 7, 2016
Not sure if its his East Coast sensibility or his eye for detail or because I too grew up in a neighborhood where it was a right of passage when you starting going out to bars but Paul Mullin's The Starting Gate goes down smooth and leaves you wanting more. I've seen someone mention THE TENDER BAR as a comparable tale, and that may be true as I recall enjoying that book quite a bit though it's not as fresh in my memory. What I will say is that this is not just a book about indulging in 'spirits', though there is some revelatory discussion of that, it's a story (really a collection of stories} spun by a storyteller that knows how to take a punch and comeback a bit wiser for the life experience.
I think if you are lucky as a reader you can ride along and have something close to that same experience.
Read more
2 people found this helpful
Helpful
Report abuse

Amazon Customer
5.0 out of 5 stars Great book, great stories, lots of insight.
Reviewed in the United States 🇺🇸 on May 19, 2016
So I bought this book because I'm friends with the author's brother, and because I was on the outskirts of a story about the Starting Gate back in the mid-80s. I wanted to find out more about the Gate as well as find out if my recollection of certain events was true. Turns out my recollection was true, but the book was much more than that. Paul is a great writer. The book is easy to read and hard to put down. He leads you through the story of his life to date, tying a lot of it back to his days working at a local dive bar. The book is filled with life lessons from someone who has seen and done many different things, and learned from all of them. I thoroughly recommend this book to anyone.
Read more
One person found this helpful
Helpful
Report abuse

Stasha
5.0 out of 5 stars A New Memoir That Blends Life Experiences, Perception, and Zen.
Reviewed in the United States 🇺🇸 on May 8, 2018
As someone who has attempted meditation, takes meditation classes and also owns a small business (there are parts about simple work, even cleaning toilets, that I understood) this book is a good combining of work, party, Zen practice and I loved it.
Read more
One person found this helpful
Helpful
Report abuse

Isaac Klein
5.0 out of 5 stars I loved this book
Reviewed in the United States 🇺🇸 on May 24, 2016
I loved this book. It is beautifully written, and also felt very relevant to me and my own path. As an artist/worker finding his way, I greatly valued the reflections on the work and the art and how and why we do it, and uncertainty, and family, and the step we can take, and the process of beginning and beginning again, and much more.
Read more
One person found this helpful
Helpful
Report abuse
See all reviews
Report an issue
Does this item contain inappropriate content?
Report
Do you believe that this item violates a copyright?
Report
Does this item contain quality or formatting issues?
Report