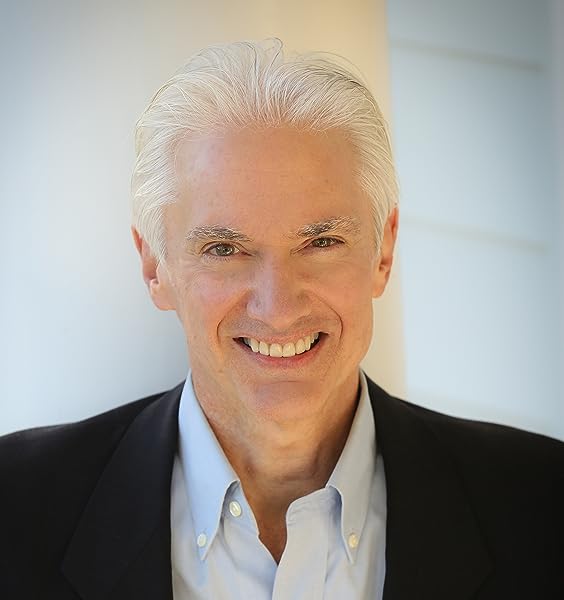 by Jerry Kaplan (Author)
4.5 out of 5 stars 41 ratings
See all formats and editions
Sorry, there was a problem loading this page. Try again.
Kaplan, a well-known figure in the computer industry, founded GO Corporation in 1987, and for several years it was one of the hottest new ventures in the Valley. Startup tells the story of Kaplan's wild ride: how he assembled a brilliant but fractious team of engineers, software designers, and investors; pioneered the emerging market for hand-held computers operated with a pen instead of a keyboard; and careened from crisis to crisis without ever losing his passion for a revolutionary idea. Along the way, Kaplan vividly recreates his encounters with eccentric employees, risk-addicted venture capitalists, and industry giants such as Bill Gates, John Sculley, and Mitchell Kapor. And no one - including Kaplan himself - is spared his sharp wit and observant eye.
Read more
Previous page
Next page

The founder of the visionary, yet doomed, GO Corporation kept notes throughout his years at the helm, thinking that one day he would produce a book. It shows. This is a vivid and lively rise-and-fall account of a company born to create a pen-based computer. It begins on a corporate jet with the author and fellow industry visionary Mitchell Kapor, founder of Lotus, sharing a vision of pen computing. From there, Startup quickly leaps to the day-to-day challenges of hiring staff, constantly reassessing and readjusting goals, and coping with the stress of endless rounds of venture capital funding. That Kaplan, in his first attempt at running a company, battles with the top forces at Microsoft, IBM, and other industry giants to bring the idea to market, only makes the story more compelling. His company's ultimate failure says more about a cutthroat industry than about the quality of Kaplan's product. This is a real David and Goliath tale. If you've ever wondered why things go right or wrong, how competition can kill you, or how financing really works within a small startup, read this book!

Entrepreneur Kaplan describes the tribulations he faced while forming his own company in the computer industry.
Copyright 1996 Reed Business Information, Inc.

Kaplan is widely known as a serial entrepreneur, technical innovator, bestselling author, and futurist. He co-founded four Silicon Valley startups, two of which became publicly traded companies. His best-selling non-fiction novel “Startup: A Silicon Valley Adventure” was selected by Business Week as one of the top ten business books of the year, was optioned to Sony Pictures, and is available in Japanese, Chinese, and Portuguese. Kaplan has been profiled in The New York Times, The Wall Street Journal, Forbes, Business Week, Red Herring, and Upside, and is a frequent public speaker.

Kaplan is currently a Fellow at The Stanford Center for Legal Informatics. He also teaches Philosophy, Ethics, and Impact of Artificial Intelligence in the Computer Science Department, Stanford University. He holds a BA (1972) from the University of Chicago in History and Philosophy of Science, and an MSE (1975) and PhD (1979) in Computer and Information Science, specializing in Artificial Intelligence and Computational Linguistics, from the University of Pennsylvania.

Published research: He has published papers in refereed journals including Artificial Intelligence, Communications of the ACM, Computer Music Journal, The American Journal of Computational Linguistics, and ACM Transactions on Database Systems.

R P
4.0 out of 5 stars The Life of a Business Idea, From Inspiration to Near Success to Crash and Burn
Reviewed in the United States 🇺🇸 on September 9, 2005
Verified Purchase
This was a fun business story told with unusual finesse by Jerry Kaplan. Kaplan has an eye for detail that can make negotiations and other business meetings come alive.

The plot tells the story of a high profile venture in the late 90s, Go Inc., from inspiration through fund raising and product development to fame, near success and ultimate failure. Anyone who may have thought about starting a new venture who wants to sit in the passenger seat and observe the whole ride in detail (though not too much detail -- it's an easy read) will enjoy. I wouldn't say the book is highly educational in a process sense (how to do this, how to do that...), but it does give a lot of high level insight into the difficult tradeoffs and predatory practices that can be confronted in trying to grow a business in high tech. I read it in a few days and enjoyed it thoroughly.
Read more
2 people found this helpful
Helpful
Report abuse

Nicolo
4.0 out of 5 stars Engaging and informative but not at the same time
Reviewed in the United States 🇺🇸 on January 23, 2013
Verified Purchase
I enjoyed learning the story of something I had not known about before. I appreciated the information, tidbits, insights, and tips. I wish it was done a little more cohesively. Sometimes you would be wrapped up in narrative only to find that you are slowed down by some long winded definition. At other times you really want to know who, what, why something happened and the book completely skips over it leaving you looking back through pages to find where you should have figured things out. It can be jarring trying to remember people when there are big gaps between their introduction and their usefulness. Or trying to remember a definition that was brought up in the beginning of the book but not referred to until the end. I wish I could have his perspective on both but written separately.
Read more
One person found this helpful
Helpful
Report abuse

Ranjeet Sonone
5.0 out of 5 stars Must read.
Reviewed in the United States 🇺🇸 on November 29, 2005
Verified Purchase
I read this book over the thanksgiving weekend. I thoroughly enjoyed it. This book shows what it takes to be passionate about technology. Startups are not for making quick money, but to solve the real-world problems, fast. There are some very important lessons to be learnt from GO/EO and I think Jerry has done a terrific job at being honest and telling it like a story and not a chronicle of events. I discovered some very talented people through this book (E.g. Mr. Kapor, Campbell) who are an inspiration. There are many parts of the story that one will not forget. For me there were two:

1. Death of Jerry's cat. My heart really pained after reading it.

2. Jerry willing to bring on Campbell as the CEO. This showed that he was not part of GO so that he could be the CEO. I think this is a very important quality one must have.

Eric Jain
3.0 out of 5 stars Startup: A Silicon Valley Adventure
Reviewed in the United States 🇺🇸 on April 1, 2008
Verified Purchase
Fascinating story of a (pre-dotcom-bubble) high-tech startup, written from the perspective of the founder. He does a great job of recounting the events, but doesn't breath much life into the characters (other than himself). This book might have been more interesting if it had been written by a neutral person who could have interviewed all the involved people and given us all sides of the story. To be fair, the author (in the end) puts the blame for the failure of the company with their inability to produce a marketable product fast enough (even though there is no shortage of people and organizations he could have blamed). So there's definitely a lot to be learned here -- just don't read this book with the hope of gaining much insight into the minds of the people involved in such ventures.
Read more
4 people found this helpful
Helpful
Report abuse

Ilya Grigorik
5.0 out of 5 stars Classic startup tale
Reviewed in the United States 🇺🇸 on August 9, 2008
Verified Purchase
More than twenty years have passed since GO Corporation was founded (1987), but the lessons described by Jerry Kaplan still ring true today - the name of the company might as well be any new Web 2.0 startup. How do you turn an idea into a company? The financing, the partnership dance, working with your board and executive management, the technology race, and managing your personal life are all interwoven into a complex network of events that is a life of a startup. Aside from being a fascinating story, 'Startup' is a great text for any entrepreneur filled with dozens of useful quotes and insights.
Read more
2 people found this helpful
Helpful
Report abuse

jjlaw
3.0 out of 5 stars passes the smell test
Reviewed in the United States 🇺🇸 on September 17, 2008
Verified Purchase
Though not quite as riveting and fascinating as its author probably thought it was, this is still a passably interesting tale of a young tech company founded more on dreams and possibiliy (thanks to venture capitalists) than tangible reality (during its four year existence doesn't seem to bring any product to the market). This reads as a perfect how not to run a business - borrow too much of other people's money and underestimate the competition (Microsoft plays the big bad villain here, but there are also jabs at IBM and Apple, probably undeserved) that might be forgiveable if Kaplan was some naive 21 year old techie at the start, but he wasn't (late 30s).
Read more
3 people found this helpful
Helpful
Report abuse

Stephan Stuecklin
4.0 out of 5 stars Entertaining and intriguing
Reviewed in the United States 🇺🇸 on March 15, 2014
Verified Purchase
Kaplan gives the reader an inside view of what it's like to start a new venture - the heady atmosphere, the bullying incumbents, and the all-consuming work required. His frank and entertaining account made me appreciate the hard work founders put into their companies and the thin line between success and failure makes me respect failed ventures more.
Read more
Helpful
Report abuse

Shmurf
5.0 out of 5 stars Smooth transitions
Reviewed in the United States 🇺🇸 on October 15, 2016
Verified Purchase
It's no easy feat to change your point-of-view multiple times while still managing to stay true to a cohesive story. This book is a rare find and an excellent tale of the life of a startup founder that holds up to this day.
Read more
Helpful
Report abuse
See all reviews

Ms. Samanta
5.0 out of 5 stars Fantastic book about the ups and downs of a startup
Reviewed in Germany 🇩🇪 on September 15, 2015
Verified Purchase
The book is an amazing account of the ups and downs of creating a startup in the Silicon Valley.
Kaplan has an immersive storytelling and you feel you were with him during his meetings with
VCs, partners and competitors.

This book is worth every second you spend with it.
Read more
Report abuse
See all reviews