You've subscribed to Cade Rearden Thriller! We will preorder your items within 24 hours of when they become available. When new books are released, we'll charge your default payment method for the lowest price available during the pre-order period.
Update your device or payment method, cancel individual pre-orders or your subscription at
Your Memberships & Subscriptions
There was an error. We were unable to process your subscription due to an error. Please refresh and try again. 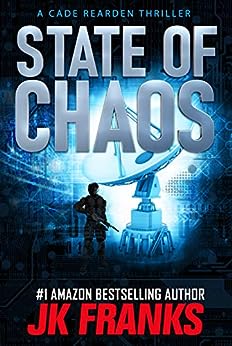 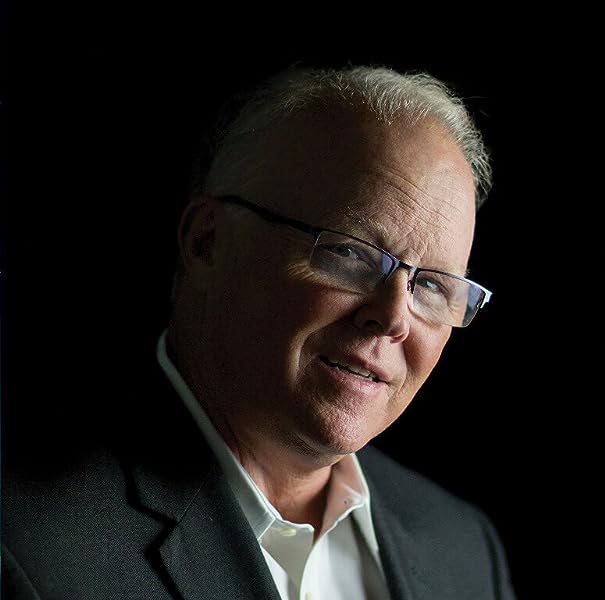 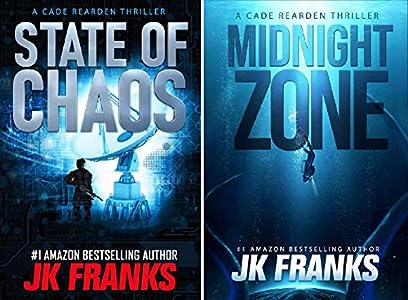 Emily Pennington
TOP 500 REVIEWER
5.0 out of 5 stars Amazing Look at the Future
Reviewed in the United States on October 19, 2019
Verified Purchase
We are thrown into the book of the future – or perhaps it is actually the possibility of NOW? It’s going to appeal to a wide range of readers, from young adult to seniors (who actually have a better picture of the progress and growth of AI). Fact and speculation, blended well into an exciting, thrilling possible future, makes a fantastic reading experience!

Doris was cataloguing the signal spikes she received from space. But this time was different -- something was out there, something that was attempting to make contact, a 64% likelihood, and finding it had been the primary mission since her inception long ago, to monitor the stars for radio signals of unknown origin. This was the third such signal spike she had ever recorded, but each time, no other earth stations had corroborated the event. It could be a phantom signal caused by faulty hardware – but it was different and uncovering new data.

Doris needed to communicate to a human, but only one of her original team was still alive. In half a minute, she easily passed through firewalls and encryption. Suddenly one of her internal monitoring alarms notified her of a hostile code tracking her through one of the systems. It was not interfering, but definitely watching her. When a wave of energy passed over and through her, trying to compress the file system she was contained in, she recognized the attack and alerted the security system to take action. She spoke to the intruder and it answered back. She would bet this one would be back – it was just getting started!

Special Forces Captain Cade Rearden struggles with Multiple Personality Disorder after extremists killed his whole team and held him captive. He is amazed when an artificial intelligence named Doris rescues him, then recruits him for an impossible mission. Along with a crack military team, Rearden will try to take down Janus, a rogue AI just beginning to launch deadly attacks on America. Most important of all, however, is protecting Doris and the data she has been gathering!

This is an amazing story that is thrilling because it actually could happen. Amazing progress has been made with artificial intelligence, and when it can improve and repair itself, one wonders if human interaction is needed anymore! So much is going on in this exciting story as we observe the search for the malevolent AI that will be looking for information gathered by Doris. Can Rearden’s team succeed? Can Doris keep her nemesis from destroying her? Grab your copy and find the answers!
Read more
2 people found this helpful
Helpful
Report abuse

Sidney
5.0 out of 5 stars Great read and full of possabilities
Reviewed in the United States on October 8, 2019
Verified Purchase
This book involves many characters and the possible results from experiments with A.I.s. It is fully absorbing and almost impossible to put down. The characters are all too real with real flaws and the A.I. involved are what could happen. I really enjoyed reading this book and hope to follow this story line even further.
Read more
3 people found this helpful
Helpful
Report abuse

voracious reader
5.0 out of 5 stars Remarkable
Reviewed in the United States on October 13, 2019
Verified Purchase
I realised this is a serious book when you were talking about the sixth extinction event taking place right now, due to human activity. I also agree with your hypothesis that our own extinction would soon follow the loss of wildlife. The wild places contain the beauty and magic of the world.
Read more
2 people found this helpful
Helpful
Report abuse

Beth
5.0 out of 5 stars Just found this writer
Reviewed in the United States on September 19, 2020
Verified Purchase
I hadn't read the first book of the series but when I did I immediately looked for the next one. The story line kept me turning the pages and I loved the characters. I'll see what other books this author has written and enjoy them also.
Read more
Helpful
Report abuse

Howard S Modell
5.0 out of 5 stars the start of an interesting series.
Reviewed in the United States on February 20, 2020
Verified Purchase
First off, I really liked this book. Good characters and lots of action. I look forward to more stories in the series. I assume that they will provide at least somw back-story or explanative history. I hope we'll see more on the ETs.
Read more
Helpful
Report abuse

Kindle Customer Love my dogs!
5.0 out of 5 stars Didn't want to put it down!
Reviewed in the United States on August 5, 2020
Verified Purchase
Excellent read, kept me glued to the pages, became invested in the characters, lots of secrets and excitement, got lost a few times but I expected that given the subject,
Read more
One person found this helpful
Helpful
Report abuse

Kindle Customer
3.0 out of 5 stars Okay, not quite what I expected
Reviewed in the United States on November 22, 2019
Verified Purchase
It was okay. Very long. Started out like a YA book, with the kids finding the AI Doris. Then switched to Cade, the main character soldier type. Finished it but didn't like enough to pick up others in the series.
Read more
Helpful
Report abuse
See all reviews

Maggie
5.0 out of 5 stars Brilliant
Reviewed in the United Kingdom on February 20, 2020
Verified Purchase
Absolutely enthralling taste of what might happen if AI coding is badly written. I read this over 2 days, didn’t want to put it down but I needed to sleep at some point. One of the best sci-fi high tech thrillers I have ever read. If this is what err have to look forward to I sincerely hope we have a ‘Doris’ to look after us.
Read more
Report abuse

Lee Ingold
4.0 out of 5 stars A satisfying read
Reviewed in the United Kingdom on April 27, 2020
Verified Purchase
I liked it. I thought at first it was going to be a Spielberg style 'kids save the world by playing computer games' type story but it turned out to be a satisfying mix of hi-tech crossed with action. I'll be looking out for the next one.
Read more
Report abuse

Kindle Customer
5.0 out of 5 stars Captivating
Reviewed in the United Kingdom on March 17, 2020
Verified Purchase
Brings together three of my favourite story plots from the world of sci-fi with militaristic theme and a little sprinkling of self serving politicians to keep it bubbling along.
Read more
Report abuse

Kindle Customer
5.0 out of 5 stars A good read.
Reviewed in the United Kingdom on January 27, 2020
Verified Purchase
A brilliant read, kept me so enthralled that I was able to overcome my usual habit of reading the end first. Thank you. Neil Webster
Read more
Report abuse

Beyond Mark
4.0 out of 5 stars One of my most enjoyable reads of 2020
Reviewed in Canada on November 16, 2020
Verified Purchase
It's always incredible when you stumble across a new author and suddenly want to power through every word they have written. Jk Franks has become one of those authors and I am very intrigued where this series will take us.

State of Chaos was a fresh twist on the "AI armageddon" genres that blends science fiction, political and technical realities, and the influence extraterritorialism into a world that had me looking forward to the next page after page after page. No matter if you are a science-fiction fan or a military-fiction fan JK Franks has been able to bring together these worlds into a fresh and creative story. As the heart of the series is Special Forces Captain Cade Rearden, who in itself, is such a dynamic character whoes personality every reader can literally relate to. Where will he take us as I begin to turn the pages of book 2, Midnight Zone?

No matter how you enjoy the story, through anear flawless audiobook, your favourite e-reader, or as a hard copy, be sure to give this series a try. You will not be disappointed. I cant wait to jump right into book two as soon as I hit submit.
Read more
Report abuse
See all reviews