You've subscribed to The Columbus Archives! We will preorder your items within 24 hours of when they become available. When new books are released, we'll charge your default payment method for the lowest price available during the pre-order period.
Update your device or payment method, cancel individual pre-orders or your subscription at
Your Memberships & Subscriptions
There was an error. We were unable to process your subscription due to an error. Please refresh and try again. 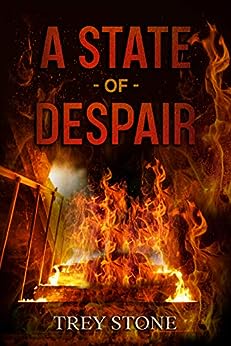 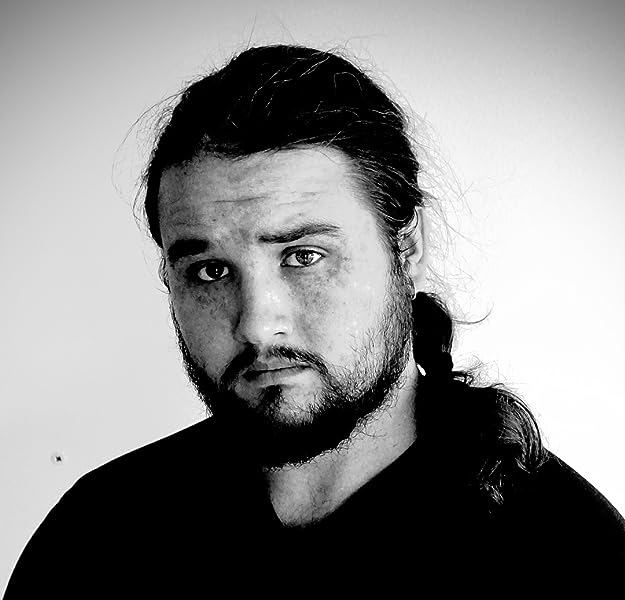 A State of Despair: A Psychological Thriller (The Columbus Archives Book 2) Kindle Edition 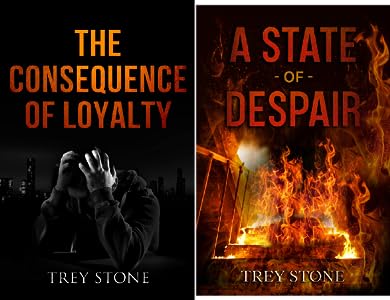 Michael Kelso (author of One on One)
5.0 out of 5 stars Back for more.
Reviewed in the United States on December 1, 2020
Verified Purchase
When I read Trey Stone's first book, 'The Consequence of Loyalty', I was impressed by the fact that he was able to do something that few authors can... surprise me. As I read 'A State of Despair', the second in the Columbus Archives series, I found myself being led down yet another rabbit hole of mystery. Would Mr. Stone succeed in pulling the metaphorical wool over my eyes a second time?

The story starts simply enough. Undercover agent Jordan Greer is struggling with the realities of being undercover as he tries to track down a drug ring that is pushing a deadly new drug. We follow along as he has a hard time of it both physically and mentally. This could easily be a blueprint for how not to deal with substance abuse.

1/4th of the way through the book it looks like everything is nicely wrapped up. Another successful investigation, with the bad guys on their way to jail, close the file, another case solved. That's when it takes a hard turn, the metaphorical excrement hits the fan, and the real story is revealed.

The story does several flash-forwards through the interview process, just like the tv show NCIS, which does a wonderful job of creating intrigue and tension. It also weaves in some callbacks to the previous book that readers of 'The Consequence of Loyalty' will enjoy. Seeing both Callaway and Martin in more active roles this time around was a real treat.

Mr. Stone does a great job of balancing between a hardcore cop story and a story about how far you would go for your friends.

Calling A State of Despair a pageturner would be an understatement. I was hooked on this book from moment one and found it very difficult to put down.

In the end did Mr. Stone succeed in fooling me a second time? Yes and no. I had my suspicions, but he still managed to throw a curveball into the story which had me doubting my choice of who the 'bad guy' was.

This was a well-written book with an intriguing story that gripped me from moment one and didn't let go until the end. I would recommend this book to anyone who likes crime books, cop stories, mysteries, or just a great pageturner.

Jaka Tomc
4.0 out of 5 stars More pros than cons
Reviewed in the United States on February 6, 2021
Verified Purchase
I love this series, I really do. The second book was great too. Trey's writing is getting sharper and more ingenious. I was a little disturbed by repetition at some points and more than once I got the feeling that the author wanted to stretch the story. But all in all this book is a very good read.
Read more
Helpful
Report abuse

Randi
5.0 out of 5 stars I want more of this series!
Reviewed in the United States on December 15, 2020
Verified Purchase
When a routine drug raid goes horribly wrong, an FBI agent dies, two are hospitalized, and one goes missing. How far will Agent Greer go to find his missing partner?

I really enjoyed this book! The characters are so well-written, I loved getting to know more about them and their lives. I can’t wait for the next book in this series.

I appreciated the inclusion of a content warning page. Many books do not include them, but Mr. Stone chose to do so.
Read more
Helpful
Report abuse

Janet F Gallagher
5.0 out of 5 stars Brilliant read
Reviewed in the United States on December 30, 2020
Verified Purchase
From line one throughout the entire story I was gripped with constant action and intrigue. Truly a superb, exciting read
Read more
Helpful
Report abuse

Sahreth 'Baphy' Bowden
5.0 out of 5 stars Nail-biting Suspense Even Better Than The First!
Reviewed in the United States on December 2, 2020
Often, it's extremely difficult to follow up a great story with a sequel that pleases both author and audience, but Trey Stone has crafted a second installment in 'The Columbus Archives' that is even better than the first. I loved everything about this story from the way it was set up, the writing style, the plot, the continued character development- everything.

I wrote in my review of the first story 'The Consequence of Loyalty' that it was like reading the book version of an NCIS episode in the sense that it had the same atmosphere. However, I'm now convinced that NCIS, a favorite show of mine, couldn't hold up to this series.

The story is mostly written as a flashback where Agent Greer is having to explain his actions to the FBI board. During the interview, we get a good recap of the last events of the first book in addition to new details on those events, what happened between books, and into the present. However, it doesn't feel like a flashback or one of those recaps of a part 2 episode that we all skip past- it remained enthralling. As you know, this kind of format typically allows the viewer to put together certain information that would not have been known had it not been told from the present/future; such as x character is alive now so whatever suspense happens, we know they make it. But in 'State of Despair,' the author succeeds in keeping the telling candid while never revealing even the smallest detail that would ruin the mystery created in those flashbacks.

If you read the first book, you'll know that Greer, albeit reckless, is highly intelligent, capable, and has amazing deductive skills. So while reading this book and his conviction of his theories, I kept telling myself 'he's right; he has to be right' while at the same time completely doubting that he is. By the time everything was revealed, I was still surprised by the outcome as I was shocked at the extent of what he did in order to achieve his goals. This aspect alone kept me on edge. Add to it said shocking actions and it's a wonder I didn't have an anxiety attack or something.

Final note is that drama, action, and suspense remained until the very last page. Trey Stone did an excellent job at crafting a style that not only has no dull moments, but keeps the reader in question of all characters and events to the end. Not sure if there will be a follow-up (I don't see the need for it), but either way, will be looking forward to future work from the author.
Read more
Helpful
Report abuse
See all reviews

Kindle Customer
5.0 out of 5 stars Great addictive read
Reviewed in the United Kingdom on December 3, 2020
Verified Purchase
Excellent 2nd story for this FBI Team. The story is exciting with enough twist and turns to keep the reader interested.
I love the dynamics between Callaway, Martin, Norman and Greer a tight team. Their spirit is tested in this book. Greer maybe grumpy and not like rules but his team know to listen to what he's saying.
The plot was interesting from start to end and I read it in one sitting.
I can't wait to see if there will be a book three.
Read more
Report abuse
See all reviews