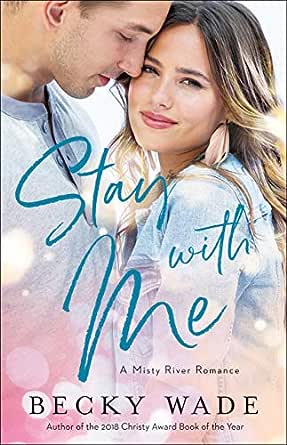 You've subscribed to Misty River Romance! We will preorder your items within 24 hours of when they become available. When new books are released, we'll charge your default payment method for the lowest price available during the pre-order period.
Update your device or payment method, cancel individual pre-orders or your subscription at
Your Memberships & Subscriptions
There was an error. We were unable to process your subscription due to an error. Please refresh and try again. 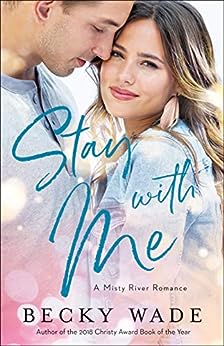 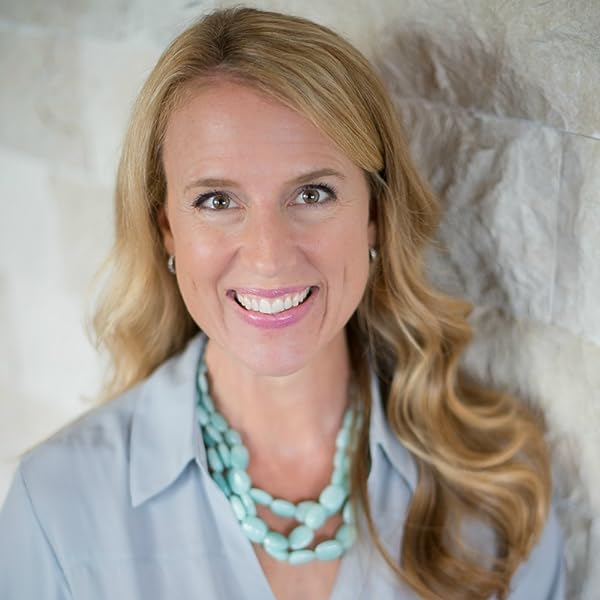 Stay with Me (Misty River Romance, A Book #1) Kindle Edition 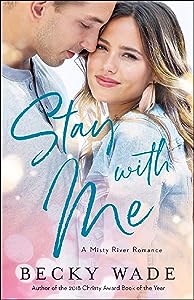 
When acclaimed Bible study author Genevieve Woodward receives an anonymous letter referencing her parents' past, she returns to her hometown in the Blue Ridge Mountains to chase down her family's secret. However, it's Genevieve's own secret that catches up to her when Sam Turner, owner of a historic farm, uncovers the source of shame she's worked so hard to hide.

Sam has embraced his sorrow, his isolation, and his identity as an outsider. He's spent years carving out both career success and peace of mind. The last thing he wants is to rent the cottage on his property to a woman whose struggles stir his worst failure back to life. Yet can he bear to turn her away right when she needs him most? --This text refers to the library edition.

Becky Wade is a bestselling author of heart-pounding and faith-filled contemporary romance novels and the winner of the 2018 Christy Award Book of the Year. She's a native of California who married a Texan and now lives in Dallas with her husband and three children. To find out more about Becky and her books, visit www.beckywade.com. --This text refers to the library edition.

4.7 out of 5 stars
4.7 out of 5
212 customer ratings
How does Amazon calculate star ratings?
Amazon calculates a product’s star ratings based on a machine learned model instead of a raw data average. The model takes into account factors including the age of a rating, whether the ratings are from verified purchasers, and factors that establish reviewer trustworthiness.

anne
5.0 out of 5 stars Heartfelt, Intriguing and Informative.
Reviewed in the United States on May 10, 2020
Verified Purchase
I have loved all of Becky Wade's books so expected to love this one as well, however, it far exceeded my expectations. I was drawn in from the very beginning when Sam found a stranger asleep in his guesthouse, that he couldn't wake up. He asked himself, "Is she dead?"

Genevieve, who had been found asleep, was shocked that she went into a house that was not her own and climbed in bed and fell asleep. She is a well-known author of Bible studies for women, as well as a popular speaker. She was prescribed OxyContin after ankle surgery the previous year, however, hadn't quite been able to quit taking them. She had shopped around for pain doctors who would be willing to write her a new prescription, all the while presenting her nearly perfect image to her adoring fans. She had come her small hometown in Georgia to visit her parents, relax, write and go through opiod withdrawal, however, she realizes she can't stay with her parents while going through withdrawal so she goes back to Sam and asks to rent the guesthouse which she refers to as the cottage. He finally agreed with a some pretty strict conditions. One is, that he has the right to go into the cottage anytime to search for pills if he suspects she's still taking them. He also insists she needs to tell someone in her family of her addiction. She agrees to tell her sister, Natasha. When in middle school, Natasha, Gen, and three other kids on a missions trip in El Salvador, were trapped in rubble for eight days after a devastating earthquake that killed many. The five kids were known for the miracle of living through such an experience and traveled the world sharing their experience, giving God all the glory. In between the main story of this book, every few chapters there is a fascinating flashback to the five kids trapped in the basement of a collapsed building.

There is a intriguing element of suspense in this story as Gen also came home to question her parents about a mysterious note received in the mail alluding to something her parents had done. She wanted to question them about what it could be, however, they both agreed they had no idea. When a second letter arrived that was threatening, Gen and Natasha decide to do some investigating of their own.

As Gen suffers through withdrawal, Sam and Natasha become her only support. Sam, who owns a restaurant brings her healthy food choices, and even prepares a few meals for her. Sam's past includes a girlfriend who he loved, that was also addicted to prescription pain pills who died of an overdose. As a result, he has closed himself off from most people and lives a pretty reclusive life on a farm.

As this story progressed, I had a hard time putting it down - Gen's struggle with life without Oxy,brought to light the seriousness of opiod addition and the difficulty of withdrawal. Sam's reclusive lifestyle, the secretive investigation that was ongoing of Natasha and Genevieve's parents all came together as a beautifully, heartfelt and intriguing story. One that I'm still thinking about.
Read more
4 people found this helpful
Helpful
Comment Report abuse

Amazon Reader
3.0 out of 5 stars Liked this one, but it wasn't stellar - 3.5 Stars (But Can't Round Up to 4 Stars)
Reviewed in the United States on June 23, 2020
Verified Purchase
As usual, I have a like-dislike "relationship" with Becky Wade's writing. She's obviously a talented author, and I end up buying all of her books at some point or another because the quality is better than most. Somehow I unintentionally clicked to pre-buy, but I didn't cancel. Now, I see it's on sale barely more than a month after it downloaded on my Kindle. I'll wait next time until it goes on sale. Not that it's not worth the money, but...

Ms. Wade bypasses opportunities to promote Christian music in favor of secular musicians. Not a big deal, but it bugs me. Her heroine is a big name author/speaker (think Beth Moore) with hordes of fans. She has a calendar of half-naked firefighters and is too worldly for me in some ways (nothing to do with her addiction). One of the tropes in a TON of contemporary Christian romances in recent years that disturbs me is the heroine either living under the same roof as the hero, or--in the case of this book--on his private property. I understand her mother drives her crazy, but when she has family in the area, she should stay with them. She obviously has money, so perhaps she might find an apartment to rent or a short or long-term hotel? Of course, she's hiding her addiction, so I suppose that makes it okay for her to stay in a cabin on his property since he's dealt previously (and loved) someone who had an addiction. That still doesn't make it okay, at least not with this reader.

Finally, I'm sorry to say, but I didn't particularly love Sam. I admired him, I appreciated him, but I simply didn't love him. I didn't feel the love connection between him and Genevieve. They didn't spend enough time together in serious conversation (another of my pet peeves) to be in love. As always in a Becky Wade novel, there were cute moments and some well-written flirty moments. Thankfully, it didn't have as many outright CRASS moments or statements in this novel. And there were some good moments involving faith and forgiveness, redemption, etc. Overall, however, I'm glad I read it. It wasn't a favorite, and I can't quite bump this one up to a four ... but I'll probably read the others in the series.
Read more
3 people found this helpful
Helpful
Comment Report abuse

Lisa K
5.0 out of 5 stars A story that stays with you.
Reviewed in the United States on May 8, 2020
Verified Purchase
The best way to describe Stay With Me is to say it’s a gloriously, lovely book. I’ve read all of Becky Wade’s books, but I can say this is one of her best if not the best. I refrain from saying it’s the best because I still think My Stubborn Heart and True to You are two of the best books ever written in the Christian Romance genre, so I’m going to put Stay With Me in a three-way tie. Wade has created these beautiful rich characters in her latest that will stay with you for a long time. I laughed out loud throughout, totally enjoyed the little mystery in the story, and fell in love with Sam Turner. At the end of the book, I literally wept, not because it was sad, but because it was such a beautiful story. Gracious, I still get a little choked up just thinking about it. There aren’t enough stars for this book. It’s absolutely fantastic.
Read more
3 people found this helpful
Helpful
Comment Report abuse
See all reviews from the United States

Beth M
4.0 out of 5 stars Lovely
Reviewed in the United Kingdom on May 17, 2020
Verified Purchase
A lovely read. Beautiful setting, great characters and just the type of book I needed in this lockdown season. Looking forward to the next one in the series.
Read more
Helpful
Sending feedback...
Thank you for your feedback.
Sorry, we failed to record your vote. Please try again
Report abuse