You've subscribed to Rendezvous Falls! We will preorder your items within 24 hours of when they become available. When new books are released, we'll charge your default payment method for the lowest price available during the pre-order period.
Update your device or payment method, cancel individual pre-orders or your subscription at
Your Memberships & Subscriptions
There was an error. We were unable to process your subscription due to an error. Please refresh and try again. 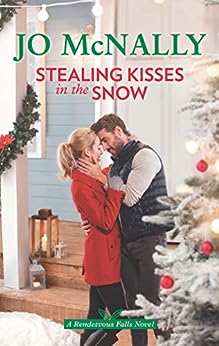 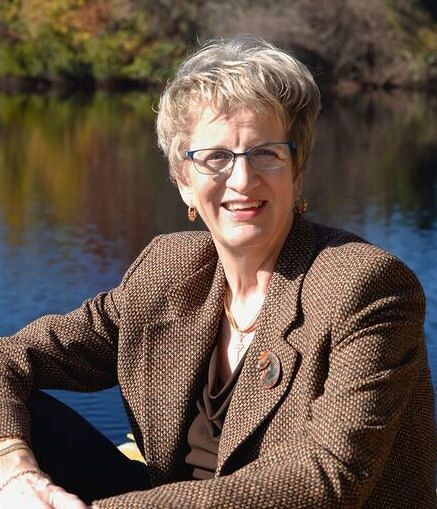 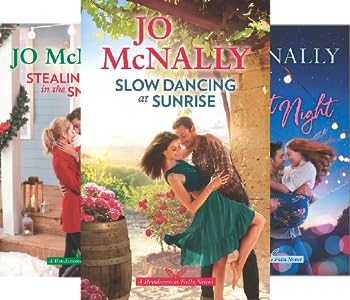 "Readers will be charmed by this sweet, no-nonsense Christmas romance full of genuine emotion."-Publishers Weekly --This text refers to the mass_market edition.

Jo McNally is the author of the Lowery Women series and the Rendezvous Falls series of romance novels. She lives in coastal North Carolina with 100 pounds of dog and 200 pounds of husband--her slice of the bed is very small. When she's not writing or reading romance novels (or clinging to the edge of the bed ...), she can often be found on the back porch sipping wine with friends, listening to great music. If the weather is absolutely perfect, she'll occasionally join her husband on the golf course, where she always feels far more competitive than her actual skill level would suggest.

Piper Goodeve began narrating in 2011 and has since given voice to over a hundred titles. As a stage actress, Piper has appeared off Broadway as well as at theaters across the country, such as the McCarter, the Weston Playhouse, and Syracuse Stage. Happily splitting her time between Brooklyn and Vermont, Piper holds a BA from New York University and received her MFA in acting from Brown University/Trinity Rep.

SheriO
5.0 out of 5 stars Seasoned Romance brought to life
Reviewed in the United States on November 5, 2019
Verified Purchase
I loved the story and the ending brought me to tears. I would have liked to hear Susan's perspective on why she changed her mind and offered the olive branch to Piper and Logan at the end. The book had just the right amount of sizzle.
Read more
Helpful
Report abuse

Laura Keenan
5.0 out of 5 stars They are well written.
Reviewed in the United States on September 21, 2020
Verified Purchase
Loved the story so much I read all THREE of these books.
Read more
Helpful
Report abuse

Olivia F.
4.0 out of 5 stars charming and festive
Reviewed in the United States on October 29, 2019
STEALING KISSES IN THE SNOW is a sweet and festive love story about Piper, a single mother of two, and Logan, who has never stayed anywhere long enough to put down roots. Iris Taggert is eighty and has been held up by her injury, forcing her to take a step back from the bed and breakfast that she runs in the Finger Lakes. She has deputized Piper as the manager in her stead, knowing that Piper will run the place the way she wants it to be run.

Piper had been working two jobs to support herself and her two children, four-year-old Lily and sullen thirteen-year-old Ethan. Working at the Inn as a manager is a pleasant change, also because she is allowed to bring Lily with her. Piper's husband died on a military tour overseas to Afghanistan. He met Lily right after she was born, shortly before his death. Piper has been grieving for the four years since, and while she will always love him,she is moving forward with her children, having moved out of her in-laws' house and buying her own and taking back the solo role in raising the children. This adjustment has been hard on everyone, in no small part because her in-laws have been reluctant to release any control.

Logan grew up on the move, chasing his dad's next Big Thing. As an adult, he has a steady job that requires the same frequent movement, working on oil rigs. When he finds out his grandmother has been injured, he heads back to town to help her with the inn- only to find someone else running it. After a rough introduction, he is willing to settle into a helper mode- except that Piper does not really want to delegate to him. However, he is impressed by her and slowly shows her that he can help too- with the inn but also with her house renovations and even her children.

This was a lovely slow-building romance with a lot to love about both Piper and Logan, as well as the two as a couple. The in-law issues caused a lot of stress (even as a reader) that made this a little tougher of a read. Essentially, the in-laws were undermining any potential relationships using the kids as vessels of their control, and I really hated it (as you are supposed to). However, of course, this book has a lovely happy ending that I adored. The ultimate messages are about the power and value of love with the ideal setting of Christmas.

This was a lovely holiday book that functions as a stand-alone (although it is the second in a series), with a couple who is easy to cheer for, the meddling book club who brings a lot of laughs, and lots of family moments that make you fall in love. Highly recommend for anyone looking for a new, sweet Christmas romance read.

Please note that I received a review copy from the publisher. All opinions are my own.
Read more
One person found this helpful
Helpful
Report abuse

Kate Vale
5.0 out of 5 stars Unlikely are the lovers who find each other in a snowstorm
Reviewed in the United States on May 22, 2020
Another Rendezvous Falls installment in the series in which the senior ladies in the book club try out their matchmaking efforts again--with similar disastrous results as the previous effort. This time, it's Logan Taggart, Iris's grandson, who is their target. This Harley-riding bad boy with the tattoos and a preference for avoiding complicated relationships surprises himself when it's not the ink artist who captures his interest.

Piper Montgomery has lots on her plate, including her grumpy pre-teen son, 4-year-old daughter with the sunny smile, a house needing lots of fixing up, and stepping up to do everything in Iris's B&B as the holidays near. After all, Iris is still at the rehab center after surgery on her hip, so it's up to Piper to make sure that Iris's painted lady is perfect for the guests soon to arrive. She needs help, and when Logan is ordered to step up, the two soon discover a connection neither expected.

But Piper's mother-in-law isn't happy about the possibility that she might finally be ready to move on, even if it's been four years since her only son's death (and of course, he's a Marine). So she sets about making comments designed to turn her grandchildren against Logan and it looks like she's going to be successful. If the kids don't like him now, how can Piper continue to see him, much less make him part of their family?

With Thanksgiving a disaster and Christmas nearly on everyone, what are the book club seniors to do when they realize that Logan and Piper have found--and love--each other? Read to find out amidst the laughter and tears of all involved.
Read more
Helpful
Report abuse

Kim
4.0 out of 5 stars A good story, full of family and love.
Reviewed in the United States on August 11, 2020
Stealing Kisses in the Snow is a seasoned romance taking place between October and Christmas. It features an adorable four-year-old, a moody teenager, a single mom, a rolling stone rig worker, and a matchmaking grandma. This is the second book in Jo McNally’s Rendezvous Falls series and is a standalone read.

Iris Taggart owns the Taggart Inn, a small bed and breakfast in Rendezvous Falls, New York. For the last few months, she’s been running the inn with just herself and Piper Montgomery. But when Iris falls and breaks her hip, her grandchildren decide that one of them has to go and help their grandma. After getting injured on an oil rig, Logan decides to return to Rendezvous Falls to recover and help out his grandmother. He just never expected to fall for a single mom and her ready-made family.

I read an excerpt from Stealing Kisses in the Snow and knew immediately I HAD to read the story. Logan, Piper, her kids Ethan and Lily, and Iris were all great characters who really helped drive the story. I don’t usually read Harlequin’s HQN line, so I didn’t know what to expect. Stealing Kisses in the Snow made me smile and laugh. There were times when I was sure my heart was going to break. But there were also touching moments. I really enjoyed the journey of Piper and Logan coming together as a family.

Jo McNally is a new to me author. I’m looking forward to reading more books from her.