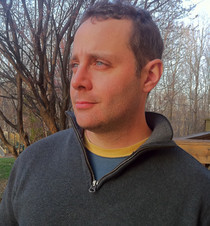 Start reading Stealing Sweetwater on your Kindle in under a minute.

3.8 out of 5 stars
3.8 out of 5
32 global ratings
How are ratings calculated?
To calculate the overall star rating and percentage breakdown by star, we don’t use a simple average. Instead, our system considers things like how recent a review is and if the reviewer bought the item on Amazon. It also analyzes reviews to verify trustworthiness.
Top reviews

Stephen
1.0 out of 5 stars Hideously BORING.
Reviewed in the United States on August 16, 2020
Verified Purchase
First off--NONE of the characters are sympathetic, but they ALL are PATHETIC. I nearly stopped reading numerous times, but kept thinking "This HAS to get better..." It never did. I have read 6 of Iden's Marty Singer books, and loved them all. The characters in those books are richly drawn and nuanced. The characters in THIS book are all one-dimensional, with absolutely no redeeming value. I started to feel sympathy for the Becky Winter character, but that character was not fully developed. She was more like a bit player in a B-Movie. I am going to force myself to finish this crappy book, because I must be a glutton for punishment. That and I paid for it. I really wish I had not.
Read more
Helpful
Comment Report abuse

Ruth Barrineau-Brooks
5.0 out of 5 stars Stealing Sturis: A Tale of Interesting Thieves
Reviewed in the United States on April 1, 2015
Verified Purchase
Stealing Sturgis by Matthew Iden, author of the well-written, addictive Marty Singer series is so good! Stealing Sturgis is not part of the series. What it is is the tale of two guys out to make a quick buck the illegal way of course. The journey to Sturgis and the events there are both intriguing and page turning. I never knew what these "unusual" plan-to-be thieves would do next. That's definitely a thrill. I strongly encourage you to read this book.
Read more
3 people found this helpful
Helpful
Comment Report abuse

RARowland, Cincinnati reviewer
5.0 out of 5 stars One H... of a ride!
Reviewed in the United States on December 9, 2014
Verified Purchase
I just finished this book so wanted to make a few comments while they are still fresh in mind. I should start by saying that I am a big Matt Iden fan having read all the Marty Singer series and several of Matt's other books as well.
This book was, simply put, "One H... of a ride".
As a former Harley rider myself, having spent some time in the saddle, shall we say, warming my posterior, I could identify with the parts relating to the various riders' anatomical miseries from the long ride to no matter where. The one comment by a rider complaining about a certain portion of his anatomy "falling asleep" during the long ride was laugh out loud funny.
I don't re-tell story lines in my reviews, but the plot to steal motorcycles was both outlandish and yet credible by the way it was argued by chief protagonist Randy. That Lee, the co-protagonist, went "along for the ride", (no pun intended), albeit initially reluctantly, but then agreeing to the plan, I frankly found believable.
But until you realize that beneath it all Randy's frame of reference is that of a bona fide sociopath what idea wouldn't make sense until you finally realize his motivation?
What I like in a book are two things: first, it must hold my attention from start to finish, and second, if I need to put the book down and come back to it later, I don't want to re-read pages to remember where I left off.
This book succeeded wonderfully as to point one and failed miserably on point two. "Stealing Sturgis" held my attention throughout so well that I could not put it down for any reason until I had finished it.
But then, when it all boils out, isn't that what we really want in a good read!

Shergie
4.0 out of 5 stars If You Like Motorcycles This is Great
Reviewed in the United States on December 18, 2014
Verified Purchase
If you like motorcycles this is great book. However I am a 71 year old grandmother with 2 daughters and 5 granddaughters, and I'm not really into motorcycles. I almost quit in the beginning when I realized it was focused on them, but I kept reading and really enjoyed the story. The book is very well written and fast paced. I just prefer the Marty Singer books more.
Read more
One person found this helpful
Helpful
Comment Report abuse

Darcy Gentry
3.0 out of 5 stars Not a page turner but ok
Reviewed in the United States on August 14, 2016
Verified Purchase
Book started a little slow but once I was into it I was able to get into the story line. It was a bit predictable and far fetched.
Read more
One person found this helpful
Helpful
Comment Report abuse

Robinread
4.0 out of 5 stars Left me with a smile on my face.
Reviewed in the United States on April 23, 2015
Verified Purchase
Had a little trouble getting into this book. I'm glad I stuck with it because it turned out to be well worth the time spent. It was one of those stories that seemed to allow the players to get pretty much exactly what they deserved. 4.4 stars.
Read more
Helpful
Comment Report abuse

Regan R Walker
5.0 out of 5 stars You don't have to like Harley's to love Stealing Sturgis
Reviewed in the United States on December 18, 2014
Verified Purchase
I love the Marty Singer series so I gave Stealing Sturgis a shot, and was I glad I did. Fast paced and fun with the suspense you've come to expect from Matthew Iden, this book was hard to put down. i hope to see more stories with Lee and Baby Boy!
Read more
2 people found this helpful
Helpful
Comment Report abuse

Wesley
2.0 out of 5 stars Below Average
Reviewed in the United Kingdom on December 10, 2014
Verified Purchase
With an unconvincing plot featuring unconvincing characters, it is difficult to rate this tale higher than two stars. I ploughed on to the silly, yet unfinished end, feeling I had gained very little from this reading experience. Not recommended, rather predictable and quite boring.
Read more
Report abuse
See all reviews