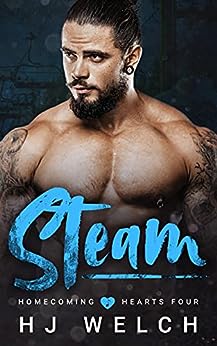 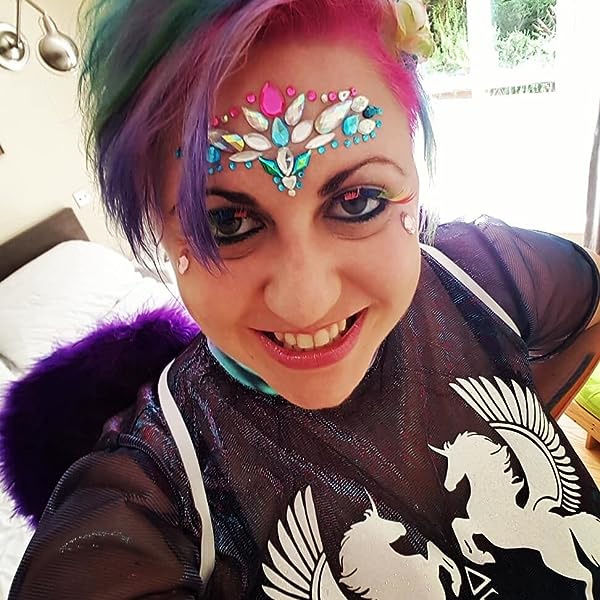 by HJ Welch (Author) Format: Kindle Edition
Book 4 of 5: Homecoming Hearts
See all formats and editions
Sorry, there was a problem loading this page. Try again.
Bad boy movie star Trent Charles is more famous for his outrageous behavior than he is for his acting these days. After one scandal too many, his manager sends him home to the snowy ski slopes of Wyoming to get his life together. No parties, no fast cars, and certainly no women.

Ashby Wilcott is done with bad boys. His heart is broken from his last relationship disaster. A few weeks of peace and quiet in the mountains is just what he needs. He is absolutely not interested in moody Trent Charles, even if he is hot enough to melt snow with his rippling muscles and mysterious ways. Good thing Trent is straight.

But the two men can’t seem to stay apart. Trent finds himself pretending to be Ashby’s boyfriend, a lie that gets Ashby invited to a wedding as Trent’s guest. Regardless of Trent’s protests that he’s not interested in the beautiful Ashby in that way, the chemistry between the two steams up. With only a few weeks together, what harm can they do having a little fun? As outside forces threaten to tear them apart, Trent realizes Ashby means more to him than just a fling. In fact, he’ll do anything to protect him.

HJ Welch is an author of contemporary MM romance, including the international bestselling Homecoming Hearts series. She lives in London with her husband and two balls of fluff that occasionally pretend to be cats. She began writing at an early age, later honing her craft online in the world of fanfiction on sites like Wattpad. Fifteen years and over a million words later, she sought out original MM novels to read. By the end of 2016 she had written her first book of her own, and in 2017 she fulfilled her lifelong dream of becoming a full-time author. You can follow her at @helenjwrites or join her Facebook group Helen's Jewels!

Kendra T
VINE VOICE
4.0 out of 5 stars where he punches a horrible paparazzi guy
Reviewed in the United States 🇺🇸 on April 26, 2018
Verified Purchase
Trent is a straight famous actor who has had a few scandals in his time. The latest one, where he punches a horrible paparazzi guy, causes his agent to tell him to go off the grid for a few months. He hasn't spoken to his father in years, but it is time to go home and try to get his life together again.

Ashby has just had a horrible break up, and he comes to the US from England to get away and focus on himself. He has no plans to get involved with anyone else, but fate has a way to throw things at you when you least expect it.

Trent and Ashby develop a nice friendship while they are both staying at the same resort. Ashby is definitely attracted to Trent, but him being straight causes Ashby to stay away. Trent struggles with the feelings he is having for Ashby. Partly because of him being male, but also because Trent is a real commitment phobe. These two guys really complemented each other well, and I enjoyed their story.

I received an ARC of this book, but hadn't read any of the first 3 books. This book could be read as a standalone, and not reading the others did not diminish my enjoyment. I am definitely interested in reading the others now, however, because we get to see all 3 couples and I want to know how they got to the happiness they have now.
Read more
Helpful
Report abuse

I love this authors' work because she really takes time and develops characters that touch your heart. i want these men to be my neighbors and friends by the end of the book. In this story we get to fall in love with a whole bunch of wonderfully drawn characters. I loved that we get to connect again with the group of MC's that we have met in the previous books.

This book could be read as a stand-alone, however i think you would enjoy it so much more if you treated yourself to reading the other three books in the Homecoming Hearts series. They are also well written and have wonderful story-lines!

Highly recommend reading this romance because you do find love in the journey. It was not just a destination it was getting there that was so wonderful in this story.
Read more
Helpful
Report abuse

R Keebler
5.0 out of 5 stars Great addition to the series
Reviewed in the United States 🇺🇸 on April 19, 2018
Verified Purchase
Trent, ex boy band member, action star, hiding out in his hometown in Wyoming because he slugged a paparazzi. Going home meant facing his moms death and trying to reconnect with his father.

Ashby, who's English, comes to the broken down resort to heal from a relationship that failed a long time ago. When he meets Trent, he only knows him from the poster he had on his wall from his boy band days. They sort of click in an awkward way. Deciding that being friends works for them.

They become closer and feelings start to develop. Ashby insecure from his failed relationship and Trent surprised and confused about his feelings for a man. A wedding brings them closer yet pushes them further apart. Add a no good resort owner, more paparazzi and a lost puppy to the mix and you have a good love story.

I was sad to come to the end of this one. Ashby and Trent tell a good story together. And I am a sucker for a well done, sexy romance. Can be read as a standalone, but why not enjoy all the other boys too?
Read more
One person found this helpful
Helpful
Report abuse

Amy
5.0 out of 5 stars So good!
Reviewed in the United States 🇺🇸 on April 21, 2018
Verified Purchase
I’m absolutely in love with this new to me author. The emotions just fall off the pages, it’s like we have a front row seat to the story. And what a sweet story it is. Mild angst kept me engaged and the chemistry between Trent and Ashby is off the charts. Add in sweet puppies, an adorably nosy housekeeper, a heartbroken widower, and you won’t want to put this lovely tale down. This is one series that I would adore seeing in audio format some day. While it is 4th in the series it can easily be read as a standalone, which I did. I loved the characters and writing style so much however that I immediately purchased the first three. I give this charmer a 5 out of 5.
Read more
Helpful
Report abuse

Voska
4.0 out of 5 stars Loved it!
Reviewed in the United States 🇺🇸 on May 17, 2018
Verified Purchase
The first book I read by this author was Storm in the Men of Hidden Creek series, and I liked it so much that I wanted to read more by this author. So I downloaded Scorch, and right away I fell in love with this series. I really enjoy this author's writing style, and never fails to make me love her characters.

Nevaeh Wright
5.0 out of 5 stars Wow and wow!
Reviewed in the United States 🇺🇸 on May 11, 2018
Verified Purchase
I want to give this book 10 stars, that's how perfect it was. Everything about it was irresistible and well-rounded. It didn't even have spelling mistakes! Not that that's the most important thing I look for in a story, but all the important stuff—the characters, the plot, the emotional arc, etc—were already flawless for me. I am so grateful for discovering this amazing author, and I can't wait to read more of her books.
Read more
Helpful
Report abuse

Lucrecia Graña
4.0 out of 5 stars Steam (Homecoming Hearts Book 4)
Reviewed in the United States 🇺🇸 on August 20, 2018
Verified Purchase
Totally sweet with enough darkness to keep it real.
I loved this, loved reading Ashby and Trent story, with a beautiful, new twist. New for me anyway. Loved it even more cause of it.
And Saint Bernard pups, adorable!

Christie Howell
5.0 out of 5 stars Steam was definitely Steamy.
Reviewed in the United States 🇺🇸 on November 14, 2018
Verified Purchase
Trent and Ashby were just super sweet and steamy from the beginning till the end. I thoroughly enjoyed their story. I loved them. I think I love them this book the most....so far. Next...lol
Read more
Helpful
Report abuse
See all reviews
Report an issue
Does this item contain inappropriate content?
Report
Do you believe that this item violates a copyright?
Report
Does this item contain quality or formatting issues?
Report