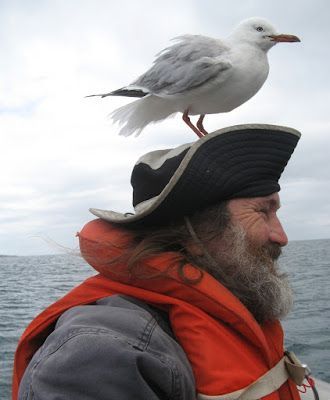 "Delightful… Set in an Australia where it is too hot to go outside during the day, The Steam Mole is something of a love-letter to Freer's adopted country and a whacking good tale."-Otherwhere Gazette

Dave Freer is an ichthyologist turned author. He lives on Flinders Island, between Australia and Tasmania, with his wife, Barbara; four dogs; four cats; and two sons, Paddy and James. His first book, The Forlorn, came out in 1999. He has coauthored novels with Eric Flint and with Mercedes Lackey, as well as written A Mankind Witch and Dragons Ring and various shorter works. Besides working as a fisheries scientist for the Western Cape shark fishery, he has worked as a commercial diver and as a relief chef at several luxury game lodges. His other interests are rock climbing, diving, fly-fishing, fly tying, wine tasting, and the smoking and salting of food. Visit him online at coalfiredcuttlefish.wordpress.com, at www.facebook.com/Freer.Dave, and on Twitter @davefreersf.

Start reading The Steam Mole (Cuttlefish) on your Kindle in under a minute.

Ori Pomerantz
5.0 out of 5 stars Review by Itai, my 11 y.o. son, a member of the target audience
Reviewed in the United States on May 6, 2014
Verified Purchase
Of the two, I personally like The Steam Mole better, mostly because of the basic idea of a steam mole and the fact that it's set in a desert; I like deserts. To be honest, I'm fairly surprised no one has tried to make some sort of steam mole mod for some video game. For example, a steam mole in Minecraft would be extremely useful because half the time you'll be digging in stone. Moving on to Cuttlefish, it's also an extremely good book. Of course, it could be 'cause I really like stealth and stuff like that... Anyway, I also like the fact that you have no idea at the beginning or even toward the end that <spoiler redacted> is the traitor. You'd think he's actually helping Clara, you know? But then he <spoiler redacted>. The best part is, it's RANDOM. I LOVE random twists in books, and I've read plenty, but this is perhaps the most startling one I've read.
Read more
One person found this helpful
Helpful
Comment Report abuse

Virginia E. Demarce
5.0 out of 5 stars Excellent YA adventure
Reviewed in the United States on October 21, 2016
Verified Purchase
I bought it for myself on Kindle, and then ordered a hard-cover for the middle school where I volunteer (to go along with its predecessor, Cuttlefish). It's a refreshing change from the current wave of dystopian YA fiction.
Read more
One person found this helpful
Helpful
Comment Report abuse

Hy D. Tran
5.0 out of 5 stars Very nice continuation to "Cuttlefish"
Reviewed in the United States on April 17, 2013
Verified Purchase
If you read and enjoyed Cuttlefish, you'll definitely like Steam Mole.

Our protagonists run into various forms of prejudice, but work their way through the obstacles, and the day is saved.

If you have not read Cuttlefish, get that first.

Kindle Customer
5.0 out of 5 stars A ripping good yarn.
Reviewed in the United States on December 8, 2013
Verified Purchase
This is an excellent alternate history for young teens, even as an adult I enjoyed this as a guilty pleasure. Without going into the details of this book I felt that it successfully captured attitudes of that era, yet supplied a lot of good old fashioned pluckiness by two young people in the face of overwhelming odds.
Read more
Helpful
Comment Report abuse

Lovey Dovey Books
4.0 out of 5 stars An Underground Adventure for All!
Reviewed in the United States on February 21, 2013
Dave Freer's Cuttlefish laid the perfect foundation to Clara and Tim's story, from their blooming friendship to their dangerous adventure. After many days dodging Duke Malcolm's army, Clara and the other residents of the Cuttlefish have finally made it to the Republic of Westralia. Their journey begins anew in The Steam Mole as they adapt to life on land and all the trials that follow.

What I love about Cuttlefish and The Steam Mole is how consistent Freer remains with the steampunk and science-fiction elements. Clara is no longer confined to an illegal, coal powered submarine, but Freer easily introduces another intricate, and quite important, machine: the steam mole. The steam mole is a central part of the novel that intrigued me because it took the biggest scenes of adventure underground. It's like exploring a whole new world with the same suspenseful aura and complex storyline.

Freer extends our view of Clara's world. With her mother's sudden illness, and the fragile hope that her father is imprisoned nearby, the story's plots and subplots diverge. New characters are thrown into the growing pile of perspectives like Lampy, the young aboriginal with a dark past and bright future. Lampy reminded me of Tim because of their similar backgrounds and temperaments; both know how to survive in the most unlikeliest situations and both are the victims of prejudice based on the color of their skin. This aspect brings a certain cultural awareness that is highly overlooked in young adult literature. That it's found in a steampunk, sci-fi novel is even more of a draw.

While I did enjoy The Steam Mole and it's perfectly pieced together conclusion, I have to say that it wasn't quite the sequel to Cuttlefish that I'd been expecting. By the end of the story I got the impression that the characters were settling in their new lives, not gearing up for a possible future adventure. When the subplots finally converged and the wrongs set right, the outcome felt as though forced. Freer made it too easy and not as nerve-wrecking as the explosive conclusion of Cuttlefish. I really love Clara and Tim, their ability to tough it out is awesome, I'm hoping to find their story continue in another novel. Hopefully, one with just as much action and alternate history!

*Book provided via publisher in exchange for an honest review*

Amazon Customer
5.0 out of 5 stars exciting young adult steampunk thriller
Reviewed in the United States on December 4, 2012
Brother to the king of the British-German Empire, Duke Malcolm sends his minion after Clara Calland and her scientist mom because the latter knows how to manufacture ammonia. While Clara's father lingers in jail in the eastern side of Australia, on the Cuttlefish mother and daughter reach Westralia, a desert part of the continent that the empire prefers to contain not own.

However, the Cuttlefish needs repairs so the Calland duo and the crew are stranded. Whereas the crew obtains work on the underground Steam Moles, Clara and her mother try to persuade the local leadership to buy their manufacturing secret. However, when her mother becomes ill, Clara turns to her boyfriend Tim Barnabas a submariner for help, but he fled due to a racist incident. Meanwhile the nefarious Duke has not given up the pursuit but in fact expanded his plan.

The second Clara Calland alternate historical (see Cuttlefish) is an exciting young adult steampunk thriller starring a brave heroine and a strong support cast in the fully developed Freer world. Although it behooves the audience to read Cuttlefish first to better appreciate what is happening in this realm, fans will relish this entertaining tale.

LaughingLion
5.0 out of 5 stars 1-2 Punch
Reviewed in the United States on December 21, 2012
I reread Cuttlefish the first book in this series, then read two other new books by other top five favorite authors then read Steam Mole. WOW! I didn't think Dave Freer could top Cuttlefish, and then he did.

Clara and Tim are still enormous amounts of fun, and strong, well written characters. The plot points run on rails, and the supporting cast is divine.