The Steep and Thorny Way and millions of other books are available for Amazon Kindle. Learn more
Share <Embed> 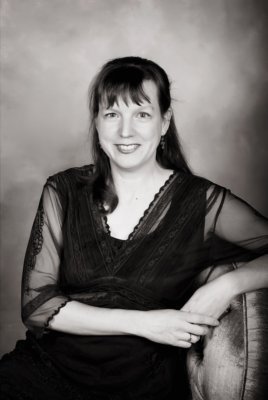 by Cat Winters (Author)
4.5 out of 5 stars 65 ratings
See all formats and editions
Sorry, there was a problem loading this page. Try again.
Read more Read less
Previous page
Next page

Cat Winters is the author of the critically acclaimed young adult novels The Steep and Thorny Way, The Cure for Dreaming, and In the Shadow of Blackbirds, the latter of which collected three starred reviews and was a William C. Morris Award YA Debut Award finalist. She lives in Portland, Oregon. Visit the author at catwinters.com.

Start reading The Steep and Thorny Way on your Kindle in under a minute.

4.5 out of 5 stars
4.5 out of 5
65 global ratings
How are ratings calculated?
To calculate the overall star rating and percentage breakdown by star, we don’t use a simple average. Instead, our system considers things like how recent a review is and if the reviewer bought the item on Amazon. It also analyzes reviews to verify trustworthiness.
Top reviews

YA Librarian
3.0 out of 5 stars There is too much going on
Reviewed in the United States on April 26, 2016
Verified Purchase
Let me first say that I have liked Ms. Winters previous YA books, however her last adult book didn't awe me as I hoped it would. I pushed it aside and was looking forward to this one.

However, when I started reading it I wasn't at all interested in this book and there is one big reason why: There is too much going on. We have a biracial girl, homosexuality, the KKK, prohibition, eugenics, a murder, a ghost, the kitchen sink...did I forget anything? I dunno. The idea of a biracial girl in the 1920s was very interesting to me and if we could deal with maybe the KKK and the murder I would have been fine...but then other things were thrown in, things I just didn't care about. Then we have 18 characters. Ugh, my head is still spinning. The good news is at least there is a summary of them all on the first page. And I'm over the ghost thing. It didn't need to be in the book at all.

I plowed through the book until page 160 and then ditched it. This and her previous book failed to catch my attention. Its sad because Blackbirds was an outstanding book....simply amazing. Perhaps in this case less is more and some of the topics should have been saved for another book.
Read more
4 people found this helpful
Helpful
Report abuse

Paige
5.0 out of 5 stars One of my favorites of 2016
Reviewed in the United States on June 21, 2016
Verified Purchase
See more of my reviews on The YA Kitten! Though the publisher provided me with an eARC for review, my review is of the finished book. I had to buy a print copy because the photographs in the ebook file overwhelmed both my laptop and my Nook.

Diversity Rating: 4 – This is Our World
Racial-Ethnic: 5 (Hanalee is the biracial daughter of a black man and a white woman; her identity is central to the story)
QUILTBAG: 5 (Joe’s identity as a gay man is also central to the story)
Disability: 0 (Hanalee’s dad has a telltale limp as a ghost, but that’s it)
Intersectionality: 4 (between them, Hanalee and Joe say a lot about race and sexuality that’s still relevant today)

I just… What am I supposed to say? This novel is brilliant! I’ve been on the outs with YA historical novels lately for a variety of reasons and my history with Cat Winters’s YA novels didn’t create high expectations, but The Steep and Thorny Way completely blew me away! It’s what every historical YA novel should be. Let’s just get on with it.

Winters creates a vivid setting with Elston, Oregon and plants some incredible characters here as well. Hanalee, our Hamlet figure, is a though young woman and her anger is palpable whether it’s due to living in a racist town as a biracial girl or uncovering what really happened to her father. Her partner in crime/investigating Joe is just as well-written and challenges her when she needs it, such as when she needs to learn how much it sucks to be a gay man. The pair work well together as an investigative team trying to solve the mystery of Hanalee’s father’s real cause of death.

If you want a straight retelling of Hamlet, the novel isn’t going to give you one. The parallels are clear, but the story is its own creation. It simply builds from Shakespeare’s legendary play and becomes its own creature. As fun as straight retellings can be, it’s incredible when a book mixes the classic and the original well. Toward the second half of the novel, the story starts treading new territory and only gets better from there.

A great deal of YA historical novels are set in Victorian times or during World War II. Those stories are valid but can get a little boring after a while. That’s part of the reason The Steep and Thorny Way is so wonderful: it takes readers to a time and place they likely knew nothing about before and teaches them about that time/place without being didactic. Instead, it’s surprising at every turn and may make a future historian out of some readers. The systemic sterilization of gay men in the prison system, how much influence the Ku Klux Klan had in 1920s Oregon, and more were things I had no idea about and I consider myself a history buff!

Basically, if you want to be surprised and presented with something you know nothing about, The Steep and Thorny Way is an excellent bet. If all my talk seems rambling and nonsensical, it’s because putting words to a book this incredible is difficult. I’d rather shove the book in your face and make you experience the story for yourself.

For once, I’ve kept it short and sweet. Now quit wasting time here and go buy your own copy of The Steep and Thorny Way! This is what historical YA novels should aspire to be. Anyone who wants to write such a novel should read this as research, but I’m going to recommend this to anyone. (I recommend getting a print copy, however. Though I got an ebook of it for review, I had to purchase a print copy because the image-heavy ebook kept crashing both my laptop and my Nook. Now I regret nothing.)
Read more
Helpful
Report abuse

Susan Catlett
5.0 out of 5 stars YA Winner
Reviewed in the United States on November 14, 2017
Verified Purchase
In The steep and thorny way, Cat Winters has created a stunning portrayal of 1920s Oregon that reflects the diversity and complexity of the American experience. As a modern twist on Hamlet, Winters succeeds in conveying a murder mystery, love story, and supernatural tale set against a historically accurate background of racism, homophobia, and Prohibition bootlegging. The compelling, complex characters make this a hauntingly beautiful story that will enrich anyone who reads it.
Read more
Helpful
Report abuse

BookDevour
5.0 out of 5 stars Awesome read
Reviewed in the United States on July 17, 2018
Verified Purchase
I devoured this book because it was a really great read with a few twists and turns. What drew me in and may keep me coming back is the outstanding character development by the author.
Read more
Helpful
Report abuse

Angie
5.0 out of 5 stars A Moving Novel
Reviewed in the United States on August 4, 2017
Verified Purchase
Another great novel by Cat Winters, but I believe this is her best historical fiction yet. I absolutely loved this and appreciated the story. I loved the characters and the friendship in the story and the ending of the novel as well. Bravo!
Read more
Helpful
Report abuse

John Eft
5.0 out of 5 stars Gripping Social History
Reviewed in the United States on March 15, 2021
Verified Purchase
This book is near the top of my recommended list, especially, but not exclusively, for Oregonians. Why is Oregon so homogeneous (white) even today? This book brings it home in a very personal way.
Read more
Helpful
Report abuse

rusty stephan
5.0 out of 5 stars Pretty good
Reviewed in the United States on September 2, 2018
Verified Purchase
Good book had to read it for school but actually enjoyed it
I usual don't like books but there was something different about this on
Read more
One person found this helpful
Helpful
Report abuse
See all reviews