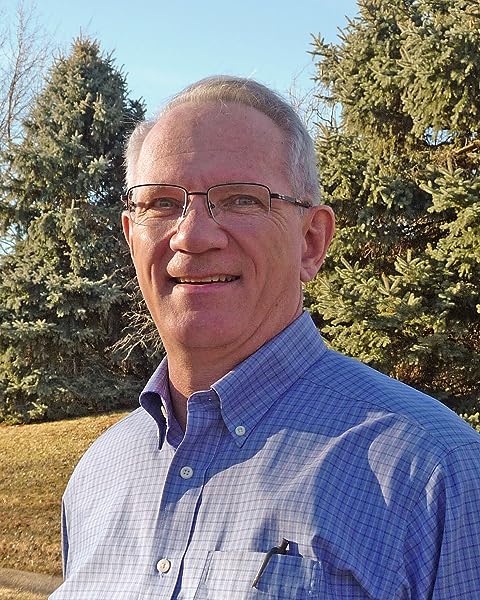 A Step Ahead of Death: A Jack Sharp Novel (The Jack Sharp Series) Paperback – March 1, 2016

by Scott McPherson (Author)
4.3 out of 5 stars 8 ratings
See all formats and editions
Sorry, there was a problem loading this page. Try again.

Books with Buzz
Discover the latest buzz-worthy books, from mysteries and romance to humor and nonfiction. Explore more
Tell the Publisher!
I'd like to read this book on Kindle

T.L.W
5.0 out of 5 stars A STEP AHEAD OF DEATH
Reviewed in the United States on June 29, 2019
Verified Purchase
I thought this to be an interesting book at a brisk pace. I love Jack. He is starting to feel like family! I was attracted to this author bc of his Godliness. and medical experience. The storyline was great and I appreciate the clean read & that its available thru KINDLE UNLIMITED. Only one more book left in the series?
Read more
Helpful
Report abuse

SMH
4.0 out of 5 stars Good read
Reviewed in the United States on December 21, 2014
Verified Purchase
Intriguing. The characters were believable and the story solid.
Read more
Helpful
Report abuse

sally
3.0 out of 5 stars Not for me.
Reviewed in the United States on May 30, 2016
Verified Purchase
The story line was good and held my attention. However all the religious references turned me off big time. I felt like the author was proselytizing. I would not read another book in this series for that reason.
Read more
One person found this helpful
Helpful
Report abuse

jyh
5.0 out of 5 stars Awesome book
Reviewed in the United States on November 24, 2012
Verified Purchase
this book is a mix of morals, mystery and emotions. I liked it. I have and will recommended it to others.
Read more
Helpful
Report abuse

Amazon Customer
5.0 out of 5 stars Great read - you won't want to put it down!
Reviewed in the United States on October 28, 2015
I really enjoyed this book! It has a well developed plot with some great twists. The characters really come to life and you definitely get immersed in their lives once you start reading. Once I started, I didn't want to stop until I was done! Make sure you read the others in the series.
Read more
Helpful
Report abuse

Virginia Richardson
5.0 out of 5 stars Very good reading
Reviewed in the United States on September 10, 2014
Very interesting reading. A book you want to just keep reading, and hard to put down.
Read more
Helpful
Report abuse
See all reviews
Back to top
Get to Know Us
Make Money with Us
Amazon Payment Products
Let Us Help You
EnglishChoose a language for shopping. United StatesChoose a country/region for shopping.
© 1996-2021, Amazon.com, Inc. or its affiliates