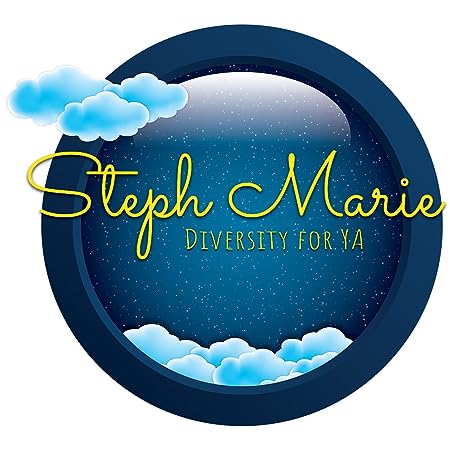 Steph Marie is a proud mom of two teenage daughters and her pup. She’s always had a love for words and what they can do, their ability to create and transform life. She’s shared her words and stories with people in her immediate life, but never considered writing and publishing Young Adult until her oldest daughter said she wished all teens had the ability to sit around her kitchen table and talk. That night a series was born, and characters haven’t stopped popping up in her head wanting their story told yet. Her favorite things in life outside of her family are a huge cup of coffee, a blanket to snuggle under, and a delicious piece of cake—if you’re nice, she’ll even share. 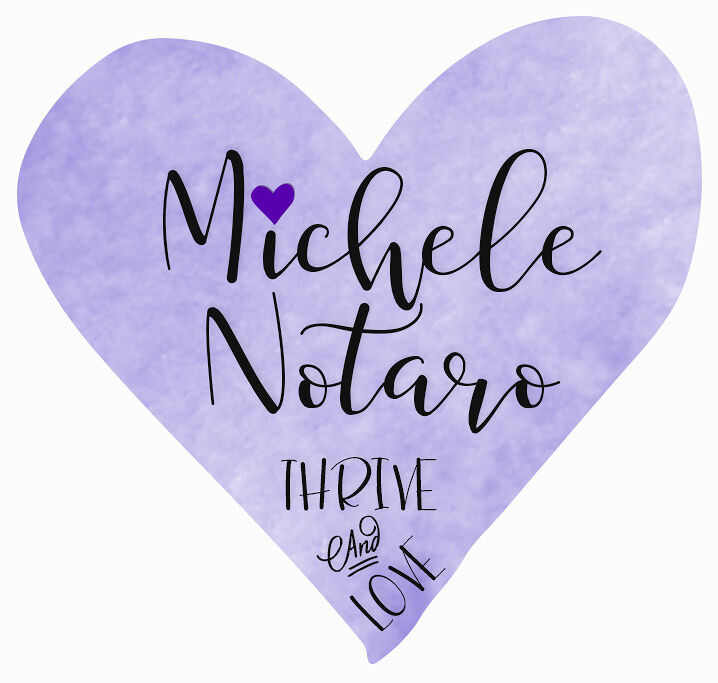 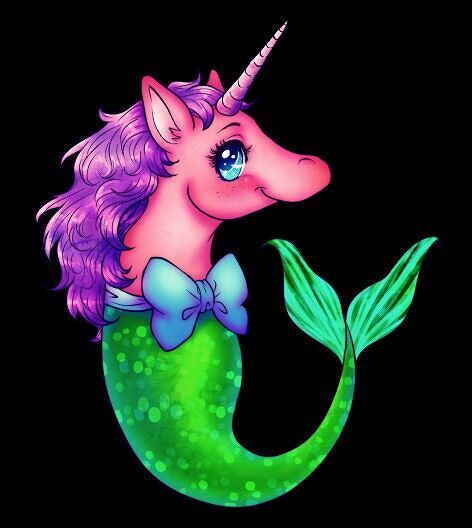 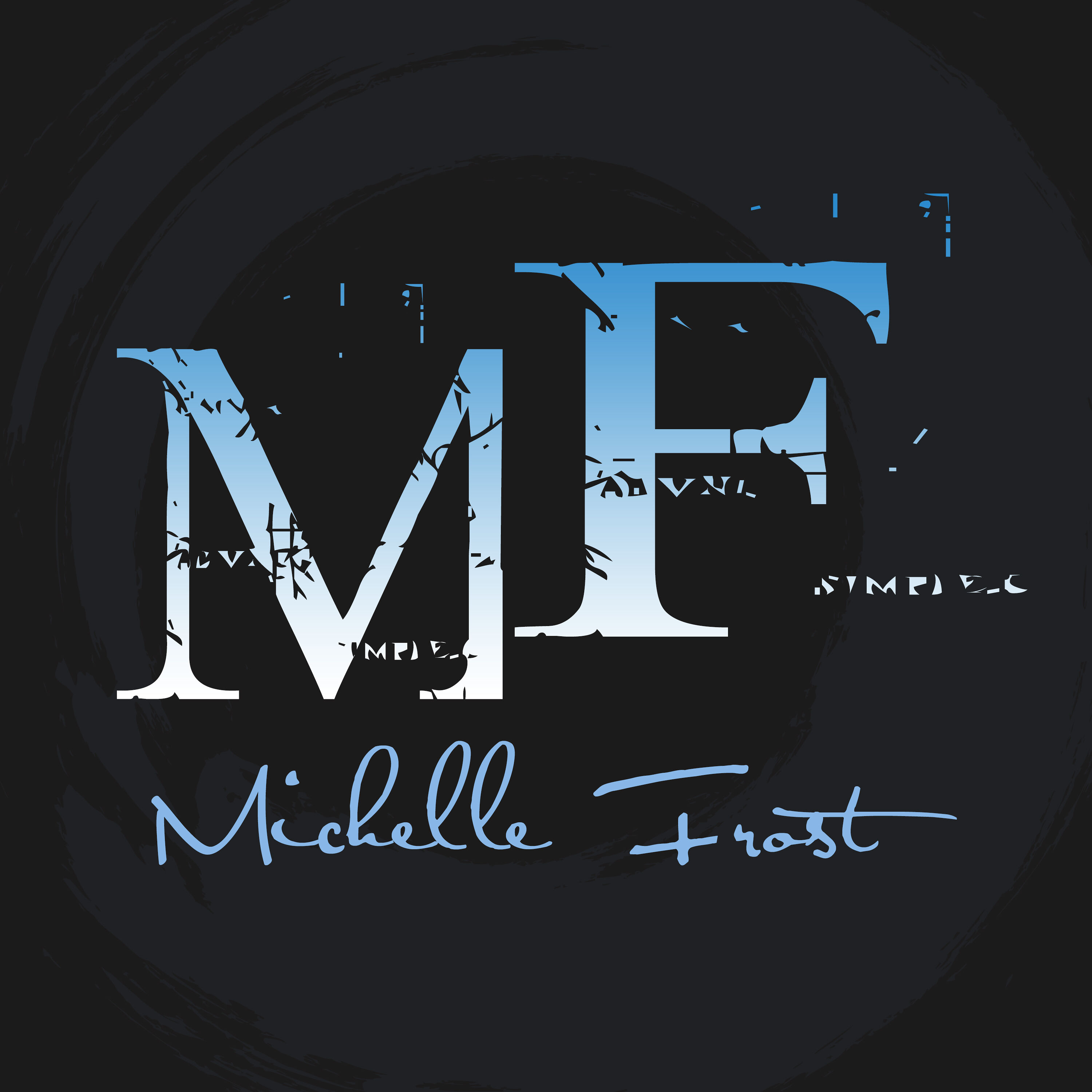 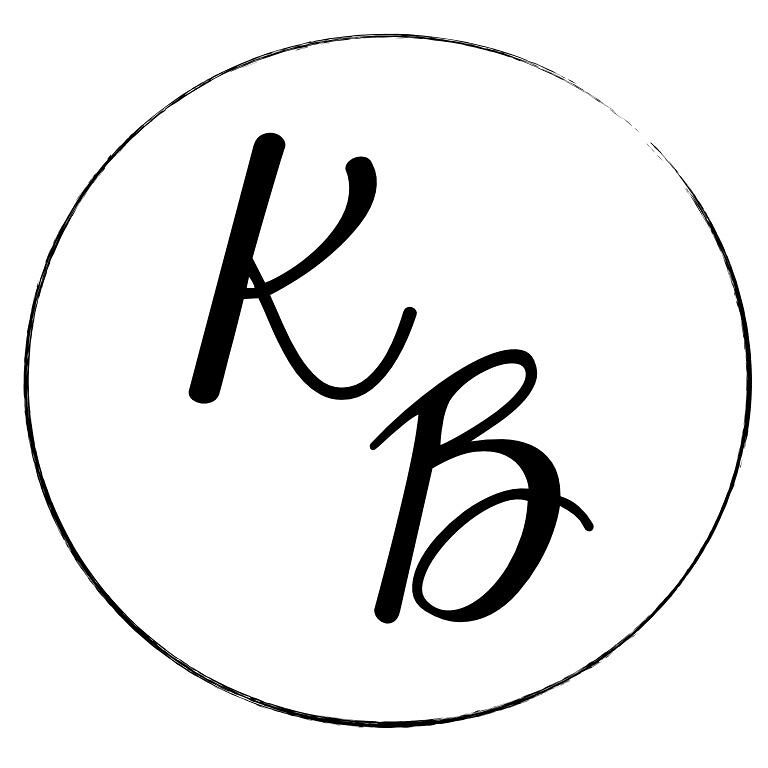 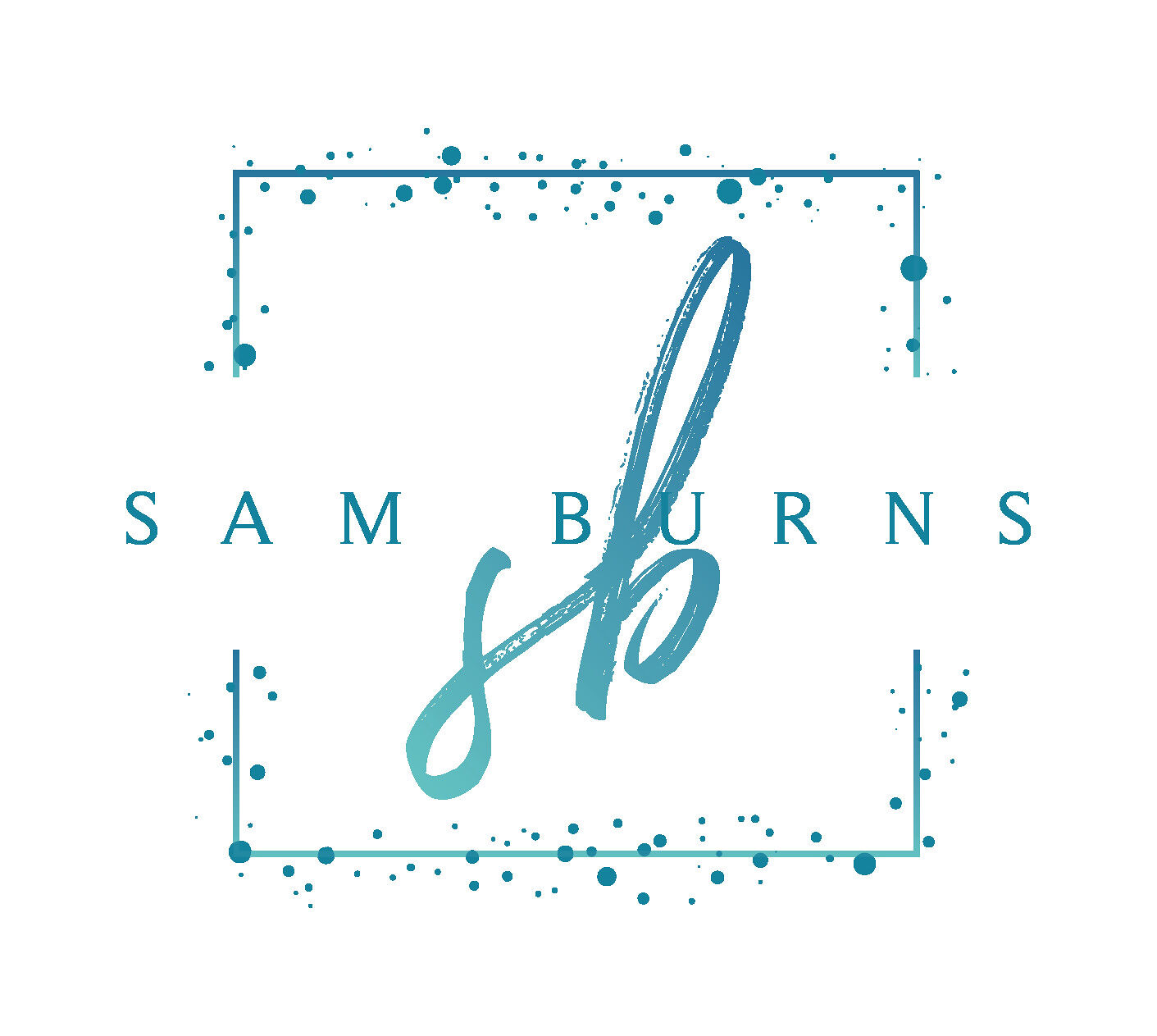 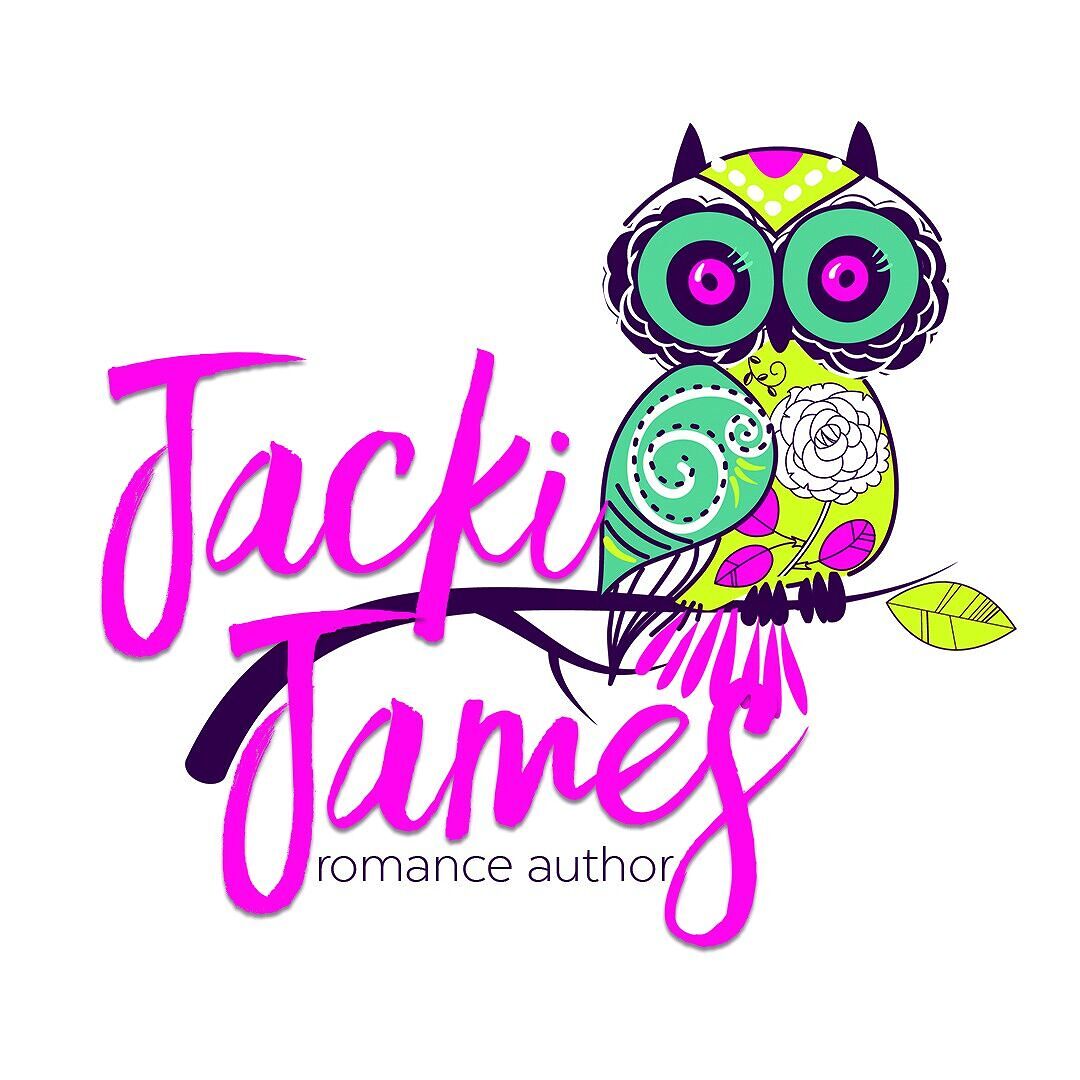 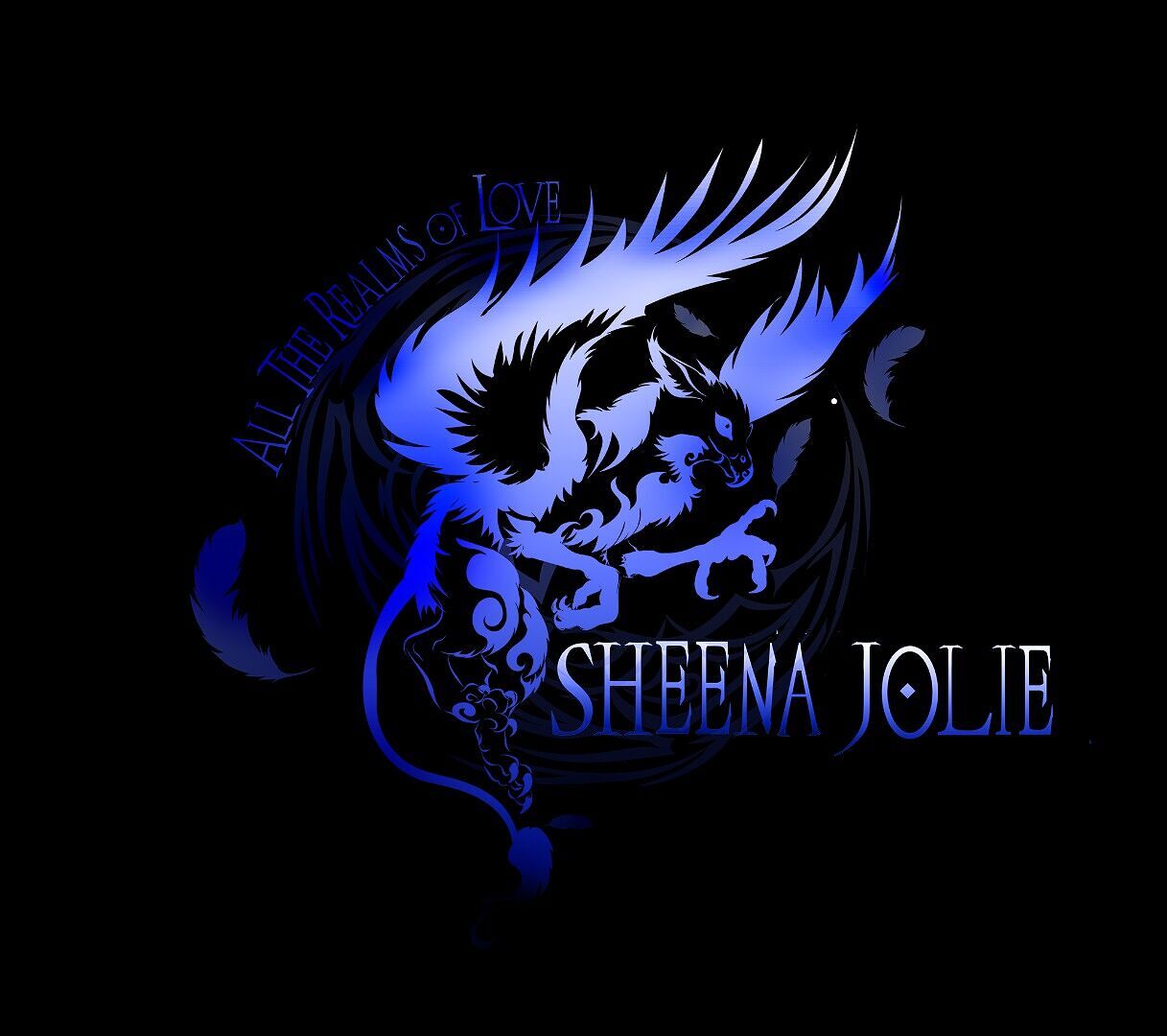 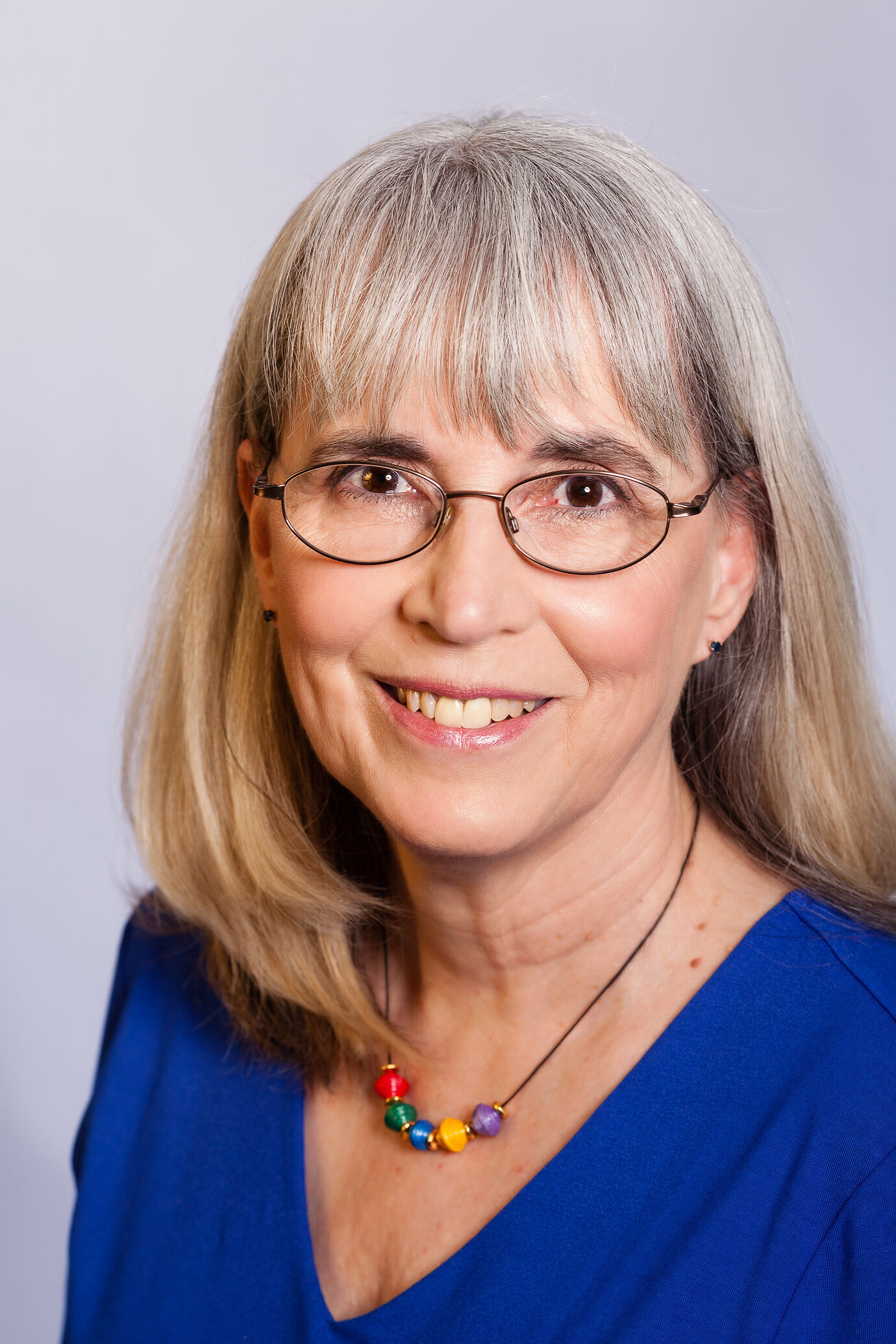 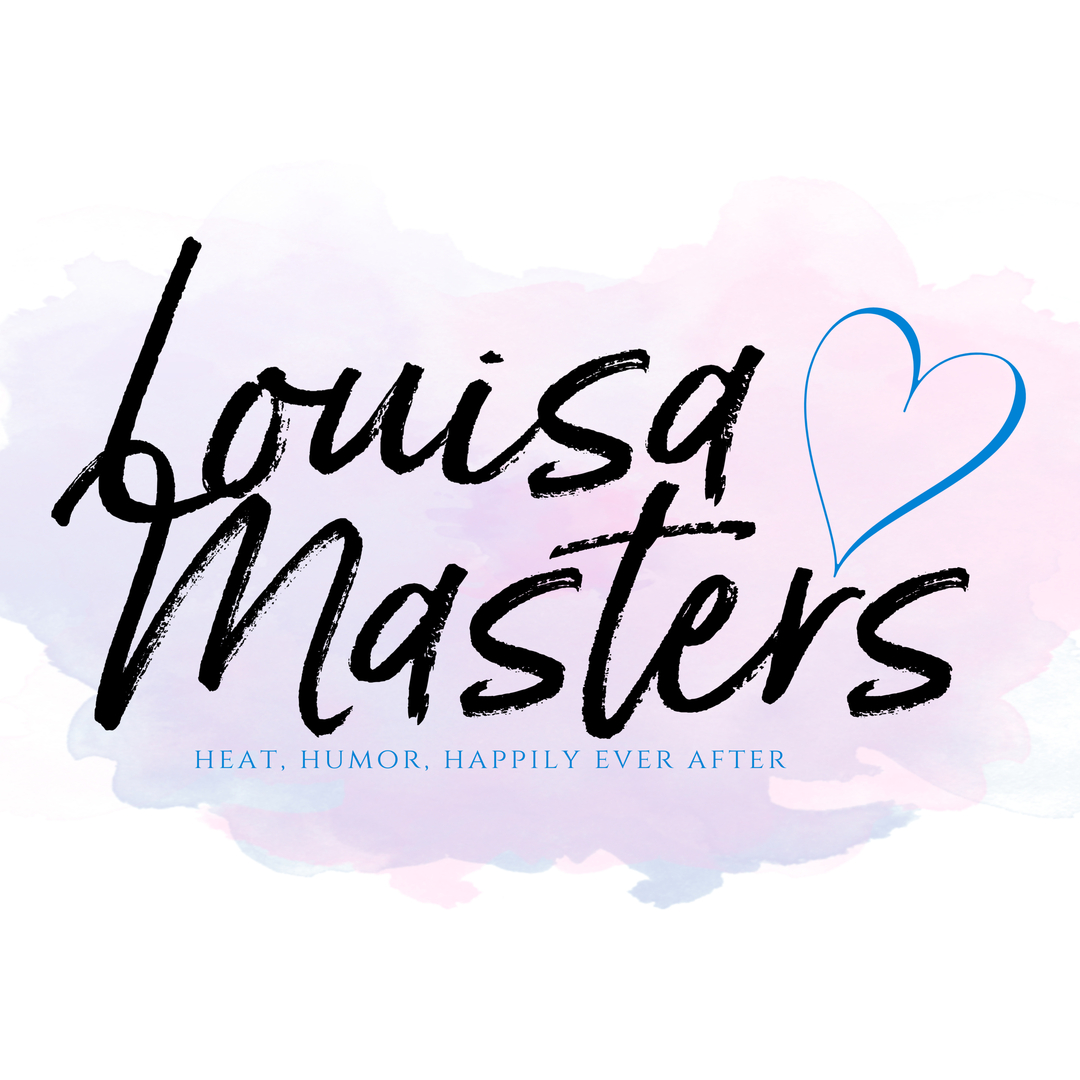 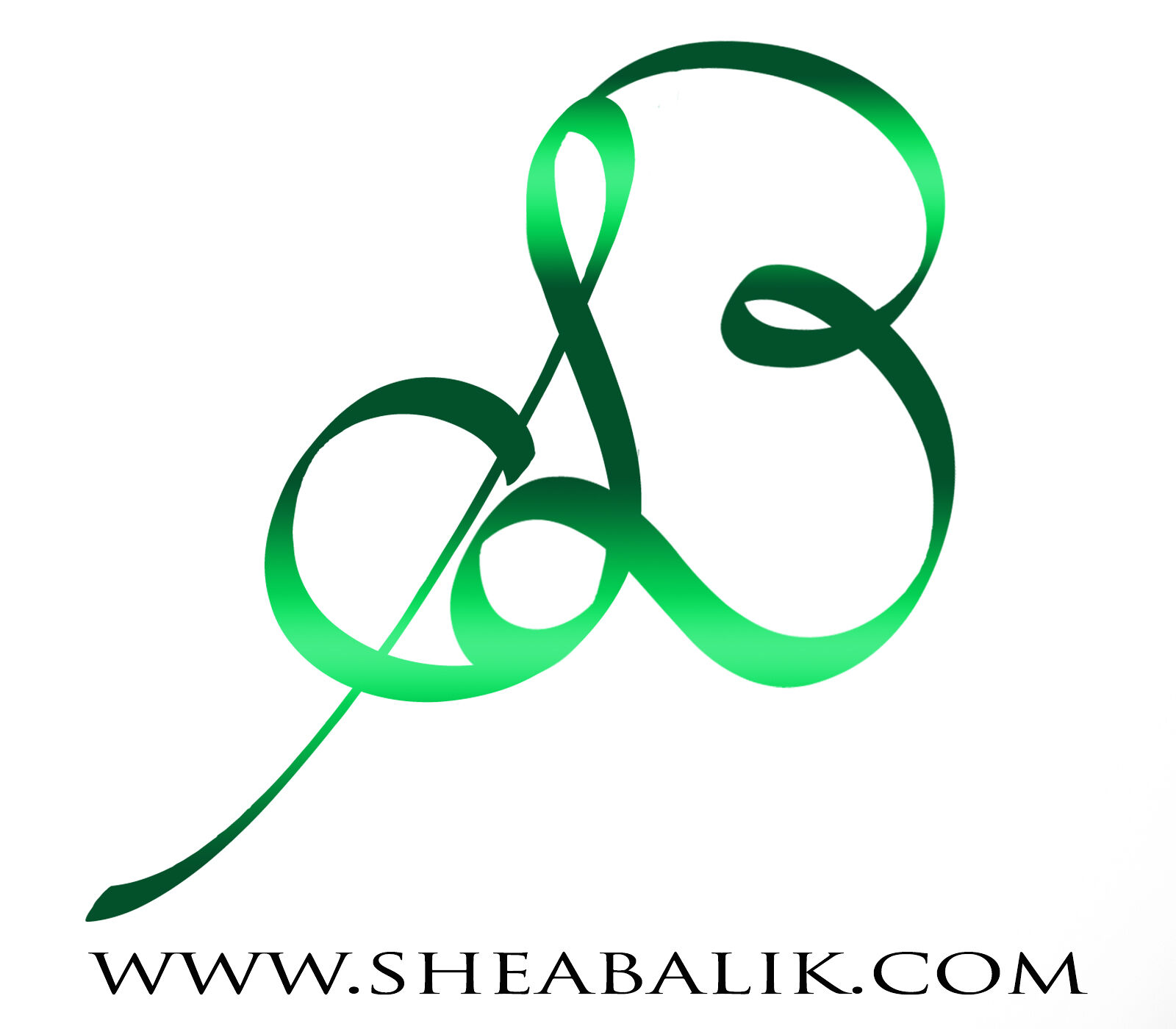 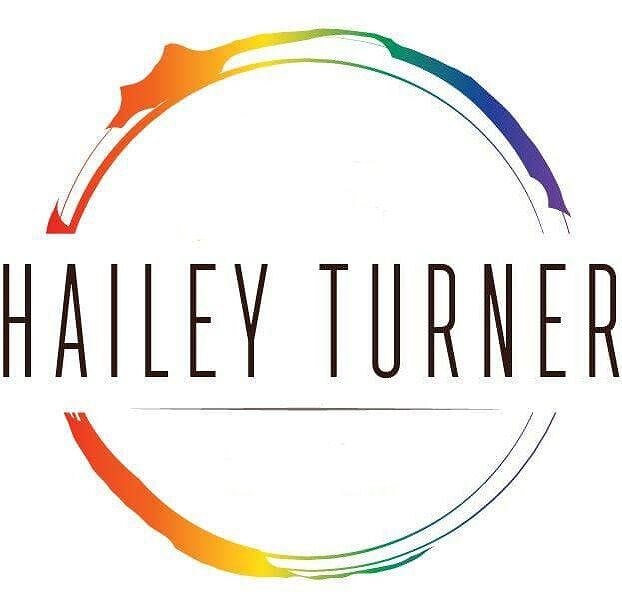 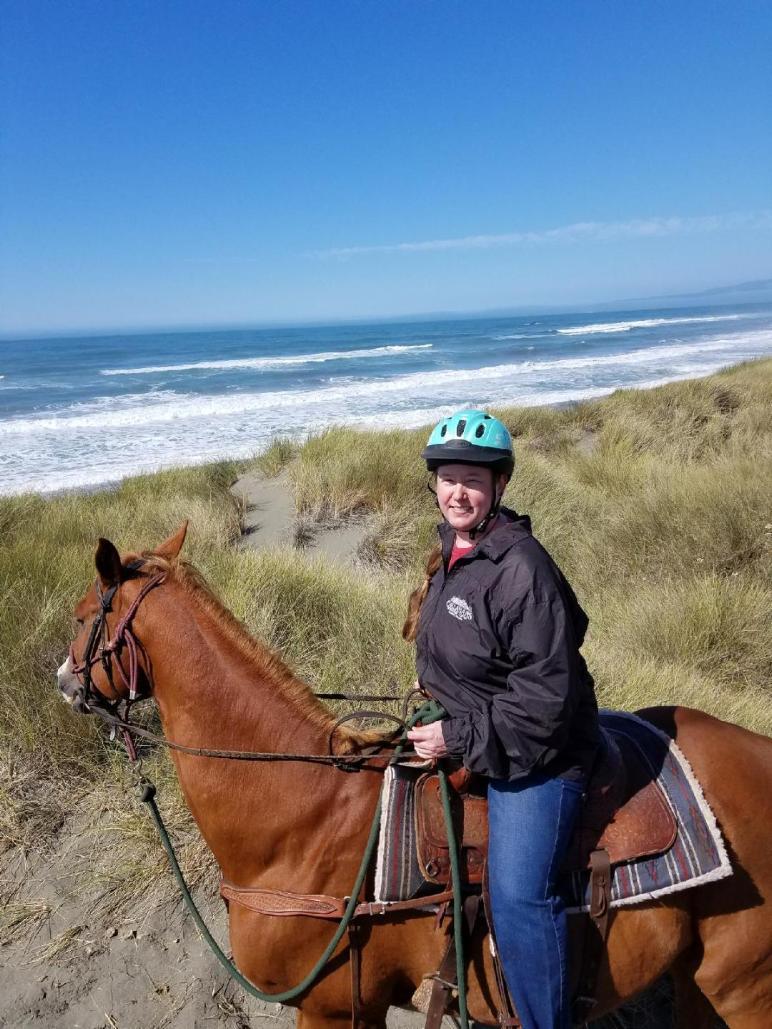 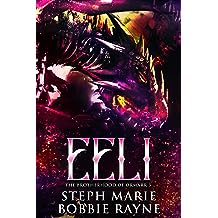 I’ve been training my entire life for this; I need to be the best, the best fighter, the best dragon rider in the entire brotherhood. This is what I was born for. The only problem is that my bonded dragon, Bodhi, and I can’t seem to get it together. One minute I think we’re connecting properly, and the next she’s taking off, leading me to the one guy I don’t want to know: Slash. He’s basically the opposite of me in every way, and I don’t get why he’s suddenly everywhere I turn, but I can’t deny how he makes me feel when he looks at me.

Three years ago my sister and I had to come to a new town and started new schools without our parents’ unconditional love and support. My uncle’s an uncaring drunk, so I’m doing the best I can to keep us both clothed and fed with only an after school job. If I didn’t have her to live for, the loneliness would be excruciating. Now, with only a few months until graduation, I’ve suddenly made a friend because of my sister, and another guy keeps stumbling into me who I think needs help: Eeli. I don’t understand why no one else sees how oddly he’s behaving, but I can’t deny my attraction for him is growing with every mishap.

Eeli is the third book in The Brotherhood of Ormarr series. While each book focuses on a different couple, the overall story arc continues in the next installment. For maximum enjoyment, we suggest reading in order. Eeli is a m/m NA romance, and is recommended for adults 18 years and older. 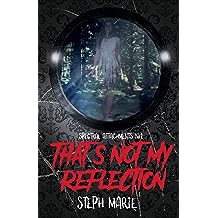 That's Not My Reflection (Spectral Attachments Book 1) Oct 6, 2018
by Steph Marie
( 13 )
$2.99
I’ve always been able to see the shapes and feel the energy of the things that go bump in the night. So as excited as I am when my grandma gives me the antique mirror from her vanity that I’ve always admired, I’m not sure I want the ghost that comes in it. That is until Fiona becomes the best friend I’ve ever had.


When Ward Heldman, the biggest jerk in school, walks by one day and visibly reacts to Fiona’s face, I know he sees her. I’m the only person I know who sees beyond the grave, and as much as I’d like to talk to Ward about it, I’m scared he’ll be able to tell I have a crush on him and beat me up.

My life changes the day Ward approaches me. Fiona senses something trying to attach to him and says we must help him. While she’s busy trying to make me get close to him, I resist. It’s not the evil energy I feel surrounding Ward that scares me, it’s the way he’s starting to look at me. 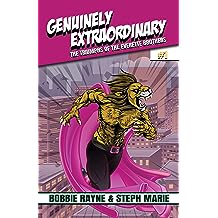 Genuinely Extraordinary: The Triumphs of the Everette Brothers #1 Dec 2, 2018
by Bobbie Rayne, Steph Marie
( 25 )
$4.99
Lando~
I’ve known I was different from other boys since I was really young. Strange looks and even cruel words are thrown my way nearly every day, and I deal with it, or at least I try to. I’ve done my best to keep my younger brother out of it so he won’t be hurt by my choices; I’ve kept him at a distance since we started high school, but I really miss him. And now that a cute boy—okay, not just a cute boy, the cutest boy—is being nice to me, I think I might need my brother back.

Reilly~
My big brother is the coolest guy I know. He doesn’t care what anyone says, doing his own thing with his own flair. Not only is he courageous, but he’s an amazing artist, especially with the comic book he’s been creating for years. The only thing I hate is that he doesn’t talk to our dad, and no one will tell me why. I thought everything was great for both of us, but lately, I’m noticing that something isn’t quite right. When he starts hanging out with Milo, I’m really happy for him until Milo accuses me of not protecting my brother. It’s time to find out what I’m missing.

The Triumphs of the Everette Brothers follows Lando, Reilly, and all their friends on their journey through high school, first loves, and the ups and downs of growing up. 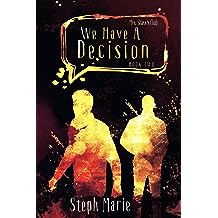 We Have A Decision: Mrs. Shaw's Club Book Two May 29, 2018
by Steph Marie
( 23 )
$2.99
High school freshman, Danny Burns, loves life, art, and boys. From the outside, he looks like a happy-go-lucky guy with no concerns. He blows off the bullies and he’s an amazing friend. What people don’t know is that he’s had a boyfriend since the summer, and when Danny decides being a secret isn’t enough for him and tries to end it, it’s not as easy as he expects.

High school freshman, Noah Glass, thinks he knows exactly who he is, what he wants, and where he’s going. Unfortunately, when the strict religious rules he’s grown-up with don’t line up with him being able to have friendships with people he cares about, he begins to question his own beliefs.

Guidance Counselor, Mrs. Shaw, formed a special club forty years ago. Each year, she handpicks twelve students to participate, but no one knows what they talk about, and former students never tell.

Danny and Noah are two of the chosen this year. When Mrs. Shaw partners them up, their lives begin to alter in ways that they couldn’t have imagined. While Danny is confronted with a stalking ex, Noah begins to question his values. As their friendship grows within the nurturing circle of Club Shaw, will that foundation be enough to get them through the troubles ahead? Will Noah be strong enough to set aside his preconceived notions and be there for Danny? Will Danny trust in Noah’s friendship and strength to help him move on from his ex to give the new guy Noah introduces him to a chance?

This is book two in the Mrs. Shaw's Club series. We’ll continue to get glimpses into the lives of the students, and with each book, we’ll see a romance bloom. This is a standalone, but more fun if you watch them all grow together through the year. 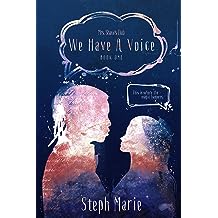 We Have A Voice: Mrs. Shaw's Club Feb 20, 2018
by Steph Marie
( 20 )
$2.99
High school sophomore, Dante Leonard, is a star athlete, and loved by the school. From the outside, he looks like he has the perfect life, but his dad is overbearing and relentless in his desire to see Dante succeed in football.

High school freshman, Jasmine Lotts, is friends with the "cool kids". Unfortunately, she doesn’t feel like her life is her own, and she’s overwhelmed by her mom’s constant presence.

Guidance Counselor, Mrs. Shaw, formed a special club forty years ago. Each year, she handpicks twelve students to participate, but no one knows what they talk about, and former students never tell.

Dante and Jasmine are two of the chosen this year. When Mrs. Shaw partners them up, their lives begin to alter in ways that they couldn’t have imagined. While Jasmine is confronted with discrimination, Dante begins to question his future. As friendships begin to build within Club Shaw, and trust is established, will it be enough to help these two find their voice?
Can Mrs. Shaw help them to believe in magic?

This is book one in the Mrs. Shaw's Club series. Here we meet all twelve students for this school year, begin to see glimpses into their lives, and hear their stories.