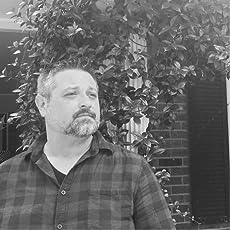 A lifelong resident of the Deep South, he spent his formative years reading the likes of William Faulkner and Flannery O'Connor, dreaming of escaping to far-flung corners of the United States. As he grew older, he learned to love where he came from and appreciate the colorful, eccentric kaleidoscope that is his home.

His fiction embraces the Southern Gothic with touches of the supernatural. Understanding that storytelling is an artificial, sometimes farcical act, he often leans against the fourth wall without breaking it. He enjoys taking his characters to the brink of human suffering but always with a sardonic grin.

After all, if you don't find the humor in nihilism, what are you going to laugh at?
Read more 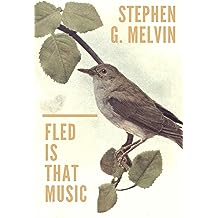 Fled Is That Music Jun 29, 2018
by Stephen G. Melvin
$0.99
Trapped by an overbearing husband, a loveless marriage, and a forced life as a homemaker, Renata plies her crafts—weaving, knitting, quilting—as a respite from her world. As she sits at the window of her newly purchased Victorian home, hands busy with the fabric, she notices Ian Baylor, her charming neighbor, poring over the books in his study. Then, he notices her.

Set in 2002, Melvin’s readers will recognize an earlier iteration of Renata (“A Shaken Shadow”) in this narrative. A contemporary retelling of a 12th-century Breton lai by Marie de France, “Fled Is That Music” is a modern-day story of courtly love.
Read more 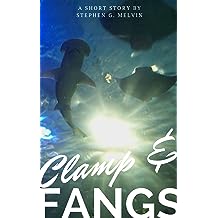 Clamp & Fangs Jun 28, 2018
by Stephen G. Melvin
$0.99
Writer Douglas Irving is still dallying over his next manuscript, which he wants to set in the Caribbean. When he gets an opportunity to cage dive with sharks off the coast of Key West, he decides to call it research. On a boat christened The Pike, his best friend Addie and an ichthyologist nicknamed Jazz in tow, they will plumb the depths, exploring a dazzling but dangerous wonderland that just may teach them a little something about life on the surface.

Both Irv and Robin Vogelsang (“Amorous Birds of Prey”) reappear in this meditation about the natural world, love, and the scars that mark us all.
Read more 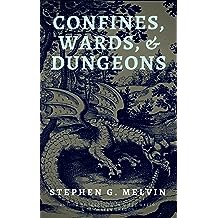 Confines, Wards, & Dungeons Jan 8, 2018
by Stephen G. Melvin
( 1 )
$0.99
Valentino Mahoney hasn't been sleeping. His insomnia has less to do with his demotion from reporter to copy editor or now working the graveyard shift and more to do with the haunting dreams. Alongside his loyal colleague Darnell and the eccentric alchemist Lyryc, while summoned demons close in on him, Valentino begins to unravel a web of the city's most powerful families and their ties to a satanic cult.
Read more 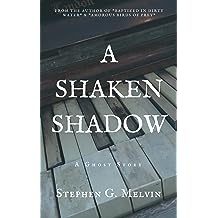 A Shaken Shadow: A Ghost Story Oct 19, 2017
by Stephen G. Melvin
$0.99
“Everyone from my friends to my therapist tells me Callie’s suicide wasn’t my fault. They don’t know about the contents of her note or my raging alcoholism or the numerous affairs. They don’t know that every time I feel a moment of peace or a twinge of happiness, her ghost appears to remind me where the blame lies.”
Read more 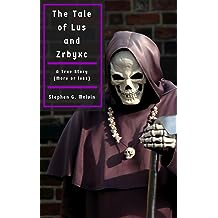 The Tale of Lus and Zrbxyc: A True Story (More or Less) Sep 28, 2017
by Stephen G. Melvin
( 2 )
$0.99
Fifteen years ago, the author and two of his friends engaged in an evening of amateur ghost hunting. Equipped with a homemade Ouija board and using an upturned wine glass as a planchette, they communed with two entities. At first, it was a pleasant--albeit poorly spelled--conversation. Then the evening took an ominous turn ...
Read more 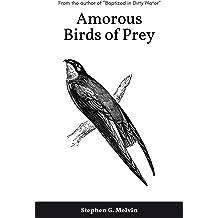 Amorous Birds of Prey Sep 25, 2017
by Stephen G. Melvin
( 2 )
$0.99
After leaving his estranged wife 1400 miles away to accept a position as an instructor in an MFA program, things are looking up for Irv. He loves his new city, campus, students. He's even smitten with Dr. Robin Adler, a charming, awkwardly sexy ornithologist. All he has to worry about is keeping their liaison a secret from her husband.
Read more 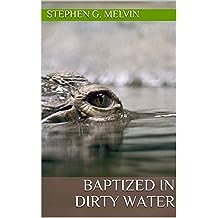 Baptized in Dirty Water Aug 27, 2017
by Stephen G. Melvin
( 2 )
$0.99
Nearly three decades after the fact, Warren reflects on the eventful day he had planned to lose his virginity, recalling it in vivid detail: the Presidential motorcade, the tropical storm, the deluge, and--most importantly--The Indomitable Biloxi Bertha, Gator 'Rassler.
Read more 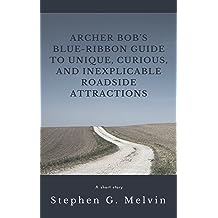 Archer Bob’s Blue-Ribbon Guide to Unique, Curious, and Inexplicable Roadside Attractions Aug 5, 2017
by Stephen G. Melvin
( 2 )
$0.99
On a whim, three indolent friends decide to tear out across the country and visit the attractions they've read about in an old tour guide. When they pick up a strange hitchhiker outside of Texas, however, their joyride takes a dark turn.
Read more