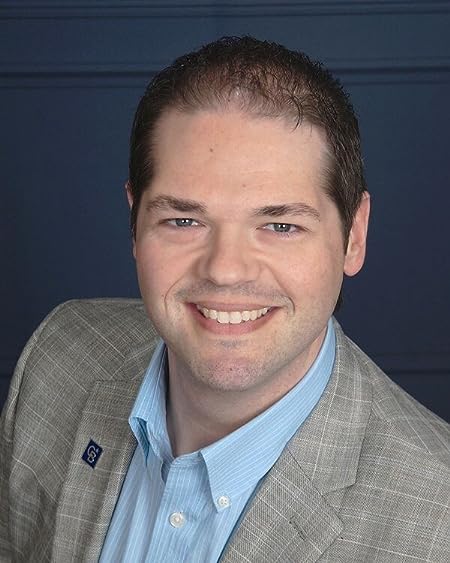 Stephen Meadows is an accomplished sales professional with a stellar career beginning in 2001 that includes: managing, training, and mentoring sales professionals. Entering the real estate industry at the age of 18, he quickly realized how building a strong network would help him succeed. At age 20, he was honored as REALTOR-of-the-Year for his local Association of REALTORS. A year later, he was managing a branch office for a local firm. In 2006, Stephen relocated to Nashville, TN, where he continued excelling in sales. In 2009, he was a Semi-finalist for the REALTOR Magazine “30 Under 30” competition, a first for his company of over 700 agents.

Throughout his career, Stephen has been focused on education and the betterment of his peers. He has earned multiple real estate designations such as: CRS, ABR, GRI, and SFR. Even after leaving real estate sales, he continued a commitment to excellence in education by writing and teaching several continuing education classes.

Stephen believes whole-heartedly in the power of networking, in the concept of being a resource to others, and giving more than you get. His ultimate goal is to help salespeople from all walks of life build their business through personal relationships. Stephen has been quoted saying, “Networking is in my very blood. I wouldn’t be where I am today, if not for the relationships I have built along the way.” His passion is apparent in everything he does. It’s a passion to teach. It’s a passion to mentor. It’s a passion to raise the bar of professionalism in sales. It is that very passion that infects all those around Stephen and helps them to be better at what they do best! 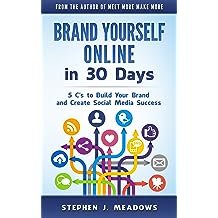 Brand Yourself Online in 30 Days: 5 C’s to Build Your Brand and Create Social Media Success

Read this book for FREE with Kindle Unlimited!

Are you struggling to build an online brand?

Does social media success seem out of your reach?

Are you frustrated about how to get people to notice you on social media?

If you answered “YES” to any of these questions, this book is for you!! This is not a book of theories and jargon. It’s book that will show you practical ways to brand yourself on social media and create engagements that can turn into sales!!

Here's some of what you'll learn in this book...

Plus, much, much more!

If you want to brand yourself online in 30 days and get a better grasp on social media, then download this book NOW! 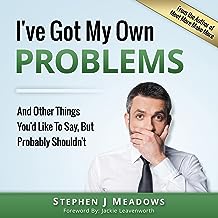 A Salesperson's Guide to Tact

Tact is something every salesperson needs in order to survive. There are countless times when what you WANT to say is at odds with what you SHOULD say.

I’ve Got My Own Problems is dedicated to the times when you need to stop and think about how to phrase a proper response.

Inspired by years of sales experience, Stephen Meadows brings real-world examples to life with humor and practicality. Sure to keep you entertained while teaching valuable lessons that can help you navigate the sales realm, I’ve Got My Own Problems is like having a conversation with a fellow salesperson. 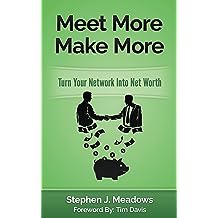 No Frills! No Formulas! Just Fundamentals!

It doesn’t matter if you are just starting out in sales or consider yourself an old pro; Meet More Make More has something for you! It is a no-nonsense guide to building an effective and productive network of loyal customers, strategic partners, and raving fans. The principles are simple to understand and easy to implement. Meet

Even if you only incorporate one new idea into your business plan, Meet More Make More will prove its worth. You will see how fun and easy it is to meet new people, to add value by being a resource, and to give more than you get. Don’t get bogged down with needless maxims and multi-step programs. 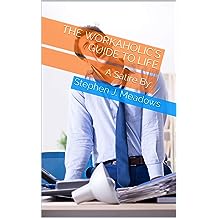 A Definitive Guide for Workaholics!

Workaholics make the world go round but we are often misunderstood and underappreciated!

Do your friends and family ever:

If these issues sound familiar, you need this book! Learn valuable tips to keep work at the forefront of any situation! After all, if we all worked 9-to-5 jobs, nothing would get done! 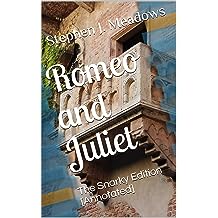 If you answered YES to any of these questions, this book is for YOU!

Read Romeo and Juliet through the jaded eyes of the Snark Master himself! You'll see the hilarity of Romeo's fake sensitivity, the antics of the drunken nurse, and the idiocy of most of the town of Mantua. So, put on your snark goggles and take a new look at this literary classic!