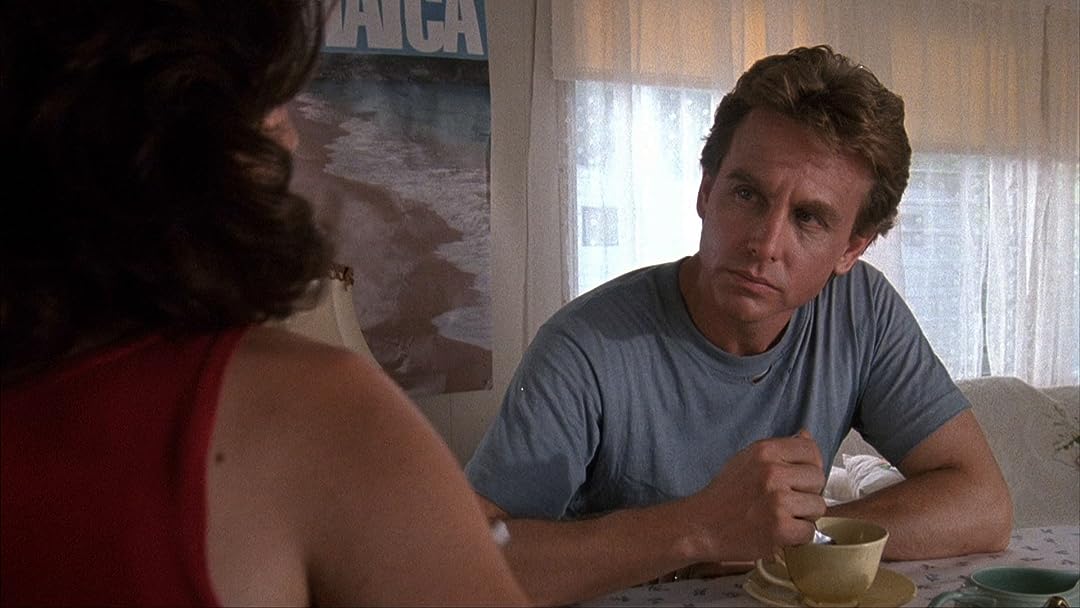 (822)5.01 h 26 min1990R
Based on a frightening Stephen King story about workers menaced by a giant mutant rat-bat while cleaning a textile factory basement.

Leaves AMC + in 5 daysRentals include 30 days to start watching this video and 48 hours to finish once started.

Included with AMC + on Amazon for $8.99/month after trial

Watch with AMC +
Start your 7-day free trial
Add to
Watchlist
By ordering or viewing, you agree to our Terms. Sold by Amazon.com Services LLC.
Write review

The good:
1) Unlike most bad horror movies, it had well defined entertaining characters. I found the characters to be one of the best parts of this movie. I especially liked the main character, the boss, and the exterminator. I liked the motley crew of factory workers and their antics.
2) The setting was very atmospheric, uniquely creepy, and entertaining. I liked the whole caricature of terrible working conditions in factories. It was pretty funny to see the OSHA recommendation to shut down which we saw briefly.
3) This movie taught me what it meant to be creeped out by rats. Previously I had always found them cute. Some really disturbing imagery with them staring down with their beady eyes. And the story told near the beginning was particularly revolting.

The bad:
1) I found the 'monster' to be a bit cheesy. But hey it kind of fits with the slight cheesiness off this movie.
2) The gross parts and gore of this movie turned me off. I prefer the more thoughtful creepiness that is usually found in Stephen King movies. Particularly in the final scene - I felt my stomach turning uncomfortably. Yuck. I suppose the gore could be a positive for some people though.

Overall, this movie surpasses the vast majority of horror movies out there which have more nebulous ill-defined characters, lack of entertainment, and uninteresting settings. Despite its cheesiness, there was more intelligence behind this one.

Michelle J. BurnoreReviewed in the United States on March 23, 2019
2.0 out of 5 stars
Stephen King's brilliance, once again mangled by Hollywood
Verified purchase
It is so rare, when a Stephen King novel is done correctly, that it tends to win Oscars, when it IS. I was hoping for the story he wrote, and instead got a gore flick with a bat-rat-skinless thing. I DID however, appreciate, that they at least TRIED to bring King's characters to life, and show them in their every day lives, before the "clean up". It wasn't enough. I am again disappointed. It takes a movie staff, that truly appreciates King's work, to make it happen. The mini-series "The Stand", "Shawshank Redemption", "Green Mile", "Stand by me". It CAN be done. When movie folks just want to steal his magic without actually GETTING it? We end up with this.
12 people found this helpful

John's Horror CornerReviewed in the United States on October 8, 2020
4.0 out of 5 stars
Stephen King’s gory, slimy, 80s creature feature is a monstrous good time that really holds up.
Verified purchase
What a surprisingly fun and gory monster movie this turned out to be. This movie held up so much better than I could have imagined. There’s nothing prosaic going on here, just a well-made straightforward slimy monster movie… and for that, I love it.

This Stephen King classic has a strong cold open. This first death scene had some personality to supplement its desired mystery (i.e., the off-screen death). Considering we see very little of our killer, it was still very satisfying and tactfully executed. Also rather cheeky considering the victim dies after spending 5 minutes basically lecturing an audience of basement rats.

The old textile mill in a small Maine town has a flooded basement, decades of debris, an alarming rat infestation, and poses a significant health and safety risk to any who enter. Desperate to pass a safety inspection, the shady manager of the mill bribes the safety inspector to buy some time and forms a graveyard shift clean-up crew (including Andrew Divoff; Wishmaster 1-2, Lost, Faust: Love of the Damned). He also hires a very enthusiastic exterminator (Brad Dourif; The Hazing, Child’s Play, Curse of Chucky, Cult of Chucky).

Not long after, a second accident steals away another employee complete with some monstrous creature effects. The monster effects are pretty great considering we never see much at once. The realistic eyes, the big wings and claws, the gaping wet esophagus when its mouth is open. As deaths progress, we also enjoy some dismemberment and a shredded beef-flinging bloody stump. We come to discover that the creature wanders a network of mines under the mill which connect to catacombs of the neighboring cemetery.

By the end, the textile workers have turned against each other and are making short work of each other as the monster patiently picks them off. Somehow, the monster always seems to be where it needs to be throughout this labyrinth of forgotten mines. I was beginning to expect there were a lot of creatures.

The cavernous lair and its sea of bones was an awesome sight. But, oh my, when we finally truly see the monster… it’s a slimy gross animatronic delight! A lot of care went into this beast. Its ear twitches, mouth movements and the way it articulates its slimy claws give it life. And while I love this thing’s appearance, why the heck does it look like its completely covered in snot? The thing appears to be a giant bat… with a prehensile rat tail. We get to see quite a lot of this gloriously disgusting monster. If I’m being honest, it’s pretty great and well worth the wait. Plus, it comes to a super chunky gory end.

For his only feature film ever, director Ralph S. Singleton did a great job. I really enjoyed this movie. The story is very linear, easy to follow, but still very satisfying.

Overall this was actually considerably better-paced, gorier and more exciting than I had remembered (having last seen this in the 90s). The monster looks great and it all really holds up!
3 people found this helpful

A. RoseReviewed in the United States on February 14, 2019
3.0 out of 5 stars
Turns a wonderful story into just another monster flick
Verified purchase
This is adapted from a short story by Stephen King. Unfortunately, the people responsible for adapting this one did not do a very good job. The original King story was a horror tale that provided a standing commentary on evolution and how it can go tragically awry when influenced by man, whether intentionally or not. This film has taken the background of this incredibly nuanced story and turned it into simply another gory monster flick.
In an old textile mill in New England, a drifter named John Hall finds work running a picking machine. The mill suffers from a very bad infestation of rats, and the owners must clean it up or have it shut down. So, during the week-long 4th of July closure, Hall and some of his fellow workers are assigned to clean out the basement area. During their labors, they make the astonishing discovery that there are actually several levels of this basement, and the bottom one holds a horrifying secret.
David Andrews, a character actor who has made appearances in many hit television series, stars as Hall. Kelly Wolf co-stars as his friend and possible love interest, Jane, and Stephen Macht appears as the sadistic mill foreman, Warwick. There is also a character that was not in the original story called The Exterminator played by Brad Dorif, and it is quite obvious that this weird, quirky part was created just for him. The acting in this is actually good, but the script has its problems. There is no premise, no cohesion to a storyline, and no comradery among the cast, even when their characters are supposed to be getting along, which is seldom. Most of the time they are required to simply stand there and shout obscenities at one another, when they are not being torn apart by the very fake looking monster. Of course, as a simple monster movie, it does do the job. There is enough stage blood spilled to keep even the most avid gore fan happy. So, if you come to this one looking for nothing that will do the original King work justice, then you may not be disappointed.
5 people found this helpful

TA SparksReviewed in the United States on January 31, 2019
2.0 out of 5 stars
Suprisingly bad.
Verified purchase
I hate to say it but this movie was just plain bad. Casting was okay but the acting was was overdone and the movie was very boring. The action all happens in the last 20 minutes. This is a bad movie even if I was basing it solely on 80s standards. My least favorite Stephen King book movie.
4 people found this helpful

zestyReviewed in the United States on January 5, 2019
2.0 out of 5 stars
Really Boring
Verified purchase
The plot was confusing, and there was too much dialogue that was repetitive. Not worth a watch.
11 people found this helpful

free_laborReviewed in the United States on March 12, 2021
2.0 out of 5 stars
Typically bad 80s/90s King adaptation, for completists only
Verified purchase
Back when they were adapting anything with Stephen King's name on it, this was ranks towards the bottom of the pile.

Lead actors pretty uncharismatic, subplot is boring, ends with glop-o-la monster getting pulled into a cotton… grinder? Villain boss (Macht) not bad, only interesting actor in it beside Dourif. Brad Dourif (Child's Play, Exorcist 3) lays it on thick, but should have won an Oscar for his Vietnam rat story/monologue. Only Jeffrey Combs can deliver terrible, terrible, b-movie horror dialogue with as much conviction as Dourif.

King kills all the women. Only black character is treated badly by everyone. A lot of hypermasculinity, although it's not generally portrayed in a good light. All the local townies are "@$$holes."

In other words, for nostalgia buffs and Stephen King completists only.
See all reviews
Back to top
Get to Know Us
Make Money with Us
Amazon Payment Products
Let Us Help You
EnglishChoose a language for shopping. United StatesChoose a country/region for shopping.
© 1996-2021, Amazon.com, Inc. or its affiliates