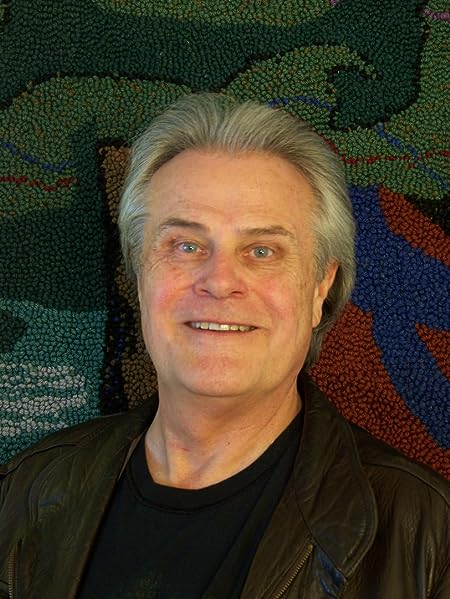 Stephen Ross practiced law until retiring in 2017. His first novella, MEMOIR FROM HELL, received the 2019 Reader Views Reviewers Choice Award and the 2019 Independent Author Network Book of the Year Finalist Award. It was praised by Reader Views as “realistic and genuine … the ending is dramatic and haunting,” and by author Anthony Avina as “an emotionally charged novel that needs to be read.” Stephen’s other work includes, POWER LUST, a legal and political thriller set in California, and a supernatural thriller, THE VISITOR. Born in Iowa and raised in Nebraska, Stephen now lives in San Diego, California. When he’s not writing, he enjoys reading, hiking, camping, and movies. He can be reached via his website at www.stephenrossauthor.com on Facebook at www.facebook.com/stephenrosswriter, on LinkedIn at www.linkedin.com/in/stephen-ross-639114105, and on Twitter at www.twitter.com/stephenross48. 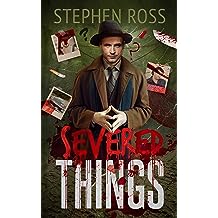 Small-town detective, Vince Nolan, is on the trail of an unknown psychopath.

The clock is ticking . . .
Read more
Other Formats: Paperback 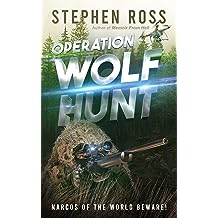 OPERATION WOLF HUNT Oct 8, 2020
by Stephen Ross
( 2 )
$4.99
Luke Garrett is the world's best sniper, with 181 confirmed kills. Chuck Reagan is his spotter. Both men recently retired from the SEALs and are living peaceful lives far away from the savagery of war in the Middle East.Carlos "El Lobo" Quintana is a vile and notorious drug lord responsible for the death of hundreds of thousands of people and the suffering of millions more. The CIA wants to stop him, and they want Luke and Chuck to do it.Will they accept the challenge for the greater good? If they do, will they succeed?
Read more
Other Formats: Paperback 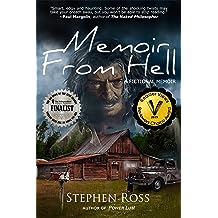 MEMOIR FROM HELL Mar 15, 2018
by Stephen Ross
( 4 )
$4.99
~2019 READER VIEWS REVIEWERS CHOICE AWARD2019 INDEPENDENT AUTHOR NETWORK BOOK OF THE YEAR FINALIST AWARD~A child’s life should be idyllic: filled with friends, abundant joy, and carefree days of endless possibility. But that was not to be for Jake Malloy and his little sister, Dory. Their lives traversed paths upon which no child should tread.As a young adult trying to overcome the past, Jake chronicles the events that destroyed the possibilities and turned life for the Malloys into a living hell. Will Jake and Dory ever be able to lead normal lives? Only time will tell.A fictional memoir not for the faint of heart.
Read more
Other Formats: Paperback

POWER LUST Mar 25, 2016
by Stephen Ross
( 8 )
$4.99
With the election fast approaching, influential California State Senator Max Johnson was behind in the polls and in desperate need of cash to jump-start his campaign and sway the minds of voters. When a tragic accident on a Los Angeles freeway provides diabolical insurance mogul, Adrian Fitch, with an opportunity to circumvent the campaign contribution laws and funnel much-needed funds to him, Max falls for the plan—a decision that would prove deadly. Young lawyer Tom Davidson could not have anticipated what he was getting himself into when he took on his first case. Things not taught in any law school class.You won't want to stop reading!
Read more
Other Formats: Paperback 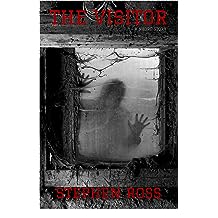 THE VISITOR Oct 5, 2015
by Stephen Ross
( 4 )
$0.99
The morning broke like every other in the small Midwestern town of Porterville: quiet and peaceful. It's a farming community where church basement potlucks and Sunday drives in the country are the main sources of entertainment. Nothing much ever happened there until the arrival of the visitor. Eighty-six year old resident Ima Plummer could not have imagined how her day would end when she awoke that fateful Wednesday. You won't want to stop reading. THE VISITOR is a 4927 word, around 20 pages, suspense-thriller short story.
Read more